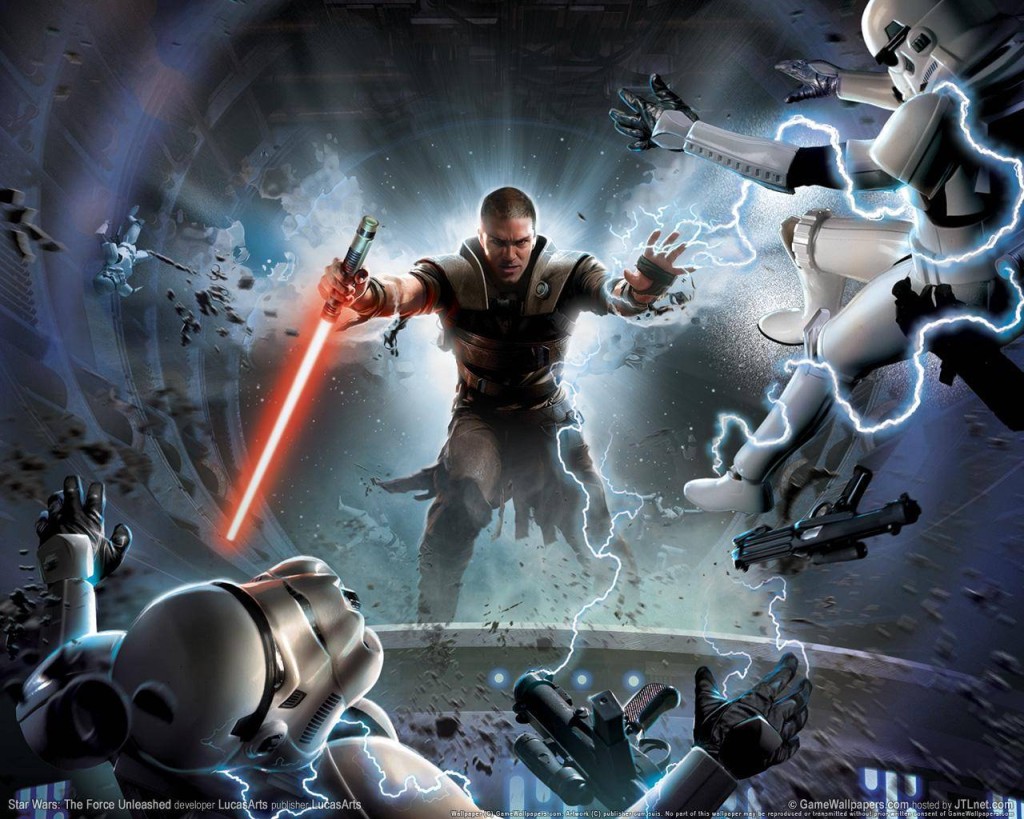 For better or worse, The Force Unleashed is the Star Wars game I remember most fondly (largely because I missed out on the famous KOTOR by not owning the original Xbox). While no longer canon, the game focuses on Vader creating his own apprentice in Starkiller in between Revenge of the Sith and A New Hope. Because of Starkiller’s conflicted nature, players get to experience the struggle between the dark and light side while getting all the fun of using Sith Lord powers. While the game has its share of narrative issues, the combat is what stands out. Even controlling Vader to slaughter wookies on Kashyyk indulged our most evil desires (whether we care to admit it or not). Combining lightsaber combos while chucking enemies to and fro using the force is an immensely satisfying experience. Players could even upgrade Starkiller with new powers as well as change his lightsaber’s crystal providing new colors and effects. It satisfied all of my desires to play as a powerful force-user.

Admittedly, I don’t have many memories of arcade games, but it’s impossible to forget making my first run at destroying the Death Star. The Star Wars Trilogy Arcade takes full advantage of the cockpit-like setup by allowing you to pilot various vehicles during pivotal movie moments. Players will take out hordes of Ties while engaging the Death Star above Yavin, take on AT-ATs during the battle of Hoth, and even drive a speeder bike through the jungles of Endor. Outside of the vehicle combat, players will also get to fight first-hand in the tunnels of Hoth’s Rebel base as well as control Luke during his conflict with Boba Fett and Darth Vader. The latter is an intense lightsaber duel at the end of Return of the Jedi that caused me great frustration as a child. Nevertheless, getting to experience these beloved moments from a first-person perspective remains one of the greatest achievements for a Star Wars game to date. 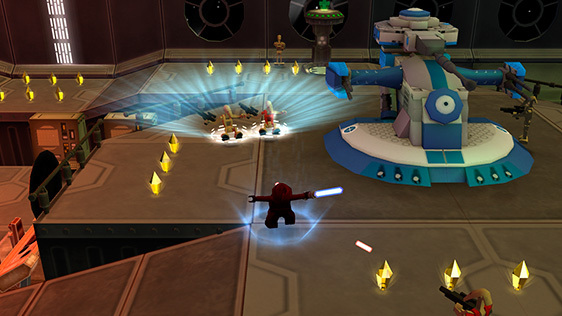 Nothing spells unlimited creativity and bare enjoyment for kids like LEGO. But when those colorful bricks are paired with the Star Wars franchise and crafted into a video game, simple, absolute fun is found for every player. The LEGO Star Wars series is an adventure game anyone could pick up and play. It features an extremely accessible drop-in, drop-out co-op experience as well as a very forgiving difficulty. Dying, in LEGO Star Wars, isn’t a synonym for frustration or a cue to yell at your friend, but rather it is only a small lapse between jumping back into the fun. Many famous Star Wars scenes are also hilariously recreated in LEGO form. There’s plenty to be said about the LEGO Star Wars series, but it’s first and foremost a fun little game for everybody.

As of writing this article, Star Wars Battlefront II celebrated it’s 10 year anniversary of its U.S. release date exactly one year ago. Battlefront II offered players not only an incredible amount of diversity, but all of it was well thought out and well made. This included the core third-person gameplay, the space battles, the campaign, galactic conquest, and of course instant action. My personal favorite of these modes is instant action, which offers the players different game modes to play on various planets from Star Wars lore. These game modes include Capture the Flag, Hunts (essentially one faction versus another), Space Assault, and the Mos Eisley exclusive mode Hero Assault. Hero Assault is probably where I spent most of my time with this game. Two of my closest friends and I would spend hours among hours battling it out against each other, teaming up against the A.I., and mostly just messing around with the different heroes to find fun ways that we could fight and ways that we could move around the map. The countless hours of entertainment, along with some incredible memories, is what makes this game one of the best, if not the best Star Wars games that I have ever had the privilege of playing.