Top 10 Most Heartbreaking Moments in Games

During a blitz ball tournament Zanarkand city is attacked by “Sin”. The city is destroyed and Tidus and Auron are taken to Spira. After arriving to Spira Tidus learns of the destruction caused by Sin. He meets Wakka, who introduces him to Yuna. Tidus travels with them and eventually becomes another Guardian to Yuna. He becomes determined to find a way for Yuna to live after defeating Sin and not die like all the previous summoners before her.

Out of the all the emotional scenes this game has to over the ending is the most heartbreaking. After defeating Sin, Seymour, Jecht, and finally Yu Yevon the cycle has officially ended. The spirits of Spira’s faith are freed. First to go will be Auron, who reveals he really died years ago. Next, Tidus begins to fade. He and Yuna already aware of what is going to happen. Yuna unable to accept it tries to run after him, but only fazes through. The emotion moment combined with the moving music even now I’m tearing up.

Nothing pulls at your emotions more than a zombie apocalypse. Your friends, family, and lovers all turn into blood-thirsty monsters just yearning to rip your throat out. While each zombie-filled story has sad moments, nothing is quite as sad as Naughty Dog’s The Last of Us. You’re introduced to the story through the life of Joel and his daughter Sarah. The zombie outbreak is quickly upon this small family, though. Joel, Sarah, and his brother Tommy, traverse their way through their chaotic town looking for a safe haven. This is where the game, and it’s heart-breaking story, really took me for a turn. I fully expected Sarah and Tommy to be attacked and killed by the many zombies running around. Instead, a healthy soldier opens fire on Joel and his young daughter. The mercilessness the soldier showed for two seemingly healthy civilians hurt so much worse than if Sarah was eaten alive by zombies. Having her fatally wounded by a soldier following orders in a time of danger shows how cruel humans can really be. Joel is constantly reminded of this cruelty each time he looks down at the beautiful watch Sarah gave him. 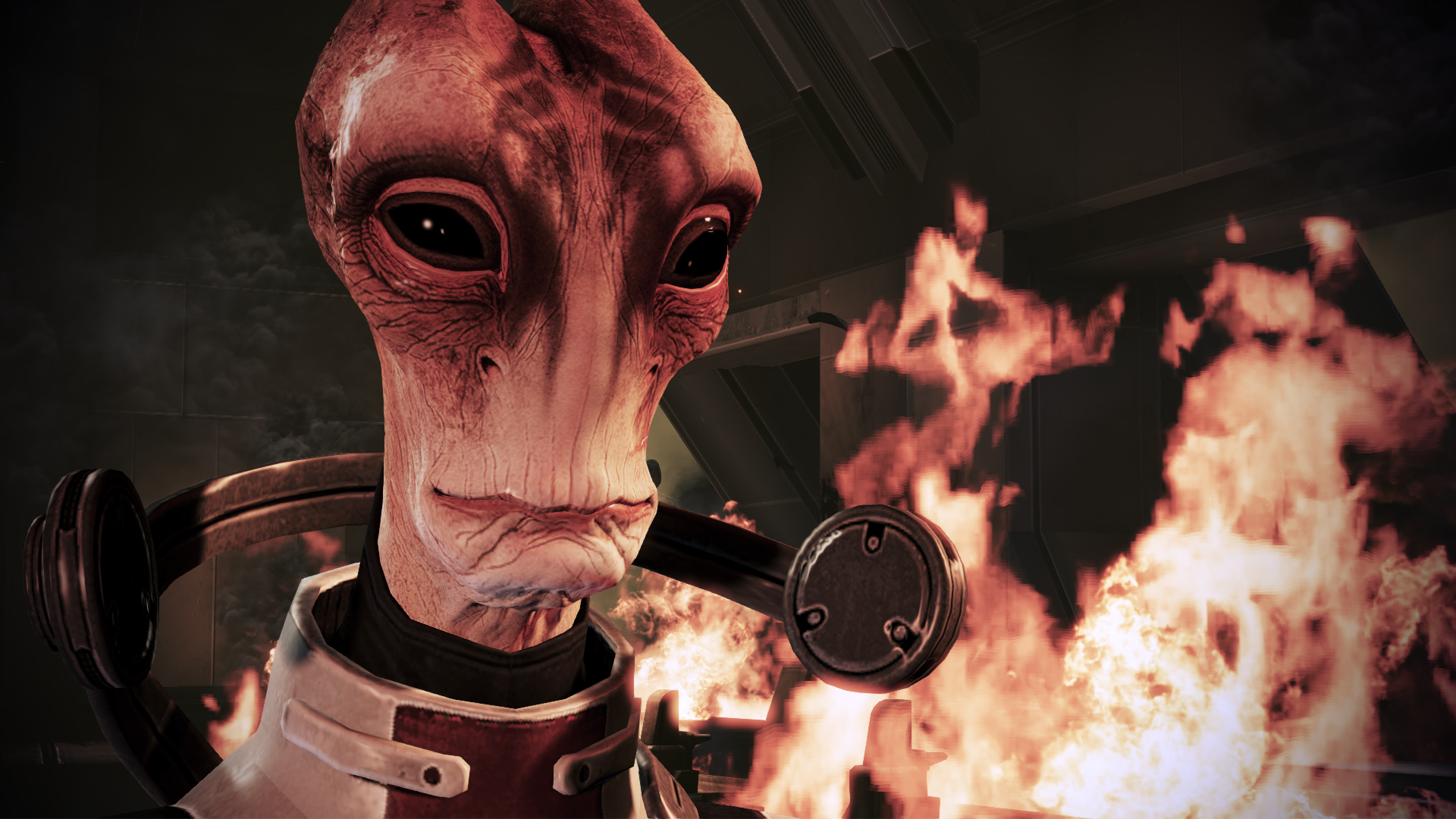 There are quite a few deaths in the Mass Effect universe (especially if you’re a renegade asshole who doesn’t do any loyalty missions), but one death really tugged at our heart strings. Our dear Scientist Salarian was the worst death I experienced in the Mass Effect franchise. Ashley never ceased to annoy me, Jenkins was just doomed from the start, and all the others were easily saved by completing said loyalty missions. I must say, Legion (or Tali’s) death is a very close contender. But there is just something about Mordin bravely marching into certain doom with a spring in his step and a song on his lips (do salarians even have lips?) that really got to me. His work with the genophage and his internal conflict regarding his involvement finally came to a head on Tuchanka. What I loved about Mordin was his development regarding the genophage; he firmly believed what he did at the time was right and his actions on Tuchanka with Shepard were also right. These beliefs led to him sacrificing himself in order to save thousands of lives. Though he really would’ve liked to run tests on seashells.

Lost Odyssey, a game by legendary game icons Hironobu Sakaguchi and Nobuo Uematsu and published by Microsoft, is a heartbreaking adventure through and through. A story about an immortal is sure to be filled with its share of depressing moments, but the majority of Kaim’s (the protagonist) memories, which you discover on your journey in the shape of novellas, are filled with saddening tales, as no one lives forever – except Kaim. But the truly heartbreaking moment of Lost Odyssey, one of the greatest games of last generation, is in its curtain call. Seth, a fellow immortal and mother to Sed, a human who now appears much older than his mother, chooses to hold the villainous [name] so that they both are sent back to their own world, where they will age and, inevitably die. She makes this decision while her son bawls; he’s heartbroken because he’s only been recently reunited with his ‘mama’.  This game has all the works: seeing the twins’ mother pass away in front of their eyes, learning that Kaim’s daughter was murdered (which is why he and his wife forgot most of their past), and watching Sed sob while his mother saves the world. Who wouldn’t be emotional after that?