Who doesn’t love giant robots? When you get right down to it, there’s something just straight-up fun about the idea of humongous mechanical creatures soaring through the sky blasting each other with laser beams and rocket launchers. Whether they’re battle-scarred from deadly wars or loaded to the brim with over-the-top weaponry, you know you’re in for a good time if a game has a mecha in it. Strap in and prepare for take-off as we count down the Top 10 Mecha in Gaming. 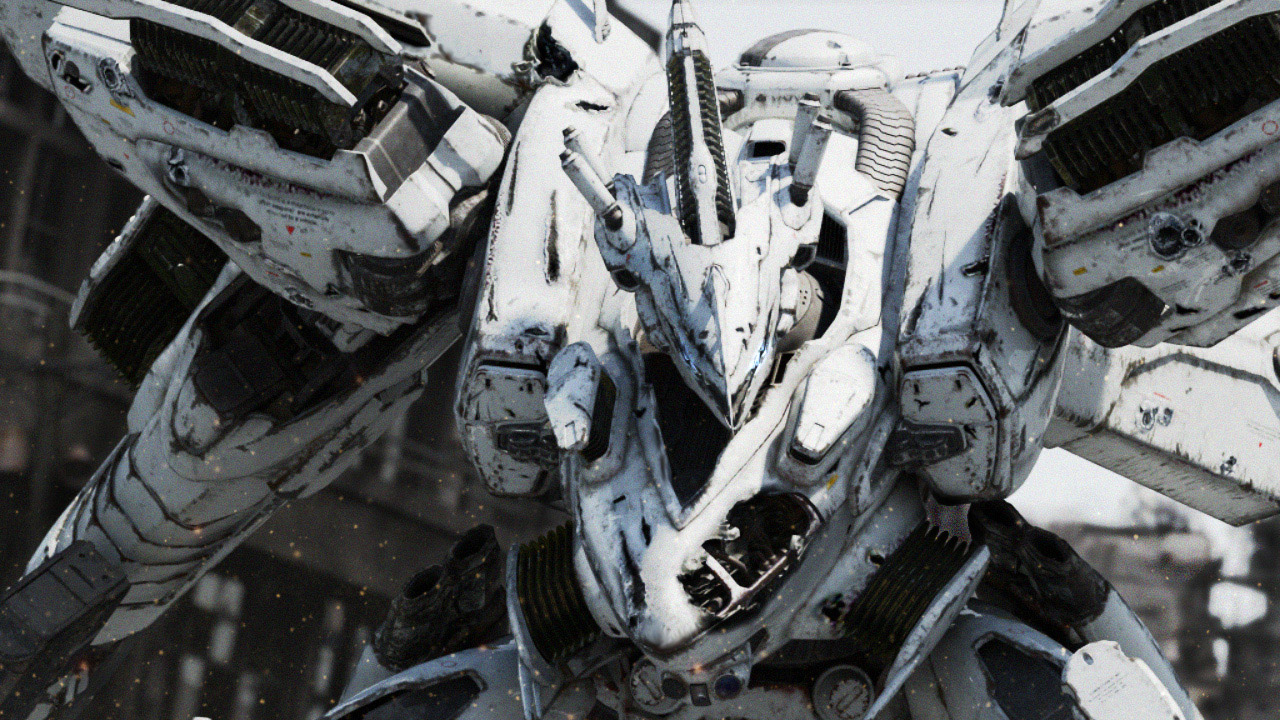 Of all the games on this list the Armored Core series of games has the most workman like approach to the idea of mechs. Players don’t form a bond with their mech the way they would with a well written character. Instead, mechs are highly customizable tools meant to be tailored to a specific playstyle. This makes the relationship that players have to the game more like the relationship they might have to a project car they are tinkering around on, or a PC they’ve built, or a Gunpla model, in keeping with the theme of this list. That’s why it’s “Your Favorite Build” and not some fancy, overwrought mech name because the fact that you made it is what makes it important. That, and the fact that most of the Armored Core mechs only have the names players give them anyway. 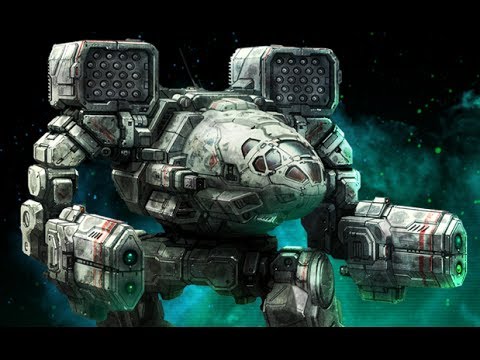 Choosing the Timber Wolf as the representative of all the mechs in the Mechwarrior universe may seem a bit on the nose. The machine has been the poster child of the series for a very long time. The Timber Wolf has been seen on so many video game, tabletop game and  book covers that it’s bird-legged, bullet-bodied, spindly-armed silhouette now practically defines Mechwarrior mechs. This close association is well earned, though, because the Mechwarrior take on mechs is very much about lumbering, unwieldy weapons platforms shooting at each other from long range. While other series are about mixing things up in close combat or far future anime style space conflicts, Mechwarrior is, mostly, about stomping up to a position and blasting away at a dot on the far horizon until it explodes or until your mech overheats and the Timber Wolf, if nothing else, is good for that.

We had to put a Gundam on here; it’s practically the law for any mecha-related list. The Extreme Gundam Type Leos is a brightly-colored Mobile Suit piloted by the kindhearted Leos Alloy. His mission: track down and stop the Leo’s sister machine, the unmanned Extreme Gundam (now under the control of a nihilistic AI called EX-). The Type Leos can take on a number of configurations by recording data from other Gundams from throughout the franchise, and each form alters Alloy’s personality in different ways. Alloy rages with a hot-blooded drive to win in the gaudy Xenon Phase, pulls the stoic loner act in the Eclipse Phase, and takes on a gentle disposition in the winged Agios Phase. These personalities mirror a few of the franchise’s most well-known heroes: G Gundam’s Domon Kashuu for Xenon, Gundam Wing’s Heero Yui for Eclipse, and Gundam Seed’s Kira Yamato for Agios. Taking from the past to fight for the future, the Type Leos is an extremely versatile and unique entry into the Gundam canon. 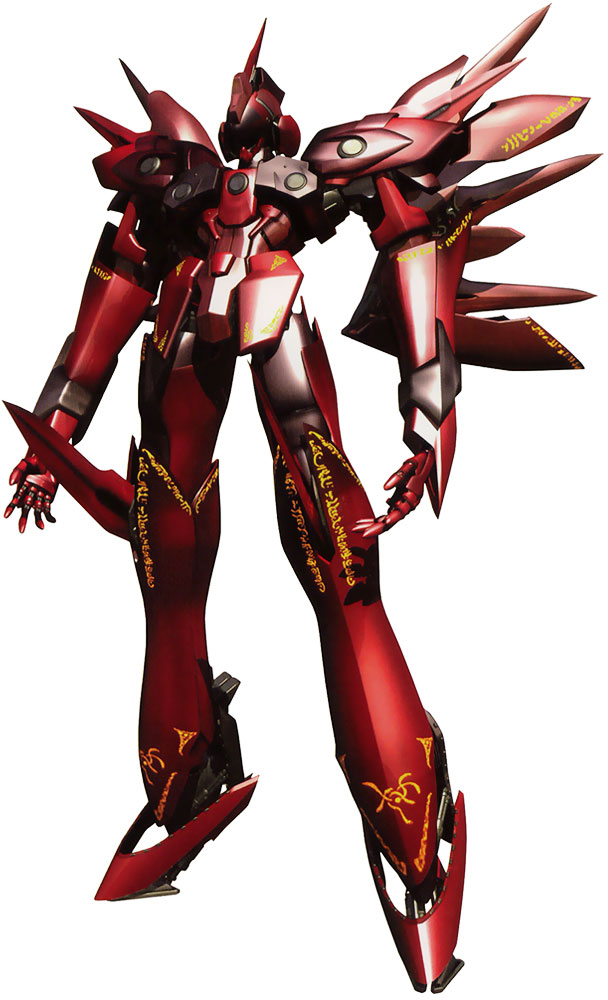 While Weltall is not the most powerful or cool looking mech in the Playstation classic Xenogears, it is easily the most important from a story perspective. If Fei Fong Wong, the game’s protagonist, doesn’t find Weltall and try to pilot it at the start of the game there would be no game. The mech catalyses the story throughout the rest of the game in multiple forms. As Xenogears progresses the narrative shifts from a fairly boilerplate hero’s journey to more of a psychological examination of Fei and Weltall shifts with it. The Mech undergoes several transformations as Fei’s character is tested and he ultimately find his place in the world. Some of the other entries on this list use the humanoid form of mechs to build a character while Weltall uses that same form to reflect the personality of the main character making it one of the more innovative examples of the use of a mech in games.

6. Jehuty – Zone of the Enders 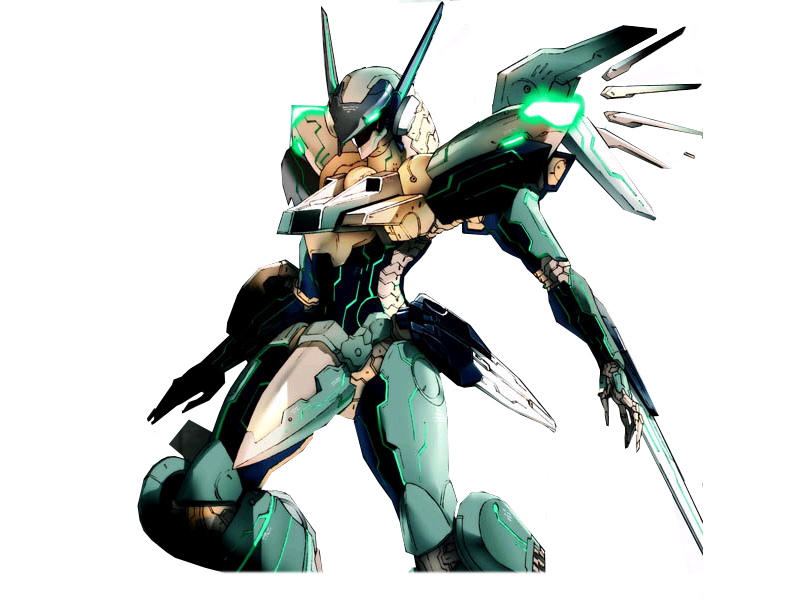 When you take Hideo Kojima’s storytelling sensibilities and blast them into the far flung anime future you get Jehuty, the main mech of the Zone of the Enders (Z.O.E.) series. One of a set of twin machines, Jehuty and Anubis, created by a sinister cabal in furtherance of mass destruction. Much like a pair of twin super-soldiers, Solid and Liquid Snake, created by a sinister cabal bent on world domination. Jehuty is also considered the weaker mech at the start of Z.O.E 2 but by the end of the game is shown to be the stronger of the twins, much like the events of Metal Gear Solid. Obviously the parallels break down with the addition of Solidus to the Metal Gear series but the recurring theme of twins fighting for dominance in Kojima’s work is still interesting. The Kojima connection aside Jehuty would still make this list because it is a triumph of design. Looking at the final in game models of Jehuty next to the early design sketches drives home how well the Z.O.E. development team adapted the fluid lines and futuristic elements of the mech to PS2 era graphics, which was no mean feat.