It’s difficult to sum up just what makes Zelda, well Zelda. Everything from the adventurous vibe to the grand music culminates into an epic package that is impossible to emulate. If there is one thing that really nails what makes a Zelda game, it’s the dungeons. Dungeons may not be unique to the Legend of Zelda franchise, but the aforementioned series does it in such a way that its ilk do not. It’s a staple; enter dungeon, solve puzzles, get cool item and beat the boss with said utensil. It’s a tried and tested formula, with the majority of these dungeons being enjoyable featuring the few that have gone on to become iconic within gaming. This list is dedicated to those temples, caverns and chambers that prove the best in The Legend of Zelda games. 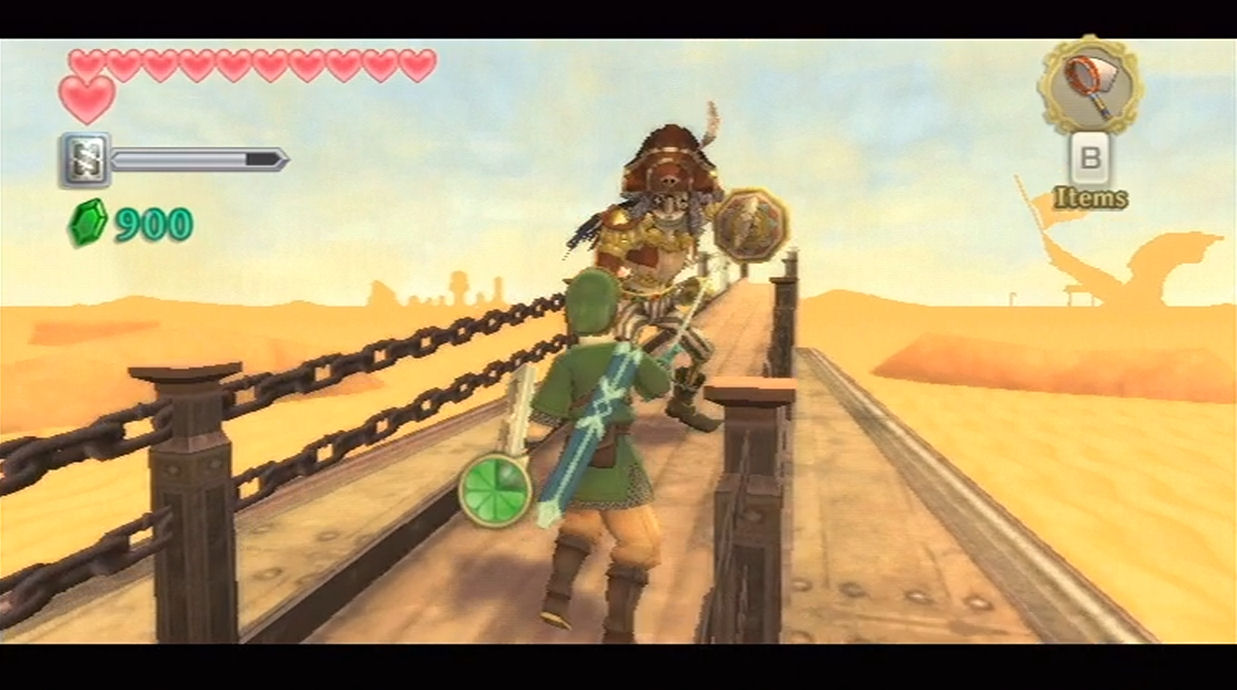 This vessel is the protector of Nayru’s Flame, one of the Divine flames. The vessel was once captained by Skipper before being taken over by Pirates. The vessel contained a TimeSkip Stone, this item can alter the ship’s time between the past and present. It is switching between the two times that will allow for navigating the ship’s obstacles. This isn’t the first time Zelda fans have switched between planes of time, but the containment and use of it in one dungeon bring an interesting mechanic. To top off with a huge Final Boss, the Abyssal Leviathan, Tentalus. The large monster nearly destroying the ship with it’s massive size. With just the glaring weak-point of the eye at its head that will require using the Bow between attacks to create openings.

9. Tower of Hera – A Link Between Worlds 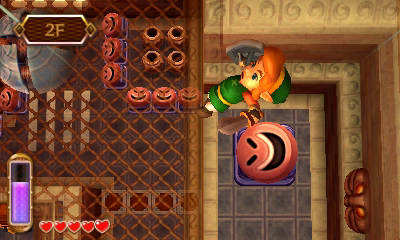 Two dimensions often limit Zelda dungeons into utilising simple lateral thinking when attempting a puzzle, or relying on some form of combat. Later Zelda games were able to adapt this a bit further once the polygonal age was reached, with multiple layers of literal depth added to the obstacles facing Link and the player. The Tower of Hera is a fine example of how this can be overcome, adding a fun twist on the classic Zelda dungeon formula, pushing the player to experiment and use the magic hammer in creative ways. Scaling the tower this way adds to the sense of accomplishment involved with the dungeon as Link forces his way to the top. The added bonus to this dungeon is its homage to Link to the Past, hitting the nostalgia button hard. 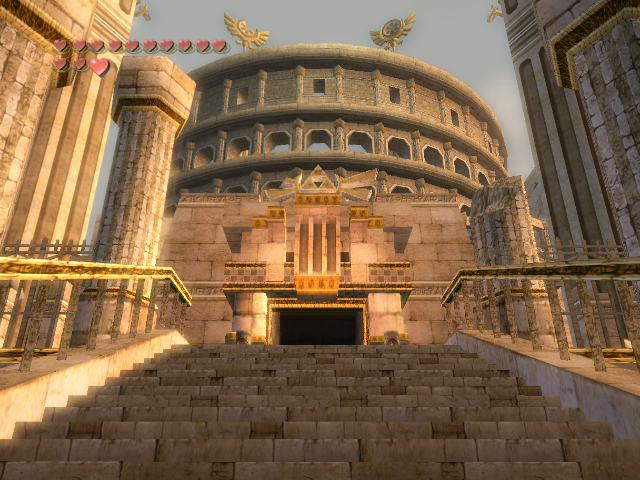 After making it past the Bulblin Camp it is time to actually get into this dungeon. Arbiter’s Ground was once a prison for criminal awaiting trial, execution, or banishment into the Twilight Realm. This is the area that is home to Mirror of Twilight that links the two worlds. The dungeon is filled with Undead enemies including the mildly frustrating ReDeads and Ghoul Rats. The dungeon also require utilizing both normal Link and his Wolf form. At least up to the point where the Spinner is obtained. The Spinner is a top that allows for quick movement along the rail lines embedded into walls. With the need to avoid the blade traps that run along those same lines. 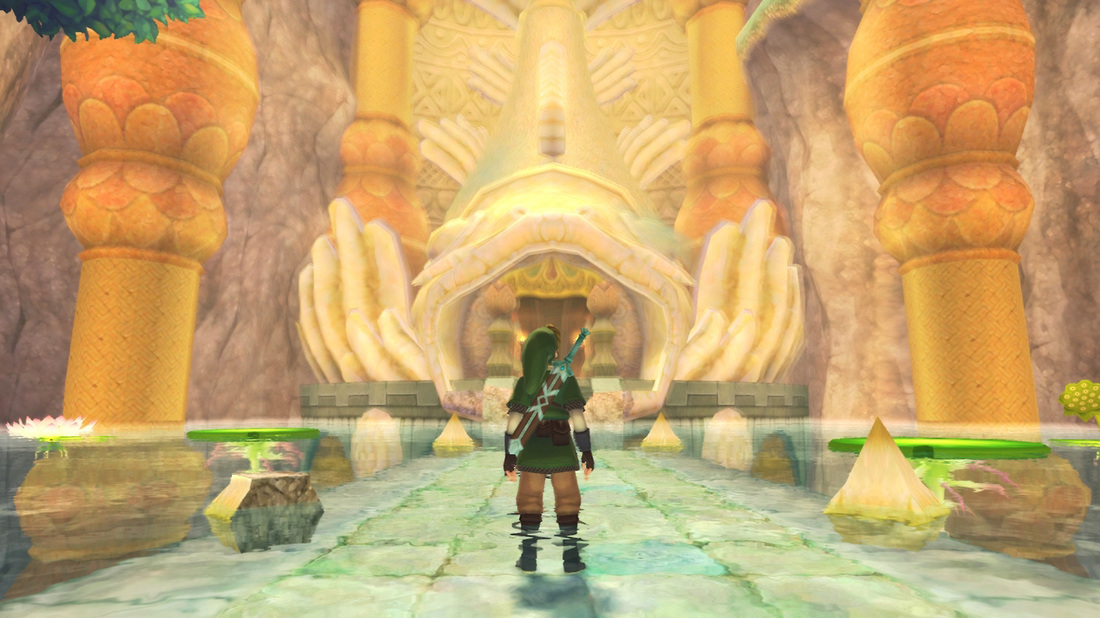 The water-themed temple of Skyward Sword. The temple itself looks beautiful with vibrant colors. It is a tranquil dungeon. Until finding the deeper underground that can be reminiscent of the underworld. The two contrasting styles composed within one dungeon do well to make this a unique and eye catching experience. Capped off the dungeon with the Final Boss Koloktos, a gift from Ghirahim. The Ancient Automation is a statue with 6 arms. The fight requires the whip to literally disarm him for enough time to get hits at his chest.

Many people out there have never fully experienced the final dungeon in Majora’s Mask. The reason is, in order to so, you need to acquire every single mask in the game. At the game’s finale, upon entering the mouth of the moon (don’t ask), Link finds himself in a beautiful, serene pasture, with a lone great tree topping a small hill a short distance away. It’s an ethereal haven; the imminent doom you were just dealing with all but melts to the back of your mind as you’re overcome with calmness. Even stranger, dancing around the tree are five children, all wearing masks; four don the masks of the temple deities as they dance and chase each other. One, the lonely child at the base of the tree, sits sullenly behind Majora’s Mask. The dancing kids will ask you for some of your masks, and if you oblige, they ask to play “hide and seek,” prompting you to enter a sort of mini-dungeon. Don’t let the “mini” fool you, however, as these trials will push your skills to the limit (anyone who remembers the treacherous Goron trackway knows what I’m talking about). Upon finishing each dungeon and finding the masked child at the end, they’ll request even more masks (greedy little brats), then disappear from the pasture when you teleport back. Once it’s just you and the lonely child, he finally gives you the best weapon in the game: the Fierce Deity Mask.