A main-stay of fantasy and science fiction dating all the way to Tolkien and beyond, Elves have been a staple of the genres. With excellent writing and strong characterization, the fantasy species has become an expectation for any game in the genre. Here are some of the well crafted and engaging elves in gaming.

Most elves would more commonly be associated with magic but Alleyne is special in that she is skilled in the art of fighting to the point that all her fellow elves see her as a great teacher and the one ‘Fighting Master’. Don’t be fooled by her appearance though, this mystical elf is actually over one thousand years old! Yes, the great teacher from Queen’s Blade won’t hesitate to rate your skill by scoring it, so if you aren’t up to the task then she won’t hesitate with low marks. Despite this, she still has her kind moments and is always willing to take on an apprentice or two despite the disapproval of others. She even goes against her elders in order to protect her own apprentice so if Alleyne is your teacher then you know she has your back!

Likely the fastest elf on this list, Stallion is the speed based braggart of Suikoden and its sequel. Even the name is an obvious hint at the character’s speed.

Stallion becomes fairly useful throughout Suikoden 1 + 2, giving the party the ability to walk at double speed on the world map, which is a godsend when trying to 100% the game. The unabashed elf is a competent combatant, working well as a high-speed archer.  Despite his combat prowess, Stallion is actually recruited through getting the player to flee battles. Apparently this proves that the main character is faster than the speedy elf, bringing him into the crew. Some nice JRPG logic right there.

First introduced at the Dragon Rider, Judith is on a mission to destroy the Blastia. They were the creation of her father, but after seeing the destruction she decides to right the wrong of that creation. In Tales of Vesperia she isn’t called an elf, but rather a Krityan. The race is noted for having pointed ears and their revealing clothing that makes them stand out among humans. Her personality is more mature and rational of the group members. Also having a flirtatious side and enjoyment for teasing male members of the group.

For those who have forgotten, Karliah was once one of the top members of the Thieves’ Guild until she was declared guilty of murdering the leader, Gallus, and subsequently banished from the guild. You meet this skilled and deadly Dunmer when exploring yet another ruined sanctum that litters the countryside of Skyrim. You delve deeper into the sanctum with Mercer Frey until you reach the inner sanctum, guarded by a Dragon Claw door, and are shot with a poisoned arrow almost immediately after stepping foot into the chamber. You soon come to find that Mercer is not what he seems, and is the true murderer of Gallus and enemy of the Thieves’ Guild. With both Brynjolf and your help, Karliah is able to expose Mercer of his crimes and is welcomed back into the Thieves’ Guild.

The storyline with Karliah is not only enjoyable, it comes with some of the best loot of the game (for stealth characters at least.) At the end of the quest line, you join the Nightingales and receive a badass set of armor that includes a cloak. A cloak, you guys! The character of Karliah is both intriguing and compelling. I found her to be one of the more well-developed characters in all of the factions. Plus, she’s an Elf, and probably one of the coolest in all of Skyrim. I mean, have you seen her bow? 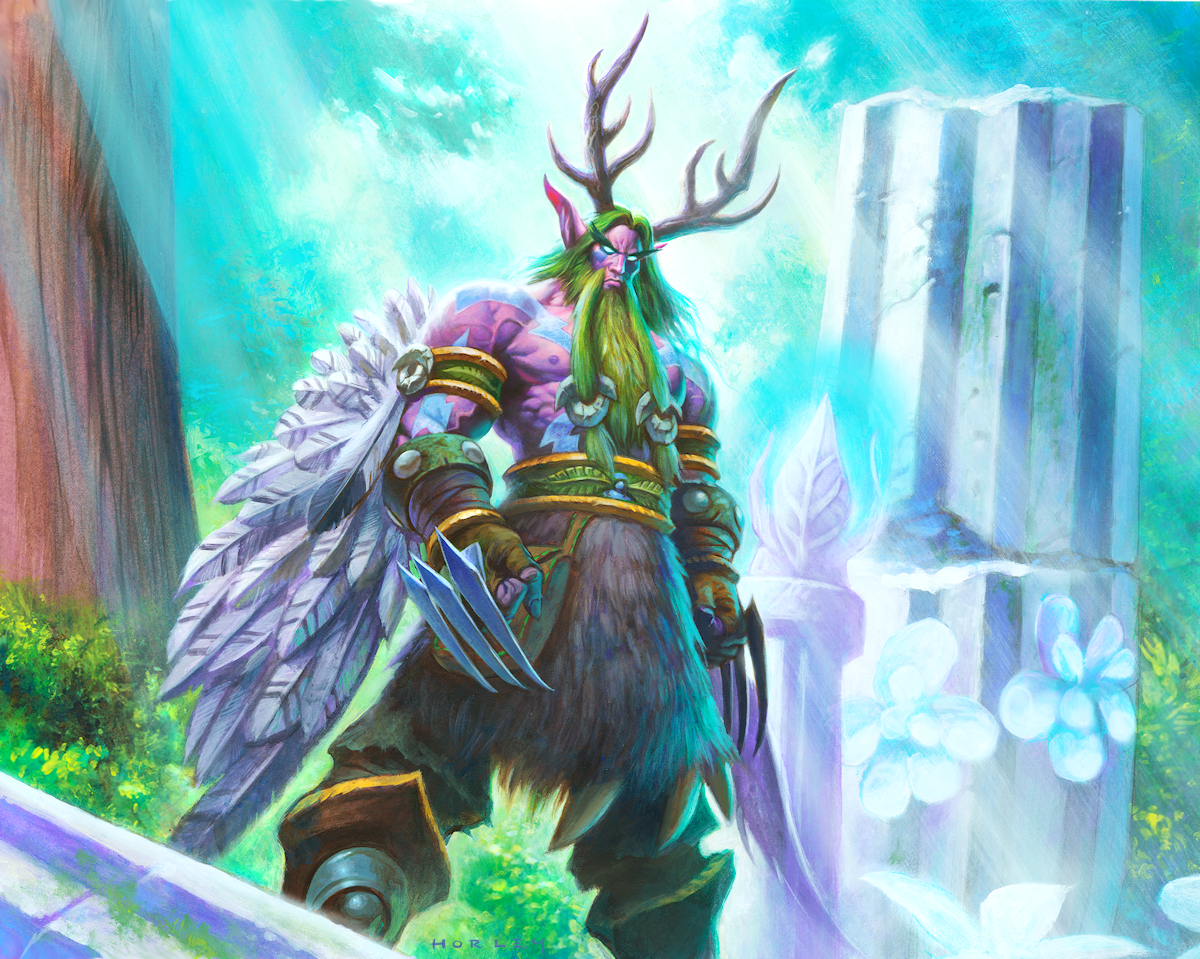 WoW. Warcraft. Hearthstone. Heroes of the Storm. It doesn’t matter which iteration of the druid night elf characters interacted with, Malfurion is one surprisingly deep and imposing elf. Whereas most elves are slim, speedy and agile, Malfurion is a beefcake who protects the wilds of the Grove with nothing but his love for nature. He also has his fashion game on-point, sporting some giant antlers and wings.

In addition to being Azeroths greatest animal rights activist, Malfurion is a competent class to play as on Heroes of the Storm and even rocks some fine cards and strategies in Hearthstone.