Thoughts From a Lapsed Destiny Player

Can Bungie Make a Comeback with The Taken King?

Around this period last year, a little known title known as Destiny (maybe you’ve heard of it) launched for current and last generation Playstation and Xbox consoles. Seeing as Halo is a franchise after my own heart, I was delighted to see what Bungie had in store after relinquishing the title to 343 Industries. The year prior to the 2014 release built up considerable hype for the game leading gamers to believe it could be Bungie’s greatest work yet. The new IP was depicted as a first-person shooter MMO that was the result of a Mass Effect and Halo love affair. To this day, I struggle to think of a more appetizing concept to be explored. However, I quickly discovered that the image conjured in my mind would forever be more entertaining than what was actually delivered.

Don’t get me wrong – many players certainly received their money’s worth with Destiny. I, myself easily sunk over sixty hours into the PlayStation 4 version and reached light level 29 while that was still a significant achievement. But I, like many players, began to realize that the game suffered from issues that only seemed to repeat themselves with each update. Calling Bungie’s attention to these problems only became more frustrating as voracious loyalists to the game seemed all too content with the product as is. 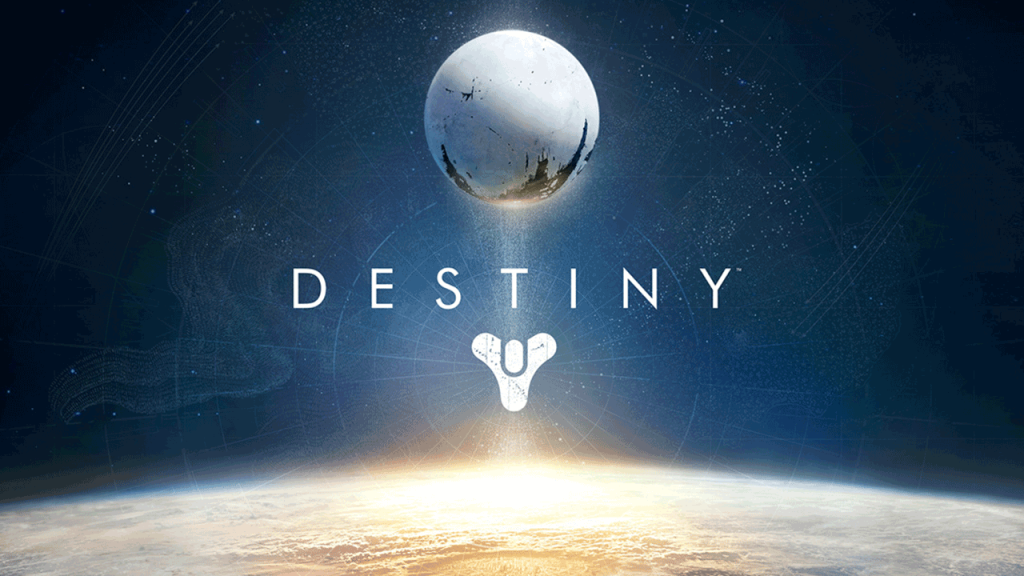 Destiny kept many players firmly in its grasp for reasons that I, by and large, cannot argue with. The number one explanation is that the gunplay is, frankly, superb. Bungie arguably dominated the FPS scene with its original Halo games and their knack for precise, quality gameplay shines through with the new title. A large portion of the Halo community walked away from 343 Industries’ Halo 4 feeling less than satisfied, and Destiny was able to fill that void of a quality shooter. This is clearly Bungie’s strong suit. The RPG-based class systems were also a treat for the nerd in me as stealthing around on my hunter and knifing opponents never grew tiresome. But all of this seemed inevitably undermined by the fact that every piece of content in the game is exactly the same. The sheen of a new title began to quickly fade as new strikes and raids took places in areas I had already explored dozens of times. Not only were the environments repeated, but no diversity in enemies existed either (But hey, at least they changed the name of bosses and added more hit points, I guess). Perhaps a portion of the blame lies on myself, as I should have been quicker to foresee that Destiny offered nothing but an addictive loot grind.

We arrive a year later with the impending release of The Taken King. Bungie is looking to implement a host of changes with the relaunch. Leveling will be simplified, adopting the classic model of earning experience points to level up. However, the light level that players worked hard to earn will not go to waste. Light points will now be used to enhance character statistics. In other words, two level forty Titans with different amounts of light will be weaker or stronger than one another. 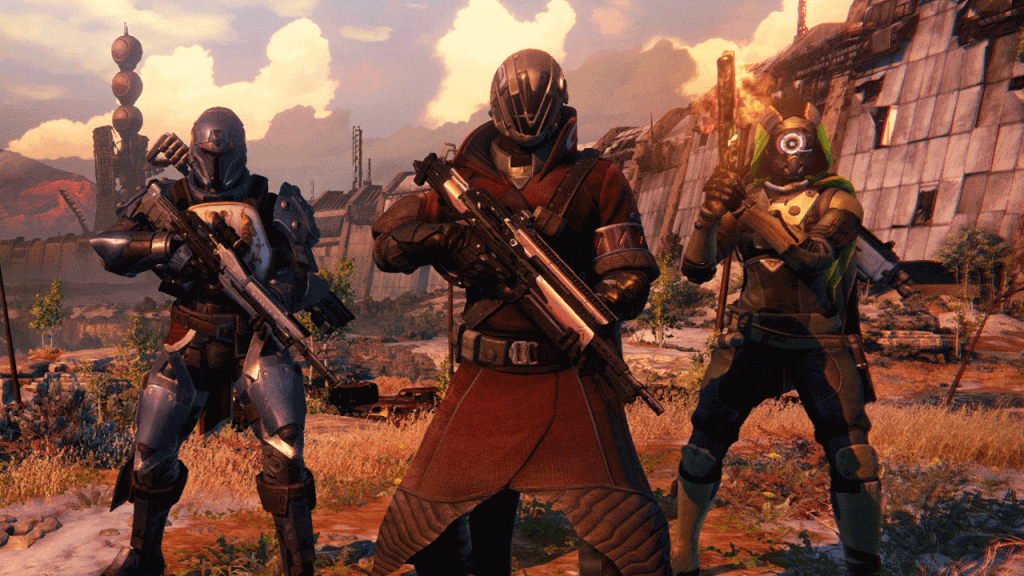 Players will also be able to affect their stats as well as enhancements by utilizing the new effects placed on class items such as capes. Ghost will also no longer be a floating voice box, but can be adorned with new shells that offer player upgrades. Oh, and Nolan North has taken up Peter Dinklage’s old role, providing voice tracks not only for new material but for all past content as well. The changes to these items is a welcome change as it adds an element of utility rather than occupying your inventory for no particular reason.

While Nolan North is breathing new life into our robot friend, Bungie is working hard to give players reason to care about past content as well as the new. Addressing the issue of the nonexistent story, the developers are implementing a variety of quests throughout the game to offer explanations and lore regarding past and present events. This gives cause to revisit old content so that players can hopefully understand why on Mars they were doing anything to begin with. Bungie has called this the “questification” of Destiny and promises a great, yet easy to understand story. Regarding The Taken King, the developers offer this description of the tale:

A dark shadow has fallen over our worlds. Oryx, The Taken King, is hell-bent on vengeance and is raising an army of corrupted “Taken” forces by manipulating the Darkness itself. You must find a way into his impenetrable Dreadnaught ship to defeat The Taken King before he and his dark army consume our civilization and bring our solar system to ruin.

In addition to the new quests and story content, new strikes and raids will be implemented. Those who purchased the original season pass can expect to receive exclusive content not obtainable elsewhere. New bounties will show up along with the ability to carry more tasks overall. Players will also be able to turn in bounties from anywhere in the game, avoiding extra load screens and trips to the Tower. 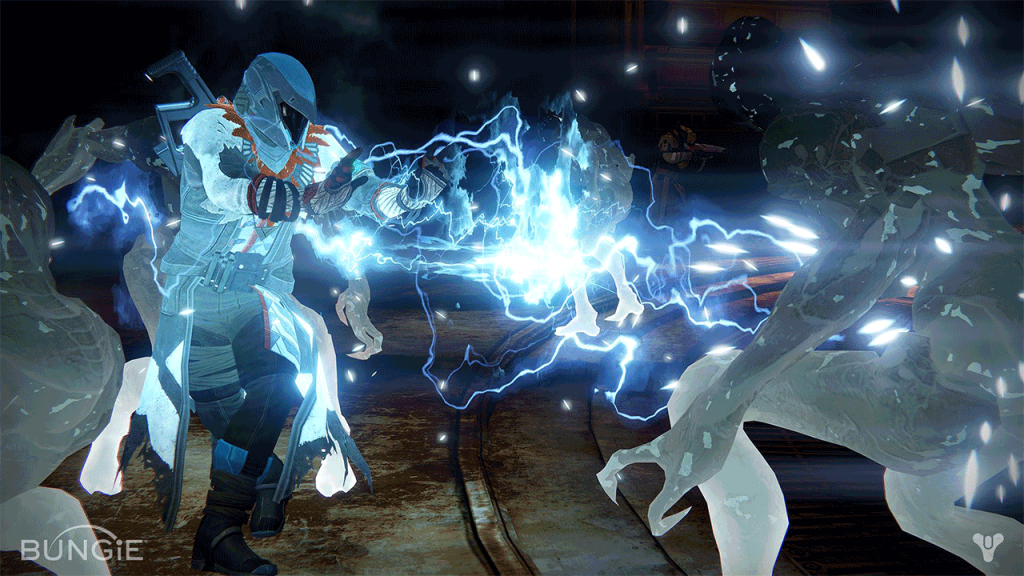 Lastly, Bungie is taking a hard look at the game’s guns as well as the loot systems for obtaining them. Seemingly addressing one of my primary complaints, Bungie is now guaranteeing that legendary engrams will yield legendary items with guaranteed success. Legendary engrams can also be broken down into legendary marks. These marks can be traded to the Cryptarch for various goods. These legendary marks will also be shared across your entire account.

In addition, the Gunsmith located in the Tower will now allow you to try weapons before dropping currency on them. You can also build your reputation which will award you new guns weekly after reaching a certain threshold. A new infusion system will also be put in place which allows players to consume their powerful weapons to increase the power of current weapons.

While many of these changes sound enticing and seem to directly address popular complaints, one has to wonder why Bungie found it acceptable to ship Destiny in the state that it was in. After all, why would you remove the story elements explaining this deep lore that is supposedly woven into this world? The Taken King drops on September 15th and I will be picking it up to explore the brave new changes Bungie is looking to execute. Be sure to look forward to a follow-up article regarding the second part of my journey. I am certainly cheering for Bungie to right their wrongs and put out a quality product.