A Big 1-Up for Super Mario Bros.

It’s necessary to admit that my experiences with Mario are scattered throughout various points in the franchise’s history. It is undeniable, however, that the character and the video games are likely the most prominent properties in the entire video game industry. We’ve witnessed the italian plumber evolve dramatically from an 8-bit platformer, to a classic RPG figure, and finally to its three-dimensional realization. Super Mario Maker proves to be a culmination of the Mario experience that fans have grown to love. Though the idea is not entirely unique (it draws heavy comparison to Media Molecule’s Little Big Planet), the title makes excellent use of its own creation tools. It may, perhaps, do it even better.

When I first dove into the game, I was afraid that I would dislike it as building my own levels is not an idea that necessarily comes easy to me. My experiences with Little Big Planet left me feeling hopeless as there are so many tools and countless ways to utilize them. The end result was typically a confused mess that made me feel like I could get no enjoyment out of a major part of the experience. Super Mario Maker seems to recognize this issue, seeking not only to appeal to armchair level designers, but to draw in all fans of the Mario experience. 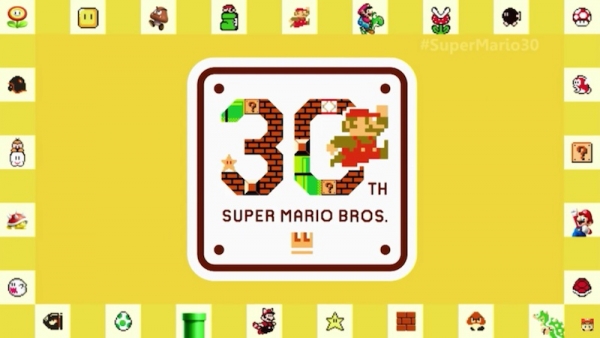 While it actually created a lot of tension with prospective fans, Nintendo first addressed the potential difficulties by gradually giving players new tools over a course of nine days. While it is understandable why gamers were frustrated, limiting the experience to a set amount of assets allows you to spend time with the bare necessities. It becomes an interactive tutorial of sorts, making sure that the fundamentals are properly implemented. After all, no one wants to create poor stages. That being said, new tools can be unlocked sooner depending on how much time you spend with stage creation in the course of that first week or so. Packages will arrive early, seemingly giving the player the nod that they are on the right path in their creative journey.

The actual layout of the creation screen is also extremely simple. I typically profess a strong dislike of the Wii U gamepad, but it seems to be made for this experience. Your screen will load with a basic Mario stage, accompanied with a grid layout to guide your future construction projects. The top menu features all of the game’s assets such as your blocks, power-ups, Goomba, Bullet Bills, P-Blocks, and more. Players are free to drag and drop these pieces to any square on the grid, creating the most ridiculous scenarios you can imagine. If you’re unsure of a certain segment you’ve built, you can always tap the test button and play the level yourself. If, for example, your jump is too difficult, you can drag and drop Mario to that point for quick adjustments. 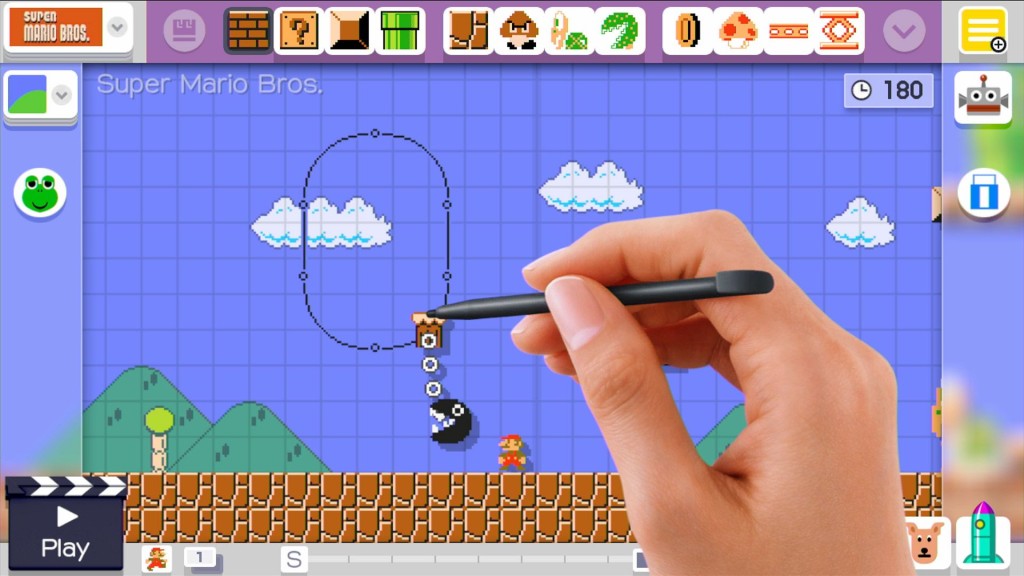 Another excellent addition to the game is not limiting your stages to the classic Mario layout, but also features a drop menu that allows players to switch to Super Mario Bros. 3, Super Mario World, and New Super Mario Bros. U. Within each particular game, you can, of course, select any style of stage: land, underground, ghost house, airship, underwater, and castle. None of your favorites are left out. Nintendo struck gold with this concept, as Mario’s platforming level design lends itself extremely well to fan-made designs. In addition, players will also be able to unlock features and sound effects that go beyond typical Mario fanfare, allowing them to create something more personal about their unique levels. Hopping around in a woman’s high heel while making children celebrate after breaking boxes is indeed, er, unique.

In regards to any mode of player creation, feedback is a critical and necessary tool. Mario Maker continues to shine in this regard, offering various methods for both players and creators to make worlds better. Once your level is published, you can actually view how players have attempted your stage to some degree. The screen will display an ‘X’ where deaths occur. If you see a cluster of these from many players, it may be time to reassess that portion of the level. If your level is particularly good, other players can give you a star. Stages receiving a high number of stars will be featured over those who rate poorly. Players can even share comments about a particular world with other creators through the Wii U’s miiverse.

Unfortunately, the star system does not always weed out the bad stages from good ones. Though one shouldn’t be surprised, current players have taken a sadistic liking to building absurd stages with even more ridiculous scenarios built upon leaps of faith, invisible objects, and overall frustrating experiences. I suppose if you’re the masochistic sort, these challenges will provide hours of fun, but for those looking for more reasonable scenarios, you’ll need to make use of the various search options. 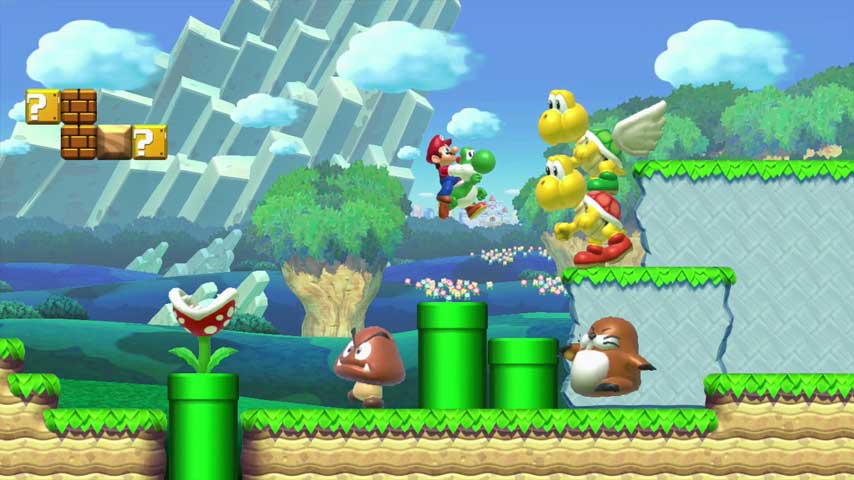 That’s right. You can also search the current list of created stages through a number of ways. The first criteria is based upon whether the stage is rated as easy, normal, or hard. Within this, you can search individual stages with high to low stars, or even search out the creators themselves by their current star ranking. If you play a particular stage that you like, you can actually download the content to your Wii U for quick play in the future. Perhaps you’ll discover a level that isn’t great, but could be better with some tweaking. Download that level and improve it. You have all the power in the world.

Now, you may find yourself saying – “I don’t want to create all the time. I just want to play.” Super Mario Maker is sort of like the ultimate Mario experience in this regard. Players never actually need to create in order to play the hundreds of fan-made levels within the game. If you’re interested in this title, then chances are you’ll get hours worth of enjoyment playing the huge variety of levels limited only by the imagination of your peers. Naturally, new levels are being made every hour, making Super Mario Maker the game that keeps on giving. Nintendo even caters to newer fans, offering something called a 10 Mario Challenge, ranging from easy to hard. This features ten stages built by the Nintendo team for players to take on. The easy course set actually teaches players the basics of Mario, while subsequent difficulties better prep you for the challenges ahead. If you’ve mastered those, feel free to take on the 100 Mario Challenge, featuring one hundred player-made stages and one hundred lives to complete them. Don’t worry if you get stuck on a stage clearly made to troll, simply hold down a button in order to skip to the next one.

It’s unnecessary to beleaguer the points of what makes a Mario game great. Super Mario Maker is all about taking the classic assets, music, and experiences, and making them your own. It is extremely accessible to newcomers, and also offers quite a hefty challenge for those who can claim themselves veterans of the franchise. The title really is the gift that keeps on giving. It packs such a tremendous value that it will make purchasing feature Mario titles seem frivolous. With avid fans creating new levels and challenges each day, this game offers all the experience you’ll need for a long time to come. There is room for improvement, such as Nintendo’s continued reliance on old-timey codes to share levels with friends, or better search options to cut out ridiculous stages, but as the community grows and evolves, so too will Super Mario Maker.