Hold onto your Gil

As we’ve mentioned a few times here on Bit Cultures, Square Enix’s Final Fantasy franchise is celebrating its 30th anniversary this year, with rumors and reveals abound as the house that Cloud and co. built barrels into the new year. With thirty years of games to parse through, newer and lapsed fans may find it a bit difficult to catch up on the franchise due to either its size or its cost. While the former is always going to be an issue (how many XIIIs are there, again?) the latter is something Square Enix has decided to do something about…at least for a good week. 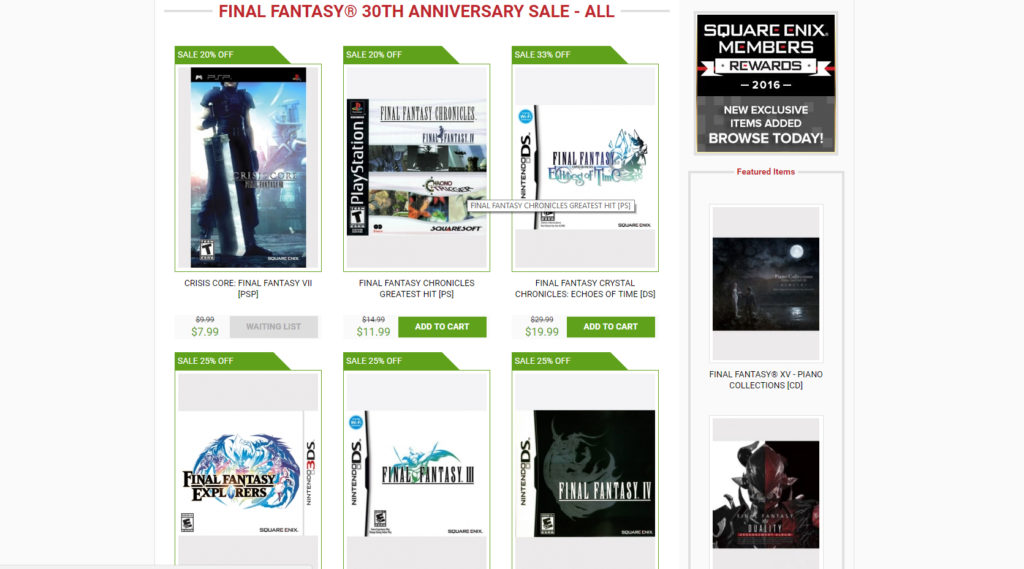 The company kicked off its 30th Anniversary Sale on their own website on the 13th but as of today the sale has made its way onto Xbox Live, the Playstation Store, and Steam. Along with the requisite digital copies, Square Enix’s site also has a number of physical FF titles and products on sale ranging from DS and Playstation games to character plushes and collectibles. Hell, they’ve even got that one PSP game on there. It’s got a little something for any kind of FF fan.

The Final Fantasy 30th Anniversary Sale runs until February 20, 2017, so get on it if you want that Cait Sith doll before it’s gone.

Source: Attack of the Fanboy