New Pokemon were just revealed in a trailer at Pokemon World Championships! Let’s get right into it!

Well, let’s start off with someone we forgot first — Turtonator. This spiky new Pokemon is a Fire/Dragon type, with the ability Shell Armor, which prevents it from taking critical hits. According to the Pokemon website: “Because Turtonator lives on volcanoes, feeding on sulfur and other materials found near volcanic craters, its shell has a layer of explosive material—mostly sulfur. When something strikes this Pokémon, sparks fly from the horns on its shell, igniting an explosion!”

Turtonator’s signature move is Shell Trap, which allows it to lie in wait for its opponent to strike. If the opponent hits it with a move that does direct damage, Turtonator’s shell will explode and deal an extensive amount of damage!

All right, this is Crabrawler, which is surprisingly only a Fighting type Pokemon despite being based on a crab. This Pokemon can have the abilities Hyper Cutter or Iron Fist. It really hates to lose and will always keep fighting! Its fvorite foods are Berries. It punches the trunks of trees to give them a good shake, so the Berries above will fall to the ground.

These three Pokemon were already revealed in this month’s CoroCoro magazine, but now go under the names Sandygast, Palossand, and Stufful.

Sandygast and Palossand both have the ability Water Compaction ability, which will cause its Defense stat to go up by two when hit by a Water-type move. It is said that you are very courageous if you put your hand through the tunnel-like hole in a Sandygast’s mouth. 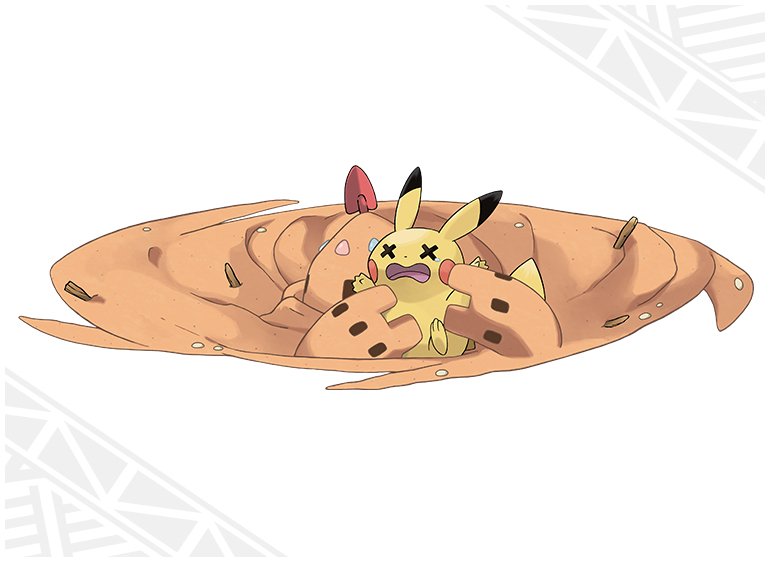 Like we reported before, Stufful’s appearance is so cute, it’s super popular among trainers! But be careful, it’s super strong, and hates being touched!

Well, that’s all for today! What do you think of these new Pokemon? Keep your eye trained on Bit Cultures for all Pokemon news!