Well… the end of a franchise, anyway.

Yes, upon seeing the recent release and (surprisingly) moderate success of Resident Evil: The Final Chapter, I decided to check out the film for myself, and I must say, I was not disappointed. I should also mention that this is the first Resident Evil film that I’ve seen in theaters which is, understandably, a bit of a shocking choice considering. “Why pick the final film in a series as your “go-to” for an evening of movie watching and review?” I hear you ask. “Because I couldn’t review Resident Evil 7 and I’m still kind of bitter about it,” I reply.

I joke of course, in all seriousness. I liked Resident Evil: The Final Chapter. It was fun, chaotic, and overall, just enjoyable. Maybe I’ve had a falling out with movies lately, but I miss these “tough as nails” action flicks, so to speak. I mean, come on, Milla Jovovich kicks zombies and blows shit up. Sounds like a winning formula to me. Of course, this is coming from an individual who thought that The Expendables was pure gold, so there’s that. Interestingly enough, what should be noted about Resident Evil: The Final Chapter is that, despite being fun and chaotic, it also turned up the horror quite a bit. Well, I say horror, but really it just shoved in way more jump scares then I was expecting. I have to give the film props though, I never would have thought that it would, at the very least, attempt to put in a scare factor. Touché Resident Evil, touché’ 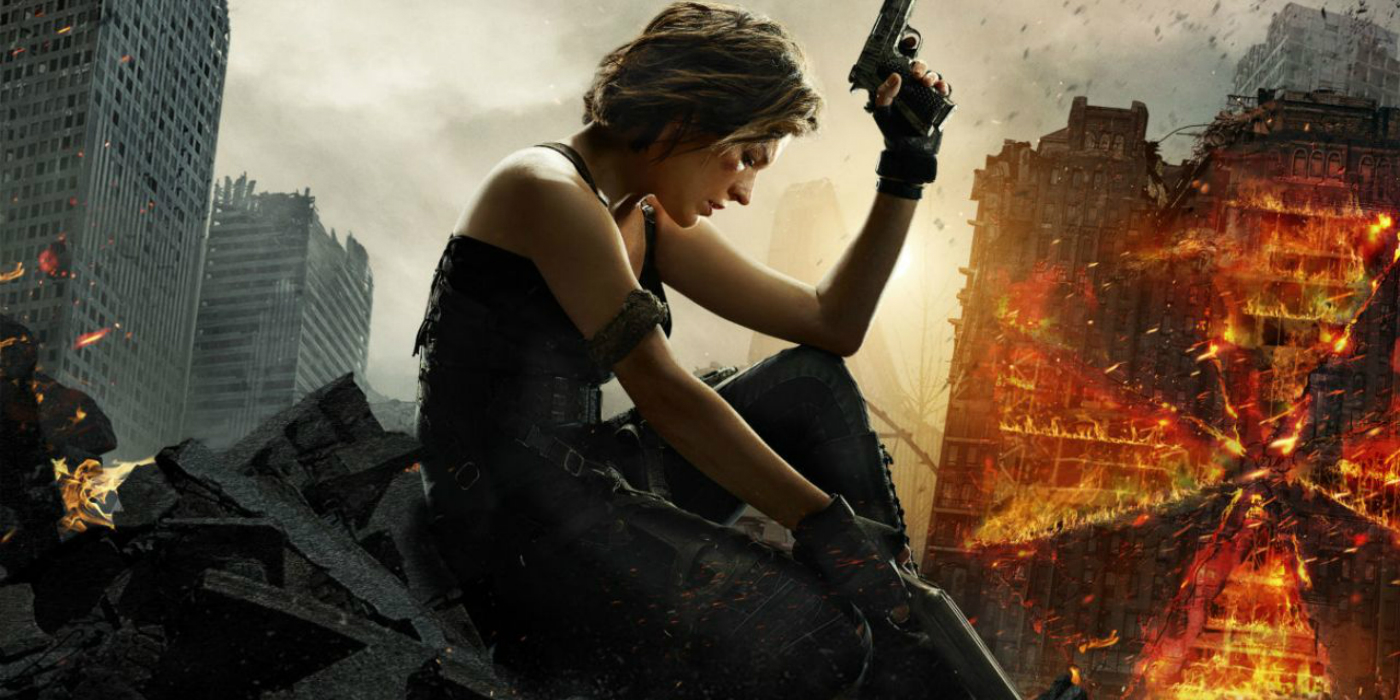 Speaking of Jovovich though, when it comes to characterization in Resident Evil: The Final Chapter, Alice is pretty much the only one who gets some to any degree. Not that I was expecting anything else; though; no, really, it’s not like there were five movies beforehand that flushed out her personality and struggles or anything of the sort. No, it’s all Alice, all the time. I should mention, however, that even though this is very clearly an Alice based movie, I really enjoyed the portrayals of Claire Redfield (played by Ali Larter) and Dr. Alexander Isaacs (played by Iain Glen). Hell, I’d even go as far to say that Iain’s Isaacs was my favorite character throughout the entire film. There’s just something about a posh villain that I absolutely adore.

So with characters out of way, how about that ever important plot? Well… it’s there, I suppose. Okay, okay, to be fair, the story’s got more going on then I had initially thought. For some reason or another, I found the plot for Resident Evil: The Final Chapter to be weirdly engaging. You wouldn’t think that the sixth movie in a franchise, especially an action oriented franchise, could relate its story all that well, but there I was, caring about things that were happening on screen.

The last thing I’ll bring up are the special effects that Resident Evil: The Final Chapter brings to the table. Ahhh, now we’re getting into the real meat of the series. Unfortunately, it’s not the best. The CG and choreography that the film brings to the table are fairly decent, but don’t blow me away like Extinction did. The explosions, however, oh man, the explosions. I’m fairly certain there’s enough explosions in this film to launch a space shuttle and that’s me being generous. All in all, it still has the look and feel of a Resident Evil film, which is definitely saying something. 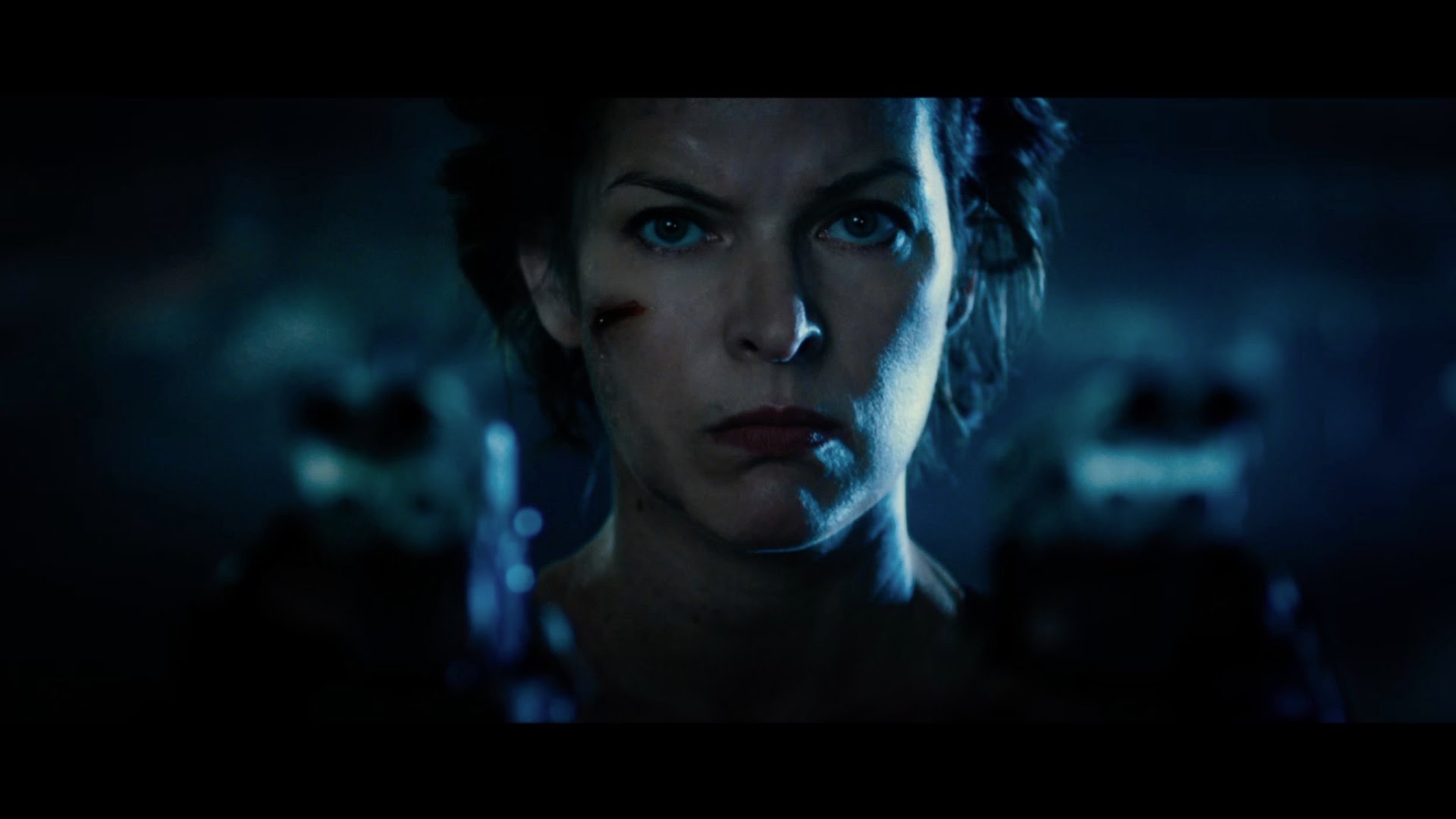 To sum it up, Resident Evil: The Final Chapter provides enough material to keep an individual entertained throughout its hour and fifty minute run time, a run time that concludes with an after credits voice over! That’s right ladies and gents, just when you thought it was safe to leave the theater, it still totally is. The after credits scene is little more than a nod to the original film, but it’s one that fans should still find enjoyable nonetheless. With all that said, I definitely recommend a viewing of this last installment of the undead, ass kicking saga. Until next time!