Alex PizzaAugust 16, 2015PokeMonday
It’s time for another Pokemon of the Week – this time it’s everyone’s first fire starter, Charmander! Charmander’s Japanese name, Hitokage, is actually a derivation on “hi” which is Japanese for “fire” and “tokage” or “lizard”. But the Japanese word for “salamander” is actually Hitokage as well, interestingly enough! Charmander come in about 2’0” and 18.7 pounds, which makes them far bigger than your average salamander by far. Their primary ability is Blaze, but can have the Hidden Ability Solar Power when obtained by special means.As you may have remembered from the Pokemon anime, Charmander’s tail indicates its general health. The brighter the flame, the healthier the Charmander! But its flame gets smaller as it gets weaker, and if it were to even go out, it is said that the Charmander might even die. But, contrary to the anime, several Pokedex enteries contradict that the flame on a Charmander’s tail can withstand thunderstorms, claiming that “when it rains, steam is said to spout from the tip of its tail.” 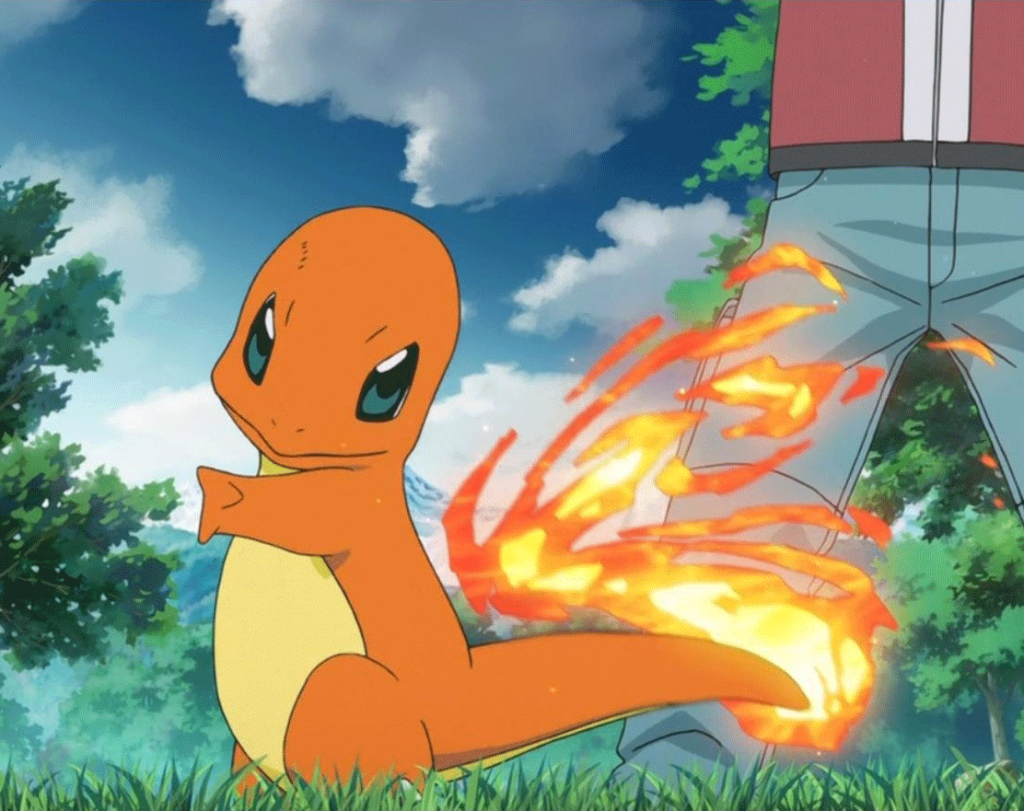 In Charmander’s first sprite and original artwork, it was supposed to have a small set of spikes on its back, but for later art and onward, these spikes have been removed. You can see still see these sprites in the Pokemon Adventures manga, where Blue’s Charmander has a set of these prominent spikes.

And finally, do you remember Zippo, Ritchie’s Charmander? Isn’t it funny that Zippo shares his name with a popular brand of lighter?

And…that’s a wrap, guys! Join Bit Cultures next week for the next Pokemon of the Week! And if you have a suggestion as to what Pokemon we should do next, feel free to leave it in the comments!