The game we weren’t sure we’d see again

One Night Stand is a visual novel/simulator game about, well, a one night stand. Created by Kinmoku (aka Lucy Blundell) in March 2016 for NaNoRenO, a visual novel game jam, the original version of One Night Stand was made in just 4 weeks. The game consisted of multiple endings, a variety of objects to interact with, a minimalist soundtrack, and hand-drawn visuals.

Lucy Blundell released it fully intending to come out with a final version later. The gaming community knows all about waiting, but that doesn’t mean we don’t love to jump the gun. One article and Let’s Play led to another, and before she knew it, One Night Stand had taken the internet by storm–with some of the most notable Let’s Players being PewDiPie and Markiplier. The buzz has been great, but Lucy Blundell: “just hope[s] people will still care when the full version comes out.” (via Lucy Blundell’s Blog)

The true/final version of One Night Stand released on October 20th and is currently available on both Windows and iOS. It can be downloaded on itch.io for $2.99 and will be available on Steam in November (2016).

So what is there to care about when it comes to One Night Stand?

One Night Stand is all about waking up in a stranger’s bed after a night of one too many drinks and trying to make the best of a potentially awkward situation. Of course, you can always try to make the worst of the situation… it all depends on your goals as the player. And therein lies the appeal of One Night Stand. It’s about all the stories that exist based on small choices you make the morning after.

This game demands multiple playthroughs and for good reason. At the end of each playthrough, your character wonders “how else things could’ve played out…” The point of this game is to get all 12 endings.  For each new ending, you unlock another photo that loads on your phone. If you scroll over the photos that have not yet loaded, you can see hints for how to get said ending. All these photos can be viewed in your gallery. 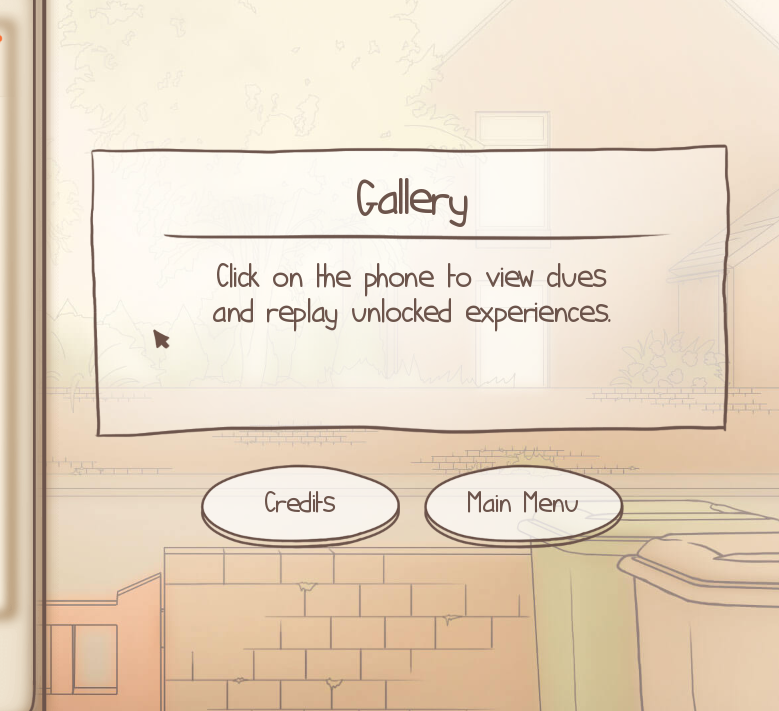 The initial playthrough can take up to 15 or 20 minutes, depending on your choices. After that, each play through goes by fairly quickly, especially if you choose to fast forward through previously read dialogue.

The gameplay is simple, doing nothing to break the mold of its genres (visual novel/simulator). You can click on a set number of objects to interact with them, and you can choose between dialogue options. 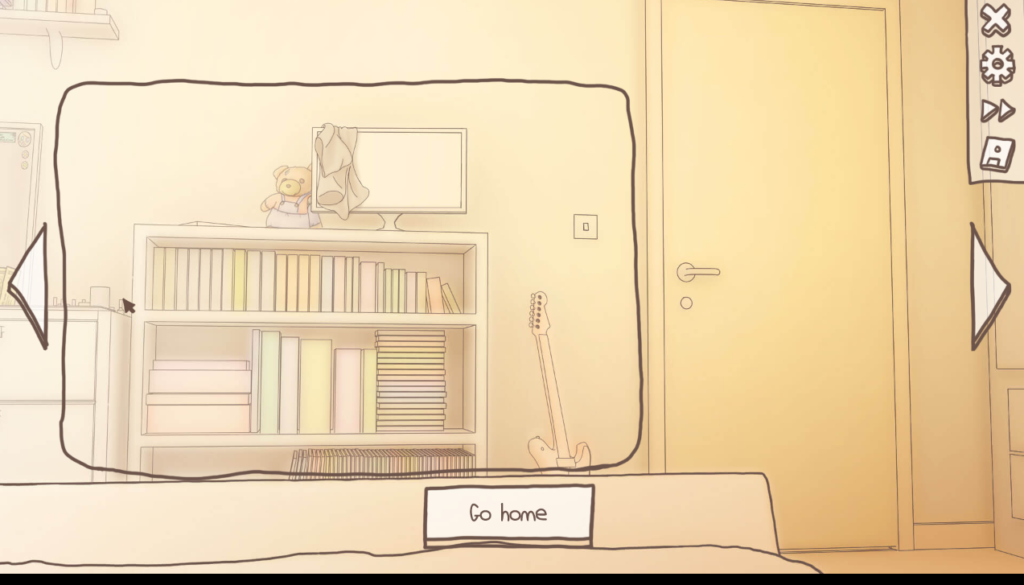 Due to the minimalistic animations of these hand-drawn visuals, your interactions are limited to seeing the inside of items (such as a laptop or wallet) or performing actions off-screen (ex. when you play her guitar, you don’t actually see yourself picking it up and playing it).

Although One Night Stand lacks the typical satisfaction I get from simulators–walking around an environment and looking at as much as possible–I don’t miss it.

The joy of One Night Stand comes from the thrill of trying to perform certain actions or finding out certain information before this girl comes back (as she leaves the bedroom several times during the game). While the gameplay itself tends to be a turnoff to gamers who are not fans of the visual novel/simulator genres, the strategy that goes behind getting all 12 endings offers a more universal appeal. 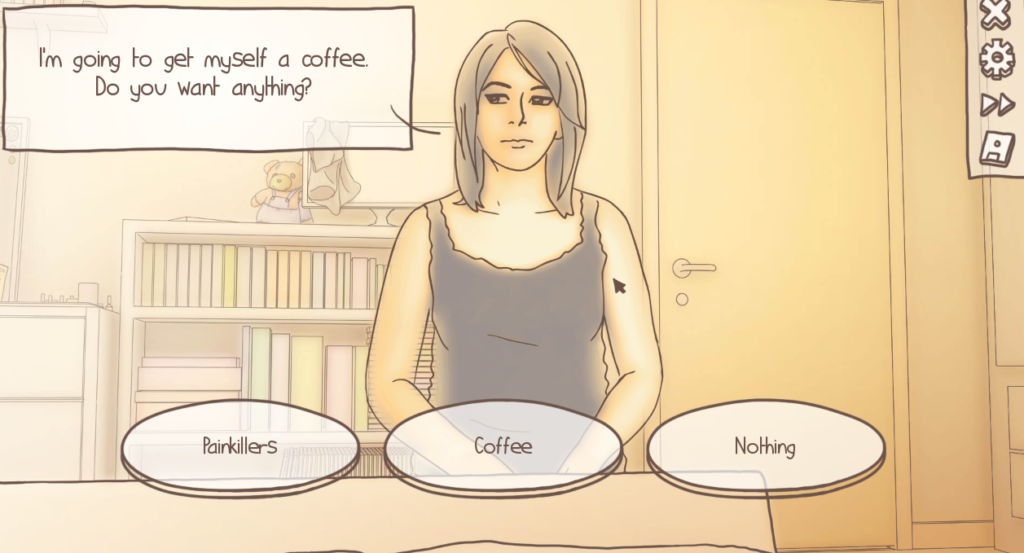 One Night Stand avoids a common pitfall of the visual novel genre by having solid and realistic writing. So many visual novels lose points due to their cringe worthy, overly dramatic dialogue, but One Night Stand doesn’t give in to romanticism despite your sexual partner’s interest in the romance genre. I mean, she has this on her night stand: 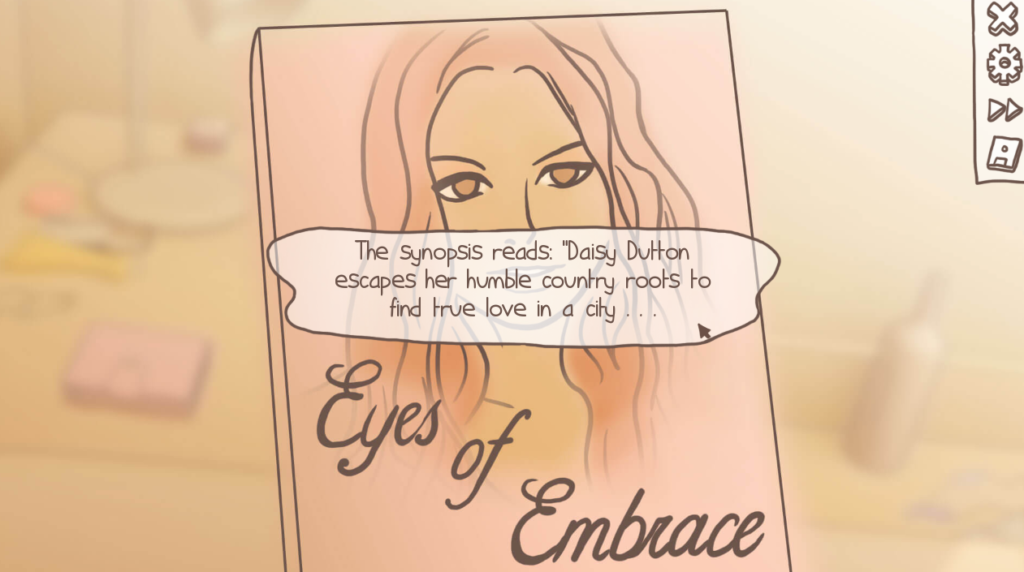 The game can be frustrating when you’re trying to unlock new endings or, even worse, a specific ending with the help of the hint. After a few playthroughs, I’d go in with a plan (example: My character is going to be “the caring, romantic”) and make all my choices based on that; it was disheartening when the end result was the same as before. But the challenge this creates is a welcome one and helps make the game feel familiar to gamers outside the genre.

The soundtrack is nothing to write home about; it’s very much background music. Perhaps that’s the most appropriate choice for a game like this, but I found it pretty boring. The art style, as I mentioned before, is all hand-drawn. This (combined with the warm colors) lends itself well to the game’s subject matter and mood, creating a hazy, intimate, transient morning. 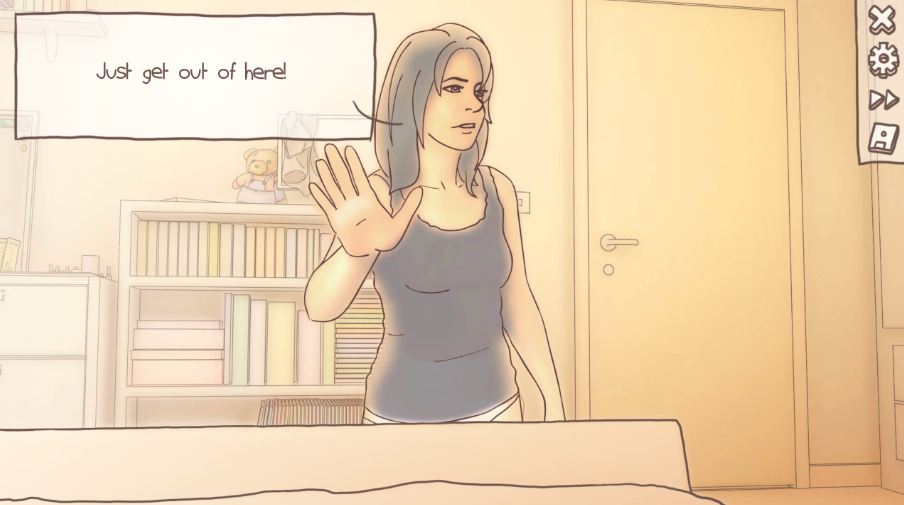 Although the game is fairly short and only lets you explore two settings (the bedroom you wake up in and the coatrack by the door as you are exiting), it manages to pack in quite a bit of charm. Most notably being able to look into the mirror: 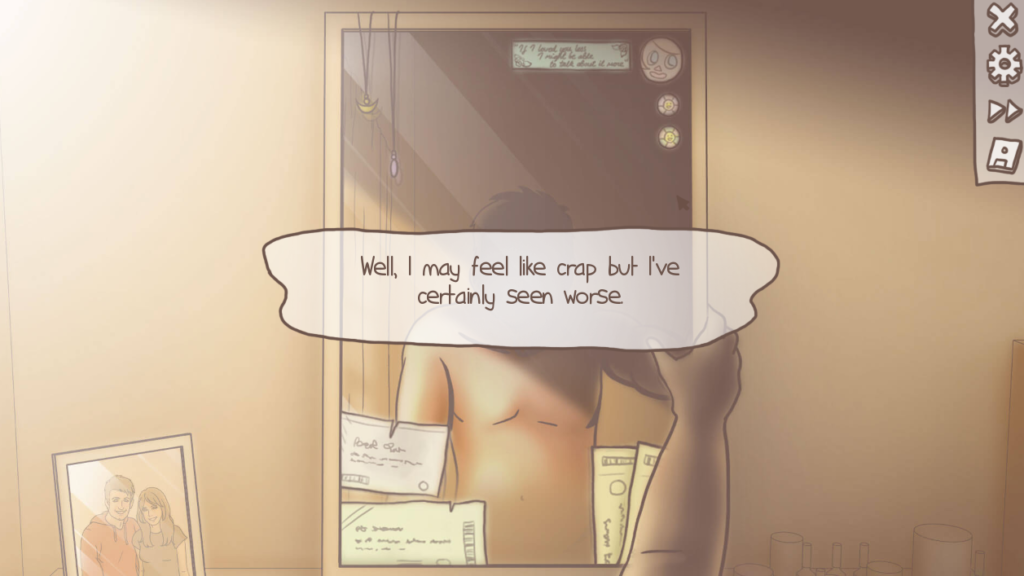 And this Easter Egg/teaser for Lucy Blundell’s next game, Love IRL: 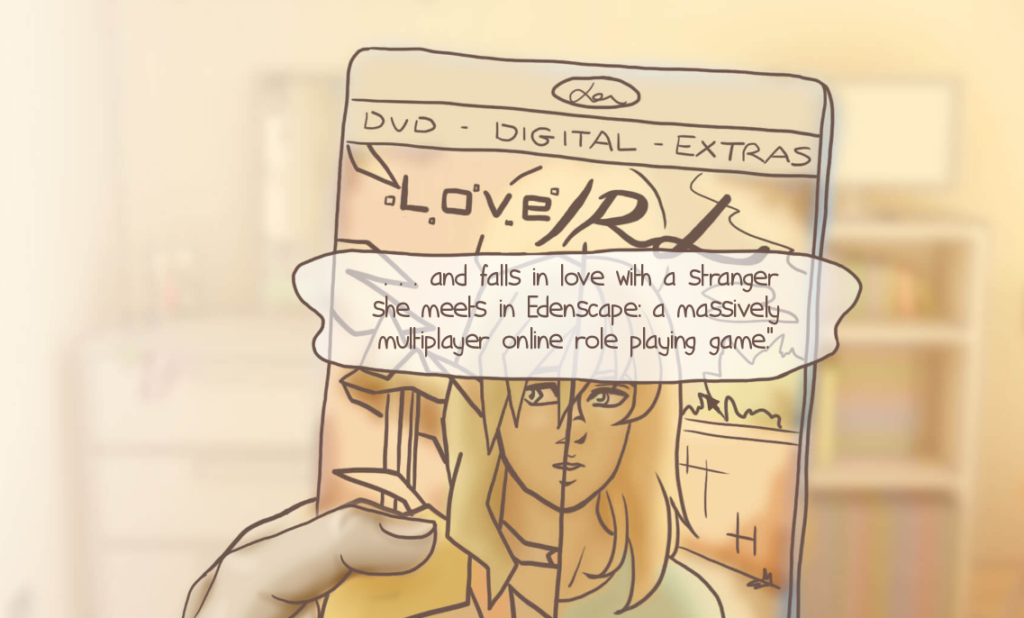 Overall, I walk away from One Night Stand the game the way one–sometimes–leaves a one night stand in real life. Part of me wants more, but I have no idea what that would even be. And, in the end, I’m just content with having had the experience.