Thanks to the free games from PlayStation Plus, I have been able to play games that I would otherwise have passed up on. Since its inception, PlayStation Plus has brought me numerous awesome titles and its fair share of not-so-good titles. Nova-111 falls somewhere in between those two categories.

Nova-111, developed by Funktronic Labs, is both a turn-based and real-time action/strategy game. As the player, you control an orange vessel through a maze of very similar sets of maps while dodging and killing enemies and rescuing lost scientists and animals. This is pretty much the entirety of the game. Your companion, Dr. Science, tries to drive the narrative along – attempting some pretty awful dad puns along the way – but most of the dialogue is lost, especially if you’re engaged in combat. What really threw me off, though – and perhaps it was because I missed some dialogue – was how quickly the character of Dr. Science shifts. Sure enough, the game isn’t devoted to character development, but Dr. Science changes from a wacky companion offering advice to a freaked out and somewhat incapable man. Why? Because… you see more enemies? And not really more than you’ve already destroyed – just… more enemies. When I think about it, I become perplexed.

Ah, but as I stated earlier, character development isn’t the forte of Nova-111. Instead, gameplay seems to the focus of Funktronic’s attention, and thankfully the game succeeds in this regard. Nova-111 is a mixture of real-time and turn-based action. The player’s vessel is almost completely turn-based. Movement, attacks, shifts, and most other commands, all take up a turn each. Others, like the Polygel bomb, can be used in real-time.

Enemies and enemy abilities are also split into turn-based and real-time. Enemies require a turn to move just like the player does, but it’s usually clear when an enemy will attack since most fiends have a charge animation that pre-empts their assault. While this applies for most of the enemies, some enemies and abilities attack and exist in real-time. For example, the Latcher, aptly named by Dr. Science himself, will latch onto your vessel and send an attack through its link in real-time. The player then needs to kill the Latcher with haste or risk taking damage. Other creatures will explode in real-time, or stalagmites might fall from above. 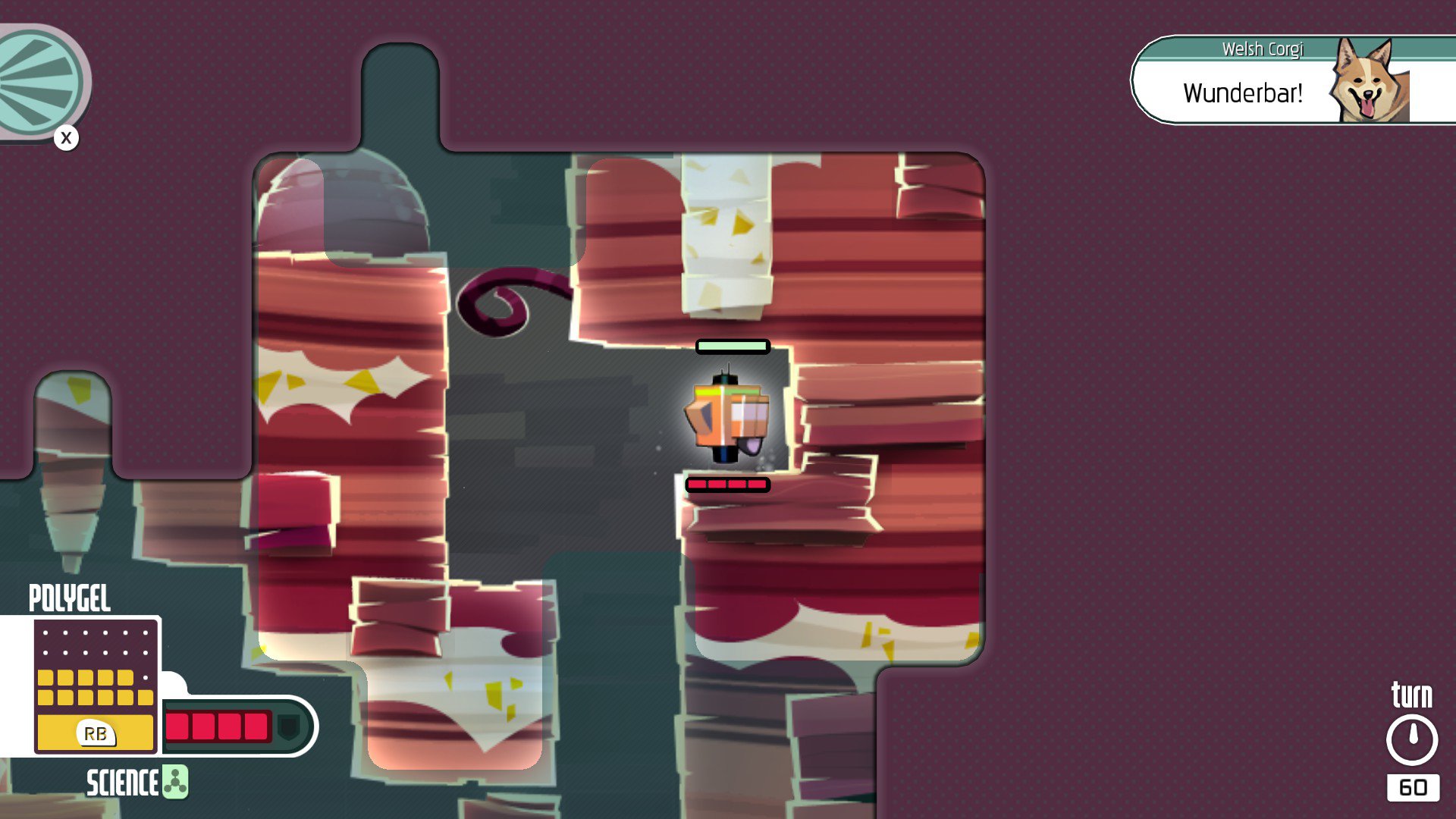 Nova-111 doesn’t provide much of a challenge to the player. The entire first series of levels are easily beaten in less than an hour, and that includes a couple of accidental or careless deaths. The only time I died in that first set of levels was during the boss fight. Even then, I only died once. Yes, from there the game increases its difficulty slightly, but it’s not quite enough to make the experience last longer or feel rewarding. Couple this with the lack of a strong narrative, and I felt little motivation to continue the game outside of writing this review.If there is one shining gem within

If there is one shining gem within Nova-111, it’s that its soundtrack is a wonderful inclusion. The tunes are simple yet beautiful and certainly relaxing, making the journey through the various stages a peaceful endeavor. As far as indie games go, Nova-111 has one of the better soundtracks available.

Nova-111 successfully provides the player with an effective combination of both real-time and turn-based action. The relaxing soundtrack somewhat cushions the monotonous gameplay so that it doesn’t drag as much as it might have. Lacking much of a narrative or characters to care about, Nova-111 simply doesn’t have much value outside of completion and secret hunting. For a free PS Plus title, it’s a fun and quick affair; but for $14.99, Nova-111 offers very little in the way of value. 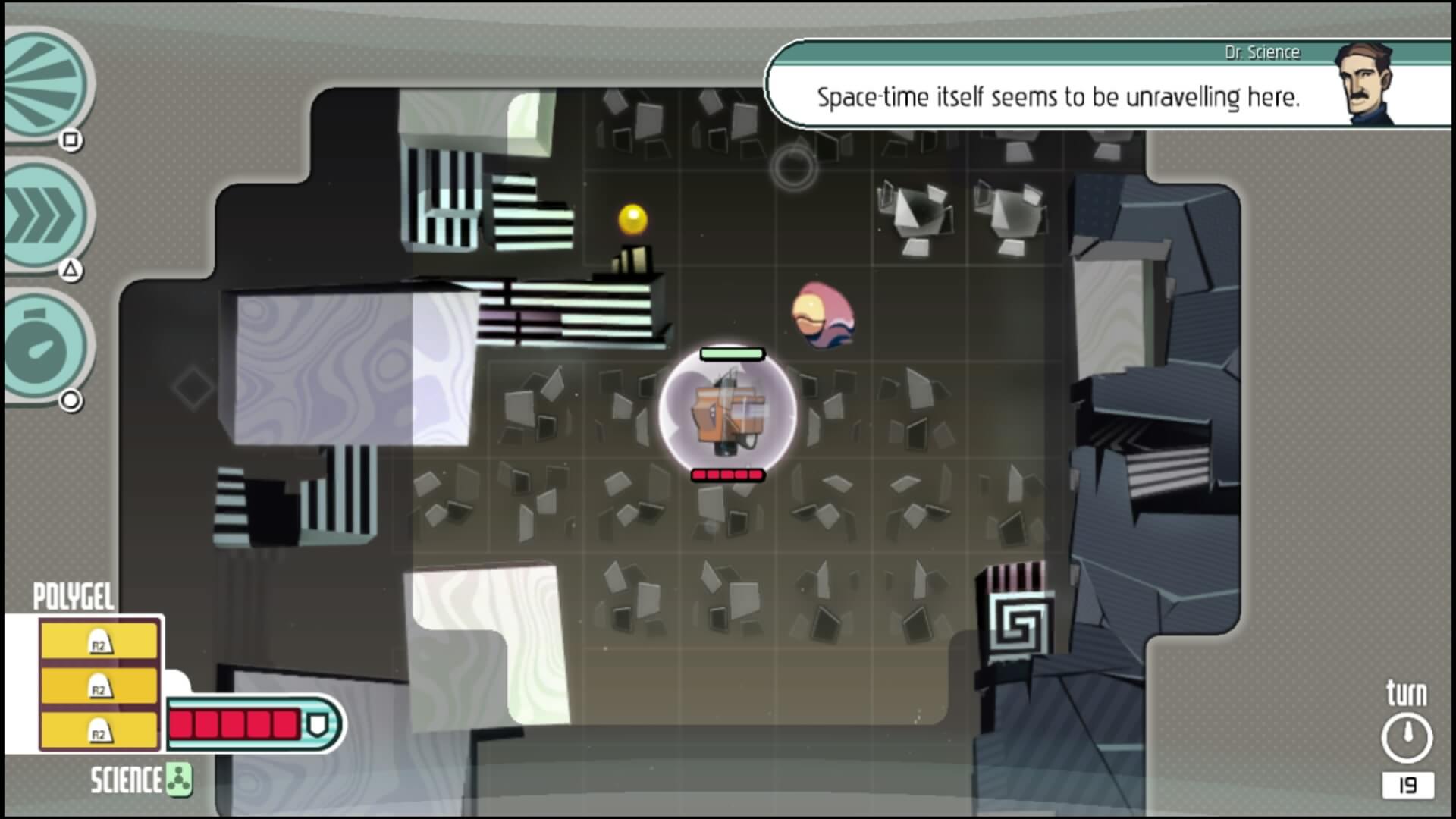