New Version-Exclusives and Z-Moves for Pokemon Sun and Moon!

Today we were treated to some new version exclusive Pokemon, new in-game features, and new Pokemon-specific Z-Moves in the Pokemon Sun and Moon reveal video! Let’s dive in!

(top left) First is the Sun-exclusive Passimian, which is a Fighting-type Pokemon. It learns from its troop to throw berries at foes to attack. It encourages its trainer to have good form while throwing PokeBalls. Passimian has the new ability Receiver, which allows it to take the Ability of a partner that faints in battle.

(top right) And then in Pokemon Moon, we have  Oranguru, which is a Normal/Psychic Pokemon with the abilities Inner Focus or Telepathy. The meditate alone in trees, and it was thought that these Pokemon were actually humans dwelling deep in the forest. Its fan is hand-crafted. Oranguru has the new move Instruct, which allows it to use its partner’s most recently used move again immediately.

Midday form has the Abilities Keen Eye or Vital Spirit, and is a very faithful Pokemon that will never betray its trainer. It also can learn the move Accelrock, which is a move that will always strike first in battle.

Lycanroc’s Midnight Form is far more rebellious, and will only listen to trainers who bring forth its best in battle. It has the abilities Keen Eye and Vital Spirit, and can learn the move Counter, which is characteristic of its baiting nature.

New Features for Sun and Moon

Two big new features were announced today — the return of clothing customization and the introduction of Pokemon Refresh!

Trainer customization was announced in an earlier trailer, where it was revealed that you could customize the skin and hair color of your trainer, but in this video, they’ve truly gone all out! Just like in X and Y, trainers can don different shirts, shoes, shorts, and hats as well as different bags and various hairstyles. 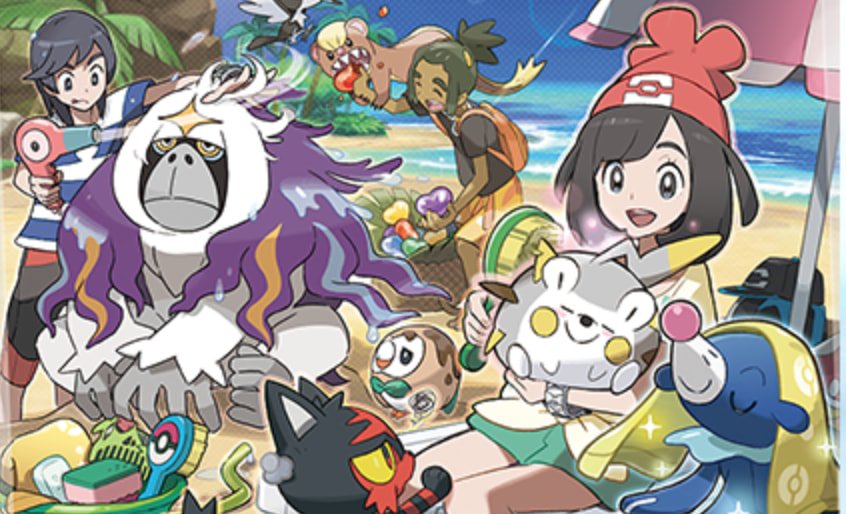 Pokemon Refresh, on the other hand, seems to be a lot like Pokemon Amie in the way that you get to interact with the Pokemon in your party in a fun new way. You get to groom them and pet them, as well as feed them peculiar-shaped Poke Beans. It looks like you can even, in some way, cure a Pokemon’s status ailments just by petting them to make them feel better! As your Pokemon become affectionate, they’ll be more likely to do extra things for you in battle, like surviving a hit with 1 HP, or dodging an attack.

Catastropika allows you to do a (super adorable) dance with Pikachu before throwing it into the air before it launches itself at the opponent.

In Eevee’s Z-Move, it summons it evolved homies to grant it power, giving it a sharp boost in every stat. What a cute animation!

Well, that looks like everything! Can’t wait to see what’s in the next Pokemon Sun and Moon trailer!