A Mega Buster Shot into the Current Generation

He needs no introduction. Often called the “Blue Bomber” or the “Super Fighting Robot,” Mega Man is not only one of the greatest characters in Nintendo’s lineage, but in video game history as a whole. To celebrate the immaculate titles, Capcom unveils The Legacy Collection for both new fans and old to experience arm-cannon chaos.

The collection features Mega Man 1-6, short of the full nine released in the Anniversary Collection for PlayStation 2, Xbox, and GameCube. However, this is where the negatives begin and end as the new collection features changes and new modes that serve to bolster existing experiences. 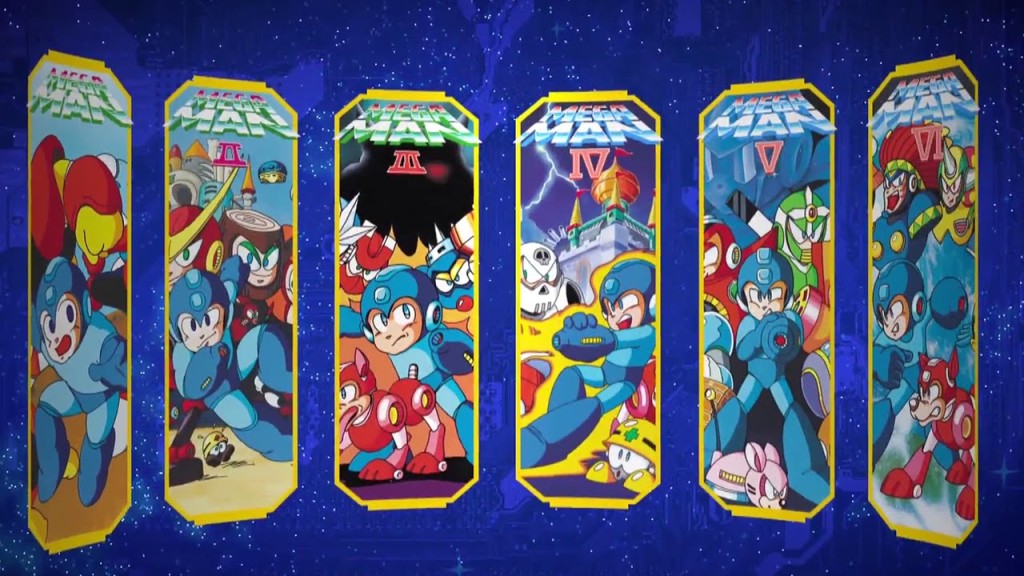 Players will be greeted in the main menu with the choice of selection any one of the six games. Each title is preserved lovingly in its original state. This means encountering various bouts of slowdown due to the number of on-screen assets as well as graphical flicker. Newcomers can find themselves guilty of interpreting this as bad game design or poor emulation, but these experiences are integral to the classic Mega Man experience. Long-time players develop muscle memory for these occurrences, shaping the way they choose to approach various obstacles. In other words, the emulation is actually 100% faithful to the original release and features no alterations to the experience. This collection takes the attitude of embracing these games in the nature of which they were remembered and stays true. The only real changes are the upscaling of the visuals to fit nicely on modern HD screens. Because of this, Wiley’s robots have never looked better. Also, the games dismiss the password system and allow one save slot per title.

Each game comes with several options to improve the overall look of the experience. Each game has a beautifully illustrated border which fills the surrounding space should the player choose to run the game in its originally formatted aspect ratio. Fortunately, Capcom was smart enough to utilize the original Japanese artwork only, as the American designs are beyond absurd and absolutely terrible. Players can also choose to fill the screen with a passable ‘Full’ mode, or even a ‘Stretch’ made which, naturally, makes the game look awful. Nevertheless, the options are there. There are even clever filters which essentially allow players to view the game through nostalgia glasses. One of the filters features the on screen fuzziness to appear more like classic tube televisions or arcade video screens. Y’know, in case you’re feeling extra retro.

New additions to the Mega Man experience are the numerous challenges that put even old-school players to the test. Capcom cleverly designs various unique scenarios that can synthesize different obstacles from different games in a race against the clock. Some of these challenges will also feature taking on difficult bosses at some point during the race. I’m a mediocre player at best, so some of these challenges were unthinkable. However, even when I failed, I found that I had an easier time progressing through the actual game due to the practice and repetition of repeating the challenge. It’s sort of like a built in lesson for Mega Man newcomers. Classic Nintendo games were appropriately challenging and required practice as well as repetition. This is quite unlike modern day gaming. When you get better, you can feel free to challenge your friends by posting your best time on the leaderboards that have been added as well.

One of the most lovely additions is the vast museum of artwork, lore, and audio files. Players can open the menu and scroll through the huge number of gorgeous, rare drawings of the various characters and robot masters. Included in the catalog are some rare illustrations of first designs for the fan-made villains. Included with each illustration are insightful descriptions that tell us more about the featured character, how they were developed, and even their abilities and weaknesses. If you’re struggling terribly with a particular robot master, you can find what weapon you need to take them down quickly. You can even challenge that robot master from their page which allows you to practice the fight before actually going into the stage. This can be less frustrating than losing your lives before you get to a boss, only to get quickly slaughtered. It really makes the game easier in some regards, but also helps newcomers learn how to Mega Man ought to be played. 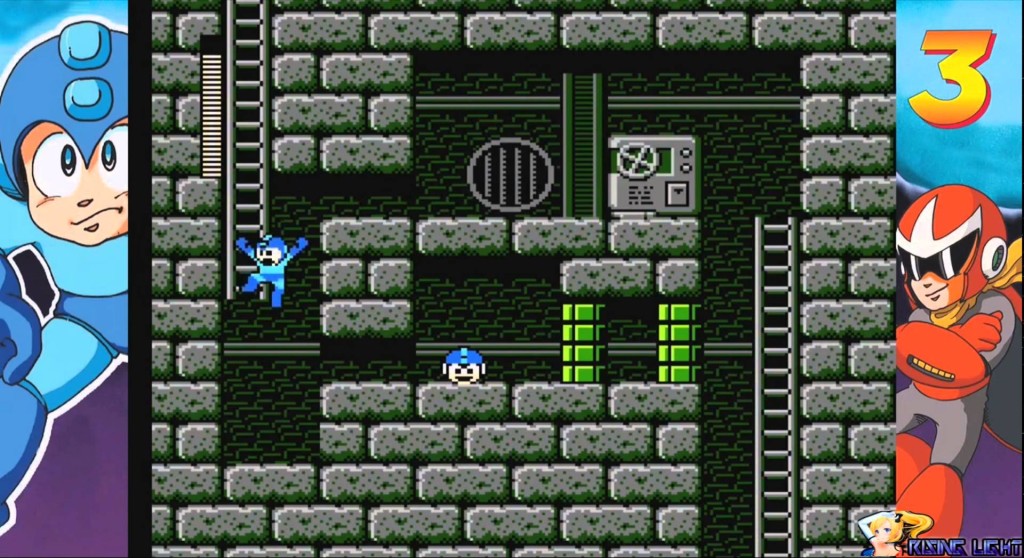 Each of the game’s soundtracks are also included within a media player. Mega Man is also highly praised for its absolutely killer, catchy bit tunes. Fans can spend a ridiculous amount of time simply playing each soundtrack and absorbing the various masterpieces. If you find a track for a stage that you’re particularly fond of, it’s there for you at any given time.

Beyond the new features, the classic games remain the same. For new fans of the Mega Man series, you are about to embark on a journey through one of the greatest video game franchises of all time. Though appropriately challenging, and downright frustrating at times, Mega Man always feels enjoyable, complete with extremely responsive controls that require quick thought and constant action. The biggest challenge comes with learning the style in which the games were meant to be played. As you defeat robot masters, you will acquire their unique weapons which you can use to make your future experiences easier. Complete with a unique variety of enemies, platforming puzzles, and entertaining boss fights, Mega Man is an experience you will never forget. At 14.99, the digital collection is a great way for old fans to experience the games on current-generation consoles, and an even better way for newcomers to introduce themselves to the Blue Bomber.

The Legacy Collection masterfully succeeds at preserving the original state of the classics. While it adds new content to the fray, it serves only to enrich the already-existing experience that fans have come to know and love. New challenges and the ability to marvel at designs and audio collections make the collection all the more worthwhile. Enjoy this healthy slice of gaming history.