Life is Feudal: Your Own Review

An open world crafting & survival sim that stands out

Life is Feudal: Your Own is an open world crafting and survival sim in a world full of them. It manages to stand out. The high quality graphics and extra depth in its crafting system certainly distinguish it, yet it’s the setting–a non fantasy medieval setting without a zombie in sight–that really makes the game pop on the Steam Store page. Unfortunately that’s not enough to make a game good.

Let’s start with how it looks. You can tell just from the models in the character creator that LiF is going to be detailed. It’s also nice to know that all that fidelity wasn’t squandered because the world is really pretty. There are many different kinds of trees and herbs distinct in quality and appearance. The water effects are particularly beautiful, forcing me to spend a lot of time just taking screenshots of the coastline. Even the skybox is above and beyond what’s normally expected of a game like this. It reminds me of Oblivion when you finally escape dank dungeon #34389 and you see this gorgeous technicolor world alive with primary colors and opportunities. 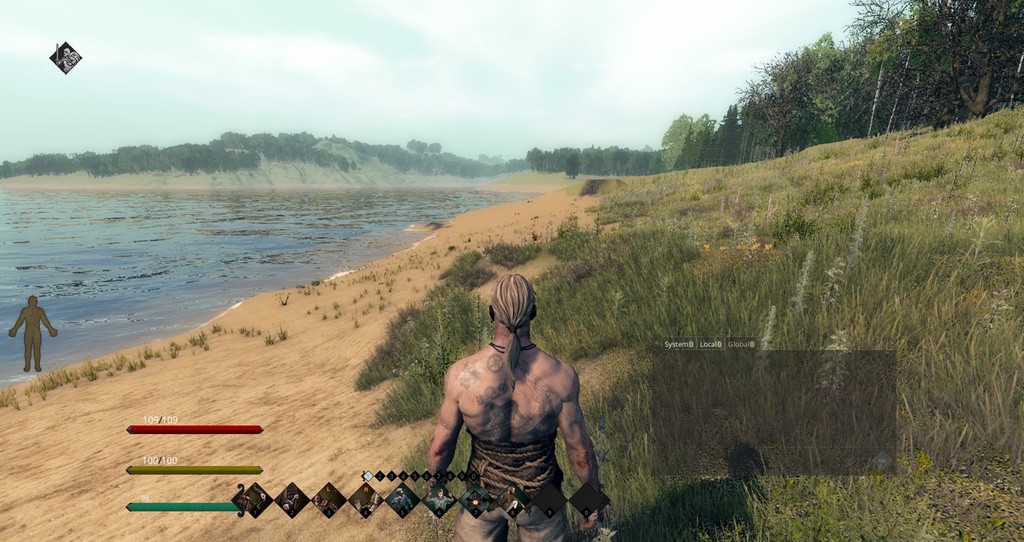 It also reminds me of Oblivion in that the world is covered in stupid foliage that doesn’t really do anything but gum up the system and make the draw distance painfully obvious. That brings us to the other side of this coin: crap optimization. LiF can’t keep a steady framerate on even the best rigs and it can’t keep a decent framerate on any setting if you just have a moderate computer like I do. More than this, the game is filled with glitches that range from distracting yet funny, like shadows following you around and water disappearing to game breaking ones like servers crashing and not being able to leave windowed mode. There are quite a few UI and control bugs, too, like having to pick things up more than once, the wrong tree falling down, and animals drowning themselves whenever you chase them. I could go on. This is inexcusable for a $.99 impulse buy. For a $40 game with AAA backing that’s been in early access for a year? Oof… I can’t even. 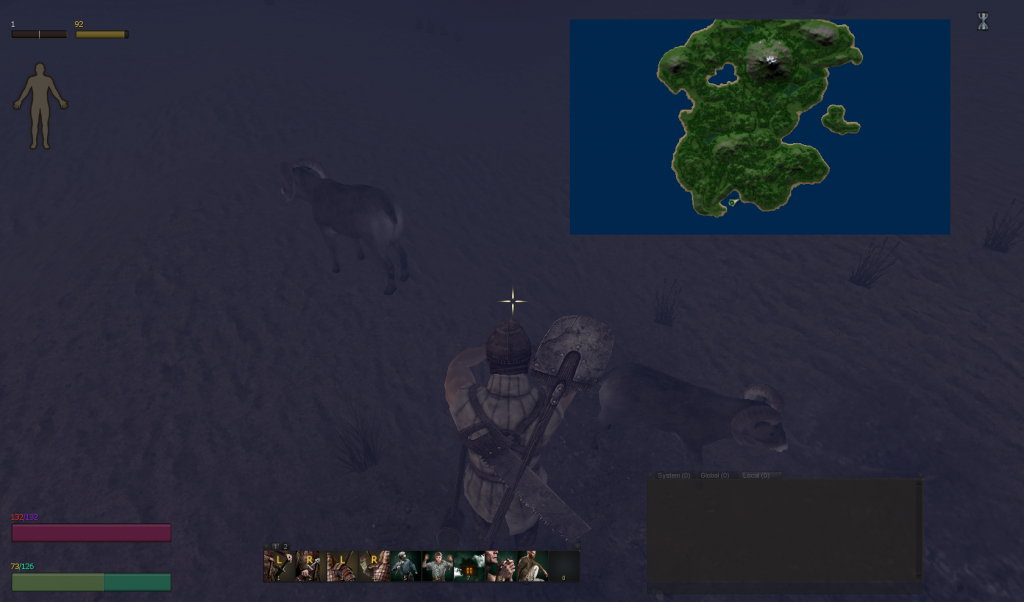 Luca Brasi sleeps with the goats.

Though to be perfectly fair, this game would probably suck if it ran perfectly. Combat, like everything else, is a joyless chore. It’s like if the combat from Skyrim had a baby with the combat from Mount and Blade and that baby was fed a straight diet of lead paint and was dropped, a lot. It’s painfully slow even without the framerate issues, and so simplistic as to completely negate skill (unless you count lagstabbing as a skill). Combat is basically unavoidable as well, considering robbery is far and away the best way to accomplish anything.

That’s because crafting also sucks, whereas combat is far more simple then the convoluted crafting… and random as all hell. To tame an animal you have to chase it down and feed it. Sometimes it takes ten apples, sometimes fifty. Building knowledge in a skill gives you random recipes. I think trees have random hit points. Anything worth doing is painfully slow. Killing an animal can take 10-15 minutes while harvesting said animal can take another 15-20. You can hardly do anything with the animal without skills that you probably don’t have. Farming is almost as slow and tedious as real life farming. You have to put in hours just to build a mud hut, and if you want something more than that? You have to grind and grind and grind. I have never played a game that has such little respect for my time: 90s jrpgs and Android store addiction simulators included. 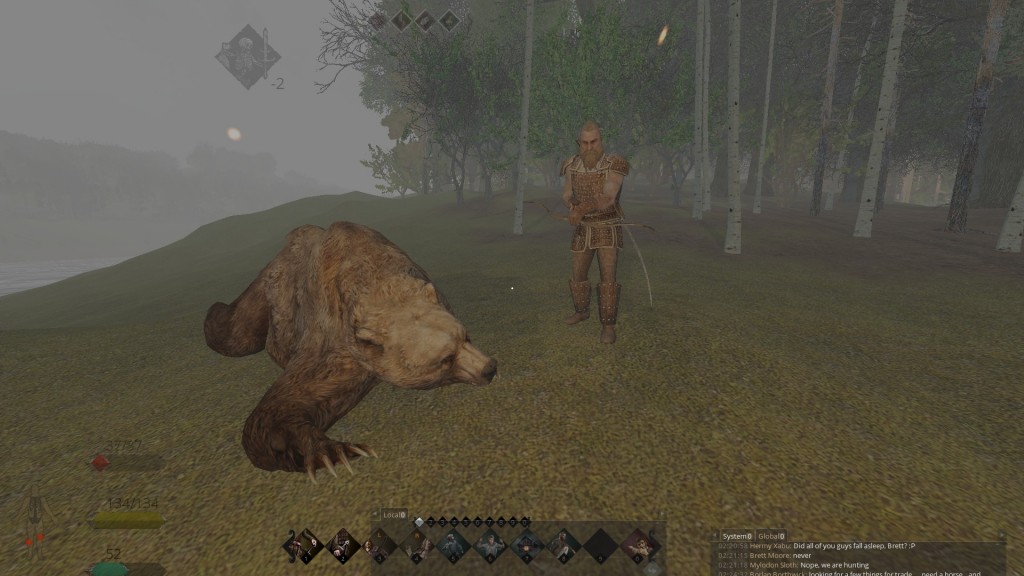 And now for the ultimate challenge: doing anything productive with the bear.

And yes, you can change the crafting and harvesting times if it’s your sever, but why? To play 7 Days to die without zombies? That almost sounds novel until you realize that they never added anything dangerous to give impetus to the chances of survival. How about Minecraft with better graphics? In Minecraft you can create or do anything you want with very little frustration involved. Also, Minecraft works. Maybe Eve Online or Dwarf Fortress with a non hideous GUI? That’s closer. But here, Eve and Dwarf Fortress are a thousand times more deep and nuanced, and you can already give them the lead in graphics.

In the wake of Minecraft and Terraria, open world crafting games are a dime a dozen. None have surpassed them, but quite a few offer something interesting and unique enough to justify themselves. Life is Feudal: Your Own offers an interesting setting and above average visuals. If one or both of these qualities are enough to interest you, wait. Wait for the game to get fixed. Wait for a really big sale (>$10). Better yet, wait for a different game to come out.