Grasshopper Manufacture is known for being rather unique in their game design. One of my favorite series, No More Heroes, comes from the mind of Suda 51 and Grasshopper Manufacture. Let It Die, the latest game from Grasshopper, strives to continue to bring it’s own charm and flair to the gaming industry. I was privileged with the opportunity to demo the game at PAX West and pose some questions to Let It Die’s Chief Director, Hideyuki Shin. 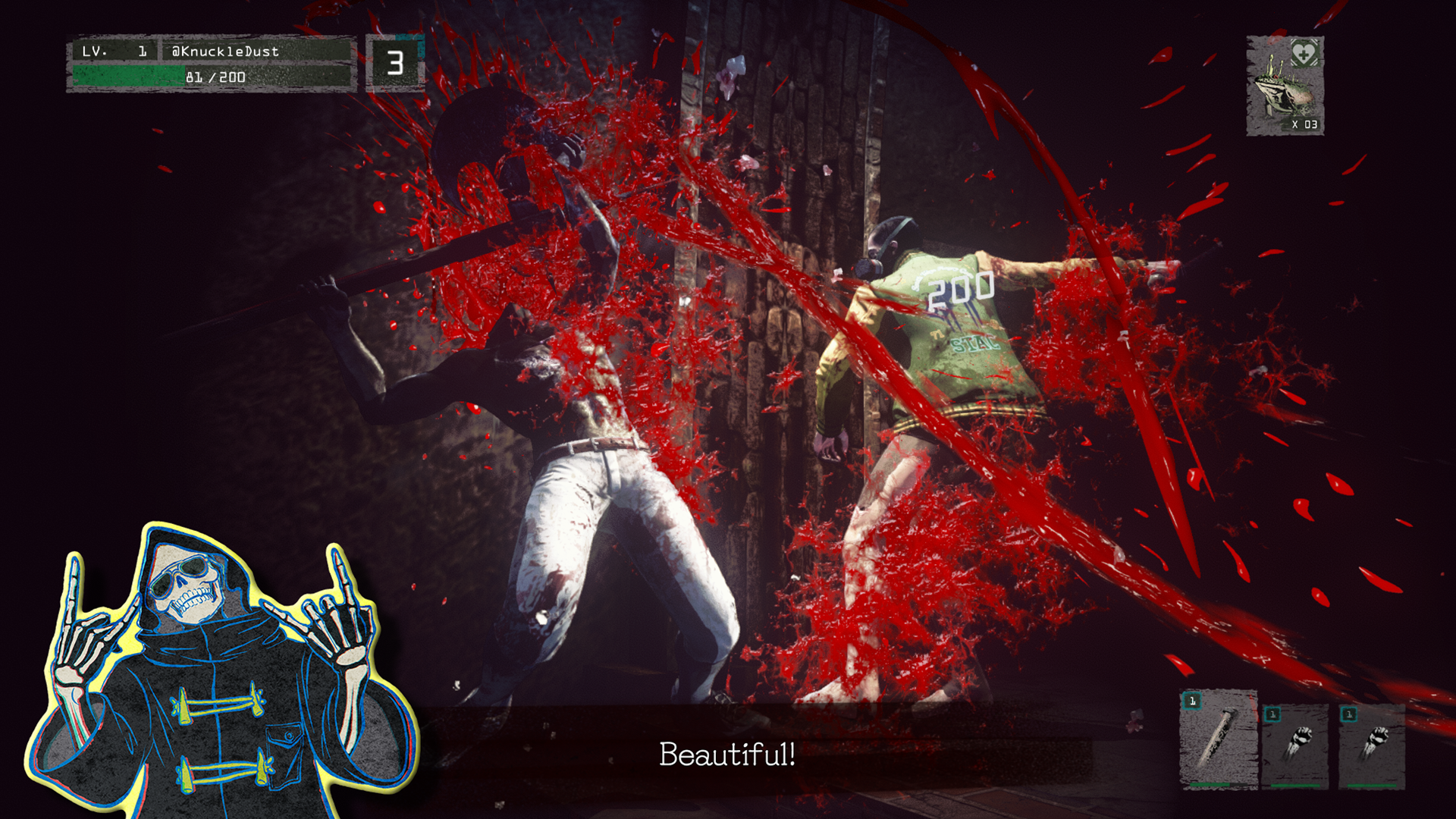 Before I describe my experience playing, here is what Let It Die is all about:

In the year 2026 AD, a large tectonic disturbance occurred causing mass destruction around the world.

South Western Tokyo split off into the ocean and became an island covered by a deep fog.

Continuous seismic activity then caused a large spire to rise out of the ocean through the island creating a tower-like structure that pierces the clouds.

Players enter the world with nothing but their underwear and must fight to survive in the post-apocalyptic world that awaits them.

Enemies defeated may drop weapons and armor for players, which may be the difference between life and death…

Players fight through a treacherous tower obtaining various types of weapons and armor while finding creatures and mushrooms to eat in order to stay alive.

Upon death, a player’s “death data” is then circulated among other player’s games where they will appear as formidable opponents.

The sharing of “death data” is one of the various asynchronous multiplayer elements that can be found in the game. More details to come at a later date.

The combat in Let It Die is treacherous as each enemy has the ability to slaughter you if your dodges are not timed correctly or you blocks are not quick enough. Your character starts out basically naked as you gather pieces of armor and weaponry from the enemies you slaughter and from suitcases strewn throughout the level. Armor for the demo was the standard affair of post-apocalypse style gas masks and tattered clothing… except for some reason, I could not find pants so my character spent the level in his underwear and later shorts.

Weapon variety is where the combat shined for me. Each hand can be assigned up to three weapons and you can rotate between them with the directional buttons. If you happen to find a two handed weapon, it will overwrite what was assigned in your other hand. Within the demo alone, I saw a long barrel revolver, a buzz saw, a nail gun, a baseball bat, a pick, a two handed katana and several other weapons in enemy hands. I asked Hideyuki Shin how many weapons I would expect to see in the game and while he could not give me an exact number, he did say that if you took every weapon in every Grasshopper game and put them together, Let It Die has more. 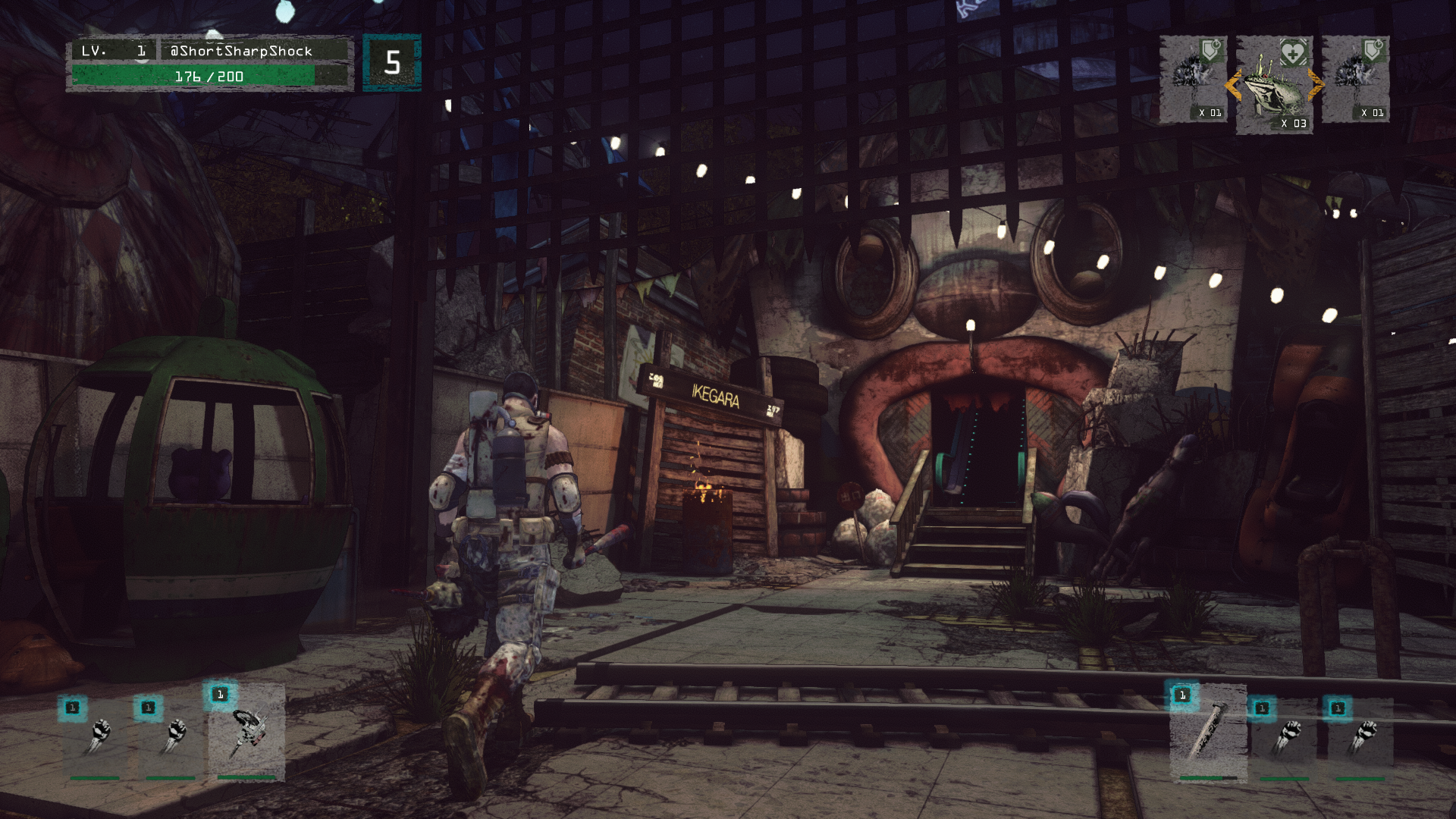 Controls were a little strange in Let It Die but once I got used to them, it was less an issue. Eventually I could crouch and sneak up on enemies for fatal strikes, land rage attacks that were built up to by dealing damage to enemies, capture frogs to eat for healing (yes, you capture and eat frogs as healing items), and perform dodges to avoid some of the scarier attacking enemies. One weird quirk that I could not get used to was the use of the Dualshock touchpad to slide between items. Either the movement was too quick or too slow and I would have to stop mid combat to focus on finding my healing frogs.

One of the cooler features that is present in Let It Die is the presence of “Death Data”, which is created from the death of other players as mentioned above. These ghosts of past player deaths function as mini bosses in the levels and are much stronger than the enemies scattered about. It took me several tries to kill this figure when I found him but when I finally did, I was awarded the katana, which was the strongest weapon available in the demo. I can see the Death Data enemies creating some very interesting challenges for players as they progress through the post apocalyptic world. 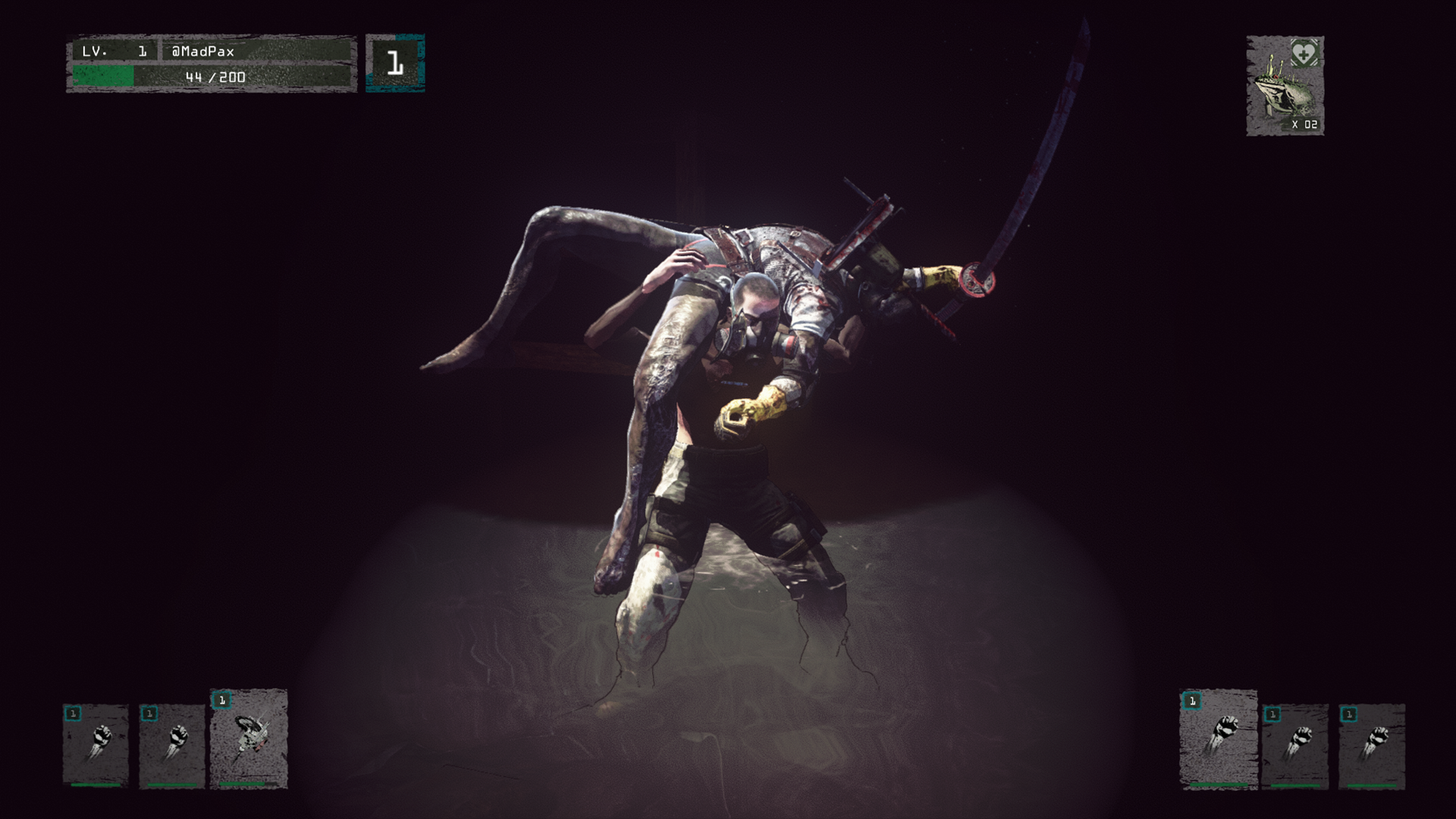 Let It Die is planned to release later in 2016 exclusively for the PlayStation 4 at the high price of FREE. I did not get a chance to inquire into how the game will be monetized but I assume there will be weapon and item packs available to the player for a fee. I look forward to trying out the full game when it releases and dying over and over and over.