A game of game overs

Have you ever been stuck in a doctor’s office or maybe the BMV, deadlocked with fifty other customers waiting their turn? In those darkest moments of despair, when there appears to be no succor for weary, a little distraction could go a long way. It is times like these when a game like Gravity Dash could do wonders for the ensuring boredom. The question is: is Gravity Dash a game that can consume the time between you and your goal, or is it a quick fix that will fizzle out tens of minutes before your appointment? Now, I’ve seen my students playing games like Gravity Dash on places like cool math games, and it’s always been intriguing to watch. But there’s a huge difference between watching a game like Gravity Dash and playing it; and while a kid playing a game like this during the last five minutes of computer class and having it at his/her disposal whenever is quite a different beast altogether.

Gravity Dash, much like its spiritual brethren (like Temple Run or Mario Run, for example), requires the player to traverse a side scrolling map and dodge various deadly traps to make it to a seemingly unreachable goal. Herein lies the main idea of the game: Run your little block guy through the level, using his gravity ability to jump between the floor and ceiling. As you continue your journey, the traps become more complex and closer together while the speed increases. The end result is an intense and difficult side scrolling adventure that borrows its difficulty levels from games like Super Meat Boy. 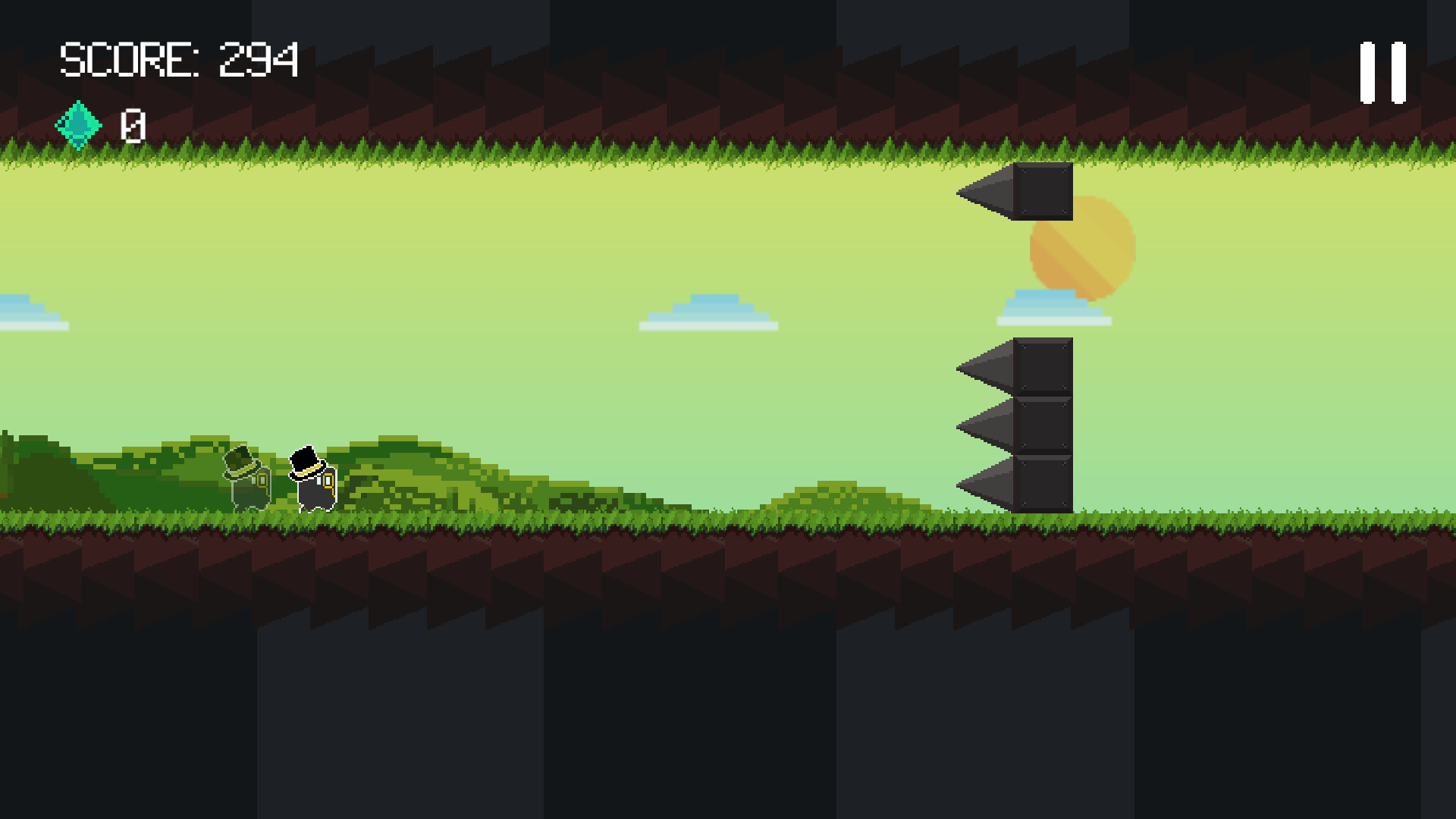 While you’re speeding through the changing scenery, you can pick up little orbs, which seems to be the biggest aspect to the game (outside of its always increasing difficulty). The more orbs you collect, the more costumes you can unlock. Additionally, you can remove ads completely from your experience with 1,000 orbs (you can purchase that for $1.99, and you can buy 250 orbs for $.99, too). Costumes can get pretty experience, and to date, I’ve only been able to capture about 7 orbs in a single run… so the process certainly could take some time.

Visually, Gravity Dash holds a cutesy pixelated art style pretty well. The shifting scenery in the background is pretty cool, but as the setting darkens, it hurts my overall ability to see what I’m doing. That said, the art style works perfectly, and the various costumes for your little block guy are neat. My personal favorite was a monocle and a top hat; how can you go wrong with that combination? In conjunction with aesthetics, the sound in Gravity Dash rocks out in a sort of techno rave. In all, if you play the game like I do, you won’t use the sound much, anyway.

Overall, Gravity Dash should be able to provide you with enough entertainment to stave away boredom in those long lines or waits, but you probably won’t find yourself tapping away at your phone or tablet at your leisure. It’s an enjoyable experience, for sure, but it’s not one that will keep you involved – unless you like challenging your top scores in a Super Meat Boy-like difficulty level. For a free-to-play time consumer, however, you could do a lot worse.

Gravity Dash Review
Plenty of longevity if played in smaller burstsOffers a challenge for those who enjoy difficult gamesPixelated art is cool
Definitely grows stale if played too longArt often makes the game difficult to play because it becomes difficult to seeAdvertisements can be obnoxious with the only way out being a micro transaction or 1,000 orbs
63%Android
Presentation70%
Gameplay80%
Visuals55%
Sound37%
Value74%
Reader Rating 0 Votes
0%