It was ten years ago that I discovered a genre known as the Massive-Multiplayer Online game. If you’ve read any of my past work, it’s no secret that I possess an unadulterated love for the Final Fantasy series. Needless to say, it’s a little strange to look back and see that I was unaware of a little game called Final Fantasy XI Online for the first three years of its existence. I was known for being a bit too selective with my gaming tastes at this young age of fourteen (good grief). Fortunately, I held hard-headed friends close to me that would help me see the error of my ways. Here are some nostalgia-laden stories for fellow players, or those who simply hold that one game close to their heart.

Jumping right into the start menu, I proceed to create the most generic Elvaan character possible. He looked exactly like the character on the promotional art.

He was as tall as possible with flowing white hair. I named him Zakarias, because I was an unimaginative twit (and would later change the name to my new standard – Xadren). 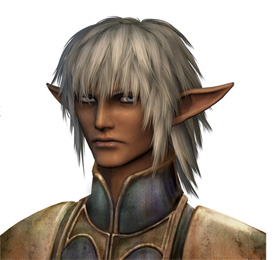 He was from the Kingdom of San d’Oria (where else for an Elvaan?) Lastly, he would also be a Warrior for now, as I did not understand the job systems whatsoever. Also, it was impossible for me to make up my mind as to what advanced job I would play.

I entered the game world for the first time only to be completely dumbfounded at the grandiose Kingdom. I ran around for what seemed like hours, absolutely lost, before stumbling my way into the wilderness for some reprieve. This is all too funny in retrospect, as traversing the world becomes so quick and easy with time. However, I would never be able to capture the magic and bewilderment I experienced upon seeing Vana’diel for the first time.

After stumbling out into West Ronfaure, I engaged in an epic duel with a local Forest Hare. I strafed side to side like a beautiful gazelle, before my friend showed up to say, “Moving doesn’t actually make you dodge. You just hit the thing.” Needless to say, I would have died if she hadn’t stood there and healed me.

Fast forward a year or so later. I was in an Experience Points Party in Caedarva Mire when I hit level 75 for the first time on my Samurai (a long time, I know, but I liked to switch jobs). 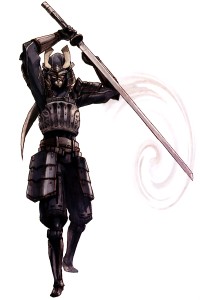 Unfortunately, Artifact Armor was never as useful as it was cool

Nevertheless, it was one of those first time experiences that one can never replicate. It was particularly enjoyable as two of my companions were also headed toward their first level 75 job with Red Mage and Dark Knight respectively. The Dark Knight passed out as we had been fighting for upwards of five hours, and it ran until about 2:30 A.M.

Samurai would always be one of my favorite jobs, but I would go on to level Monk, Warrior, Dancer, Thief, and Ninja to max level as well. The event lost its luster with each new experience. Such is the case with most MMO’s, urging you to seek more difficult challenges and claim the rewards. Nevertheless, if you play FFXI, you understand that the time spent searching for group, battling, dying, and battling some more is no joke. Each level is hard-earned. That is, until the Abyssea expansions came along and destroyed all that. That was about the time I left (although I briefly returned to see Seekers of Adoulin).

Though there are hosts of memories to include, both humorous and exciting, the final one worth mentioning is the culmination of Chains of Promathia in way of dueling Promathia with the help of Prishe. Though it would be heavily nerfed later, the Chains of Promathia expansion is one of the hardest things I’d ever experienced in video games overall, let alone in an MMO. Every single step, largely due to its progressive level caps, was a hard-earned victory, making the experience one of the most satisfying I’ll ever know.

Fighting a massive beast in one of the most beautiful arenas imaginable is what video games are all about. Not to mention that being able to use your full strength against the final boss without level caps was a relief. 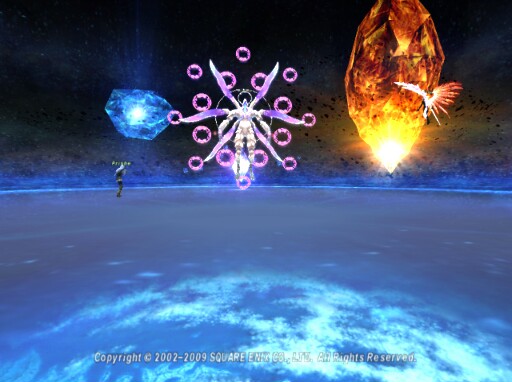 After conquering Promathia, you not only see the ending for an awesome story (especially for an MMO) but are treated to one of my favorite pieces of video game music that’s ever been composed. The name of the song would go on to be the title for the orchestrated Final Fantasy albums – Distant Worlds.

Though Final Fantasy XI changed dramatically since my time, it is still my most fondly remembered game of all time. It is a prime example of the joy and companionship that video games can bring. Being able to embody my own character as well as overcome immensely difficult challenges with friends and strangers is satisfying and somehow indicative of real life morals. Square Enix released Rhapsodies of Vana’diel as a final expansion for the game, with both PS2 and Xbox support ending next year. No word is given on PC support, but it’s likely a sign that it is officially time to say goodbye to a beloved game. However, the memories will always be here.