Is subtlety your specialty?

Every once in a while, we have a game dropped in our lap that we just didn’t expect or can’t fully grasp. Something will mix different media types in such a way that it feels like it sets a different and new standard. One thing seems unfair about writing, or reading, a review about Dear Esther: Landmark Edition. While it is undeniably classified as a game for marketing purposes, it doesn’t quite fit that classification. Each playthrough is an explorative experience featuring slightly different randomized visuals, musical arrangements, and immersive narrated storytelling. Dear Esther: Landmark Edition feels like an interactive movie told through a vivid 3D gaming landscape with a slight shift in perspective each time you run through it.

When you start the game, you are on the shore of a lush island next to a light tower. As you reach certain spots on the island, you will trigger a narrated sequence that may sound different but familiar each time you access them. Visual details will appear slightly different each time you play through as well. The largest addition to this version of the game is the option to have the director’s commentary turned on where you will hear the music composer, story writer, and graphics leads talk about their creative process as well as share interesting factoids. The major point of playing Dear Esther is to build your own point of view about what events took place on this island, when they happened, and how the haunting puzzle pieced together. As you come to each structure or artform in the game, you can’t help but try to think of their symbolic meaning. Every single button on the controller is a zoom button, and no you cannot run or click on anything. Part of the allure to this game are the uncertainties that come up while playing and analyzing what they mean. Does the automatic flashlight feature reflect your state of being? 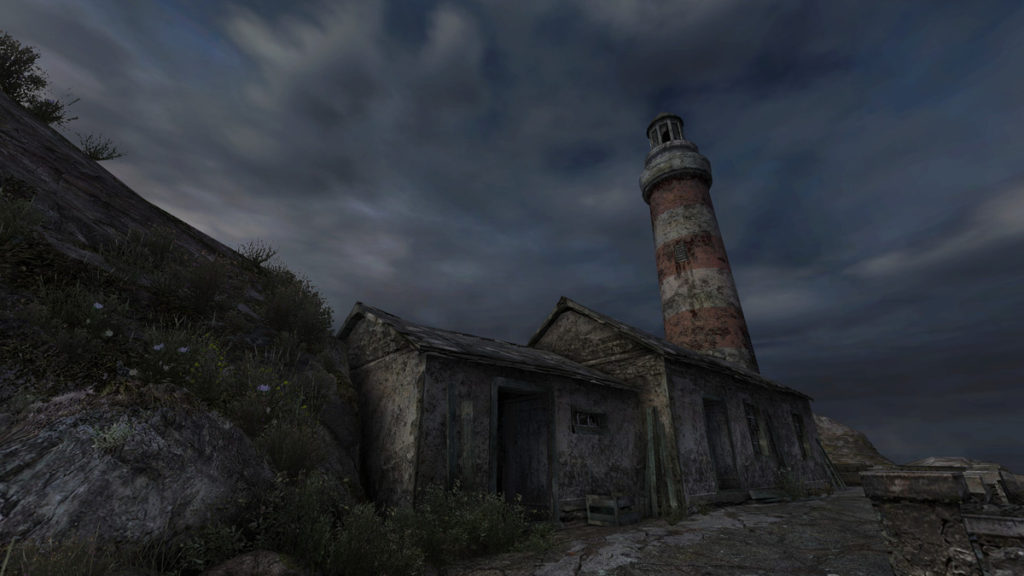 If you look at Dear Esther: Landmark Edition as an interactive film experience, there are several shortcomings. The art of film is usually defined by its ability to catch action onscreen and controlling the pace through transitions like cuts. As an elongated single look at each scene through the game, the camera in Dear Esther adds a sense of eerie tension. This is further emphasized by the lack of any action being caught onscreen. It is unfortunate that a spoiler could be that nothing happens outside the narration. The most effective films tell a visual story that can be understood even while the sound is turned off. While the scenery in Dear Esther is gorgeous, your story is delivered through randomized exposition. During my three playthroughs of the game, I didn’t see much of anything being different other than some slightly different voiceovers that felt only barely altered.

While touted as the first member of the “walking simulator” genre, there is something to be said about the mood and tone that Dear Esther evokes through what you see and hear. As a chill and explorative experience, it delivers a coherent narrative more than another recent hit (or miss) No Man’s Sky. Even if you don’t know what you are doing, it is a structured, and directed, storytelling experience. Details about the story of this game were deliberately omitted from this review as to not affect your comprehension of what happens. Dear Esther: Landmark Edition is a love letter to the Blair Witch that likes to be read.

Dear Esther: Landmark Edition Review
The dynamic storytelling elements provide an unique experience each play through.The storytelling is effective in its own way.The environments in the game establish a tone and mood that make you think and feel.
Each play through is barely different.The lack of interactivity with the environments makes this game frequently boring.While feeling powerless is part of the point of the game, it makes for bad game play.
69%PS4
Presentation85%
Gameplay25%
Visuals75%
Sound79%
Value81%
Reader Rating 0 Votes
0%