How would you like to have your idea for a video game turned into reality?

That is the question that BrightLocker, a new video game crowdpublishing website, is asking. Finishing up its first phase of beta testing, Bright Locker offers a unique way to turn your awesome video game ideas into a real, final product. How exactly does it work, you may ask. Having been a part of the initial beta experience, I can detail some of the coolest aspects of BrightLocker.

The idea behind BrightLocker is fundamentally simple. Users sign up, and they are presented with a select number of choices. Those options consist of submitting a game idea, voting for and funding video game plans, or purchasing in-site currency to advertise and support them. The process of doing each is also very simple, as I had the opportunity to partake in all three. And if the site works as I imagine it could, something huge may be looming on that audacious horizon.

Let’s begin with the most interesting of features that you’ll find once BrightLocker opens its online doors, and that is the ability to propose and flesh out an idea you have had or currently have for a video game. The process was extremely simple. When I submitted my test idea, I was greeted with a few pages of simple boxes to complete. In those boxes, I was required to detail the game concept, synopsis, play style, genre, audience… you name it.

But what I found to be truly awesome about this is that, at the end of your submittal, you have the option to pay for concept art and banner images for your idea. They started me with 1,000 coins in the beta (I’m not sure if you’ll get any to start on launch). The concept art cost 500 coins, so I could have been able to get two pieces done. This feature, however, was not actually in play during the beta; they were merely testing the request ticket function. During the beta, every few days a new set of game ideas were put up to compete for publication consideration.

Supporting your own or other’s ideas

When ideas are listed for the community to vote upon, users can utilize hearts (one of the two in-site ‘currencies’) to up-vote any game they choose for as many hearts as they like (or possess). Should you have submitted the idea, you can pay coins to put your game in the spotlight and find other means of grabbing more attention. The voting process took about three days, and the top five game ideas were put into consideration. From there, at least one game would be chosen for development.

What happens when a game is chosen?

Once a game is chosen to be funded, a few more options open up for BrightLocker users. These users can keep fresh on game updates if they wish to follow the development project. The funding of projects is relatively similar to your Kickstarter and IndieGoGo crowdfunding sites in that you choose to pay coins for development by either straight donating or selecting a reward.

For example, the game I had been following offered various digital items or in-game items for small donations. It appears that rewards can be just about anything the development team chooses to tier. The site also offers achievements for completing various tasks online, though I’m not sure they mean anything outside of having them on your profile. 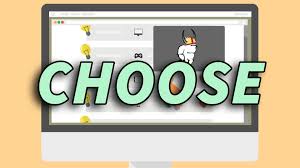 As you’ve read multiple times throughout this article, BrightLocker offers two forms of currency – at least as far as the beta is concerned. The first is to purchase coins. Coins are used to feed development, promote your game idea, or have artists create conceptual work for that game/idea. From what I saw, the price of coins was pretty high. For about 1,000 coins, you’ll pay $99.99. The same deal flew for hearts, too, though you receive more hearts for your money. All in all, you could find yourself sinking hundreds of dollars into the currency on BrightLocker should you either really like a project or believe you have a gold mine idea.

What I saw from BrightLocker was a promising crowdpublishing platform that offered much to the casual and hardcore investor alike. While the price points on the purchasable currency seemed drastic with minimal middle ground, what you could do with your money appeared to be impressive (especially the concept art idea). I’m not sure what kind of light BrightLocker will steal from established crowdfunding sites like Kickstarter, and perhaps they realize that by calling it crowdpublishing. Should users buy in to the concept of BrightLocker, however, the possibilities are endless. Keep your eye out for any future updates on the progress and eventual opening of BrightLocker.