This week at Bitcultures has saw many of us still getting over Metal Gear Solid V, with our very own Editor-in-chief making the most of the in game radio.

Konami released its latest offering in the PES series, all in hopes to chip away at the footy giant that is Fifa 2016 which comes out next week. Sports fans also had NHL16 and Rugby League Live 3 to sink their hours into, unless they were watching the Rugby World Cup this week that is. Forza 6 managed to give Xbox One owners something to play, whereas the PS4 gave its side Tearaway Unfolded, a sequel to a much under-rated PSVita game (which people should seriously play, it’s awesome). Despite a pretty sturdy week of games, it seemed like Destiny : The Taken King took away the crown for most gamers.

Despite some worthwhile releases this week, not much has distracted us from the absolute slew of announcements from TGS in Japan. Square Enix showed off more than they needed too, with a new trailer for Final Fantasy XV and the announcement of Kingdom Hearts 2.8 Remix (yes another one), the big announcement came with Dragon Quest Builders, which takes the world of DQ and mixes it with Minecraft. SaGa also got a new entry in the form of SaGa: Scarlett Grace for the Vita; a fun little surprise. Square also gave us a slightly new look at Star Ocean : Integrity and Faithlessness and will be released in Japan on February 25th. Although there was no western release confirmed, it is highly likely.

Speaking of unlikely English releases , Sega dropped some hefty Yakuza reveals, including a HD remaster of the first two games coming to the PS3 and PS4. In even bigger news, Yakuza 6 was announced, putting us westerners even further behind with the releases. Gee, thanks Sega. Capcom also chimed in with a brand new entry in the Resident Evil series… which is a team-based online shooter. Gee, thanks Capcom.

What got me going however, was Atlus, who gave me the fix I needed in the new Persona 5 trailer, a game that is looking mighty fine I may add. Sadly, this was also paired with a delay, pushing the release of the game back to summer 2016.

Don’t forget that the site has seen host to some great new features, such as Top Ten Playstation Landmarks and a whole new episode of the Bit Cast. Accompanying this is all our weekly goodness, which you can check out by pilfering through the site, but also make sure to check out the brand new feature: Free to be Weird.

With all of this awesome news it was hard to hear many of our tears and anguish, as Konami furthered it’s self-destruction in confirming that the only AAA console game they will release from now on will be PES. Whilst we threw flowers on the grave that is Konami, we got thinking about what our favourite Konami releases were from over the years. I asked around the office, which you can see below. 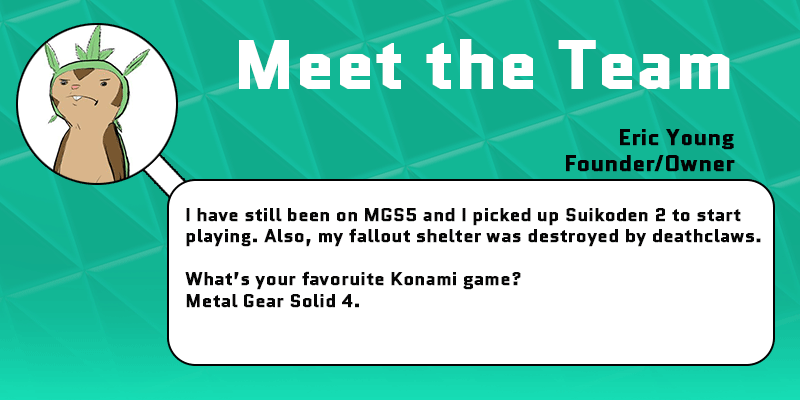 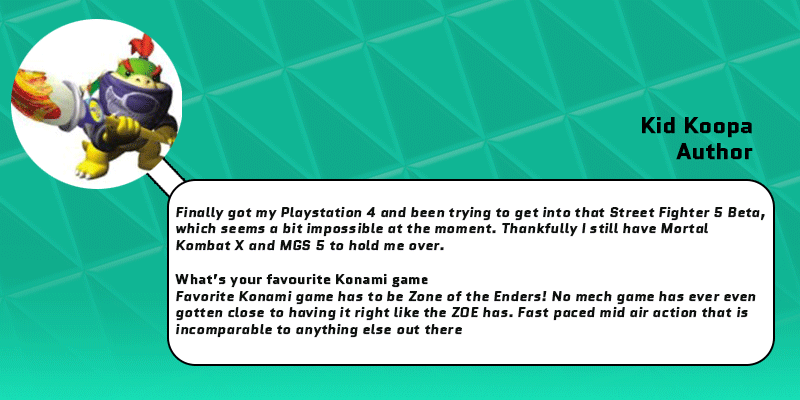 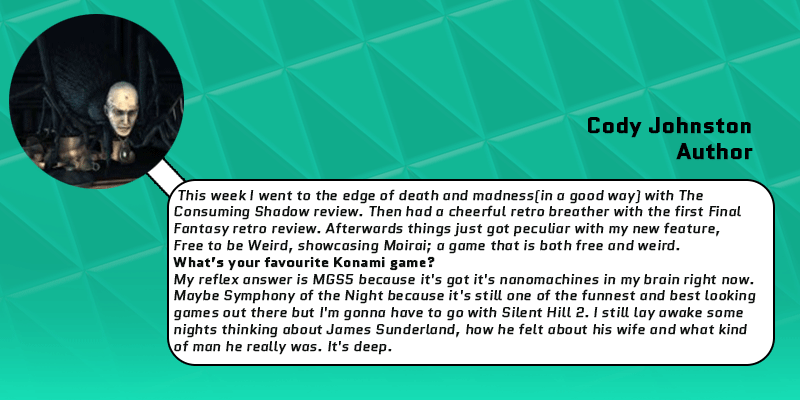 Some interesting answers right there. All incorrect though, everyone knows Silent Hill 2 is the pinnacle of Konami’s products over the years.

As always, we love to hear from our readers, make sure to leave us a comment with your favourite Konami game, or leave us a tweet @Bitcultures, you may just get featured in next week’s article.