Every child who grew up in the 90s and early 00s most likely fell in love with Jurassic Park (after, of course, being terrified by that giant, monstrous T-Rex). When I was in the 3rd grade, I swore I wanted to become a paleontologist. That dream quickly faded as I discovered a passion for teaching English and writing (and equally discovering that I’m a poor science student), however. Even then, I always have and always will devour dinosaur related games, growing up with the fantastic Jurassic Park for the Sega Genesis and the not-so-popular The Lost World for PS1, all the while enjoying the films – even the bad ones. When I got my hands onto ARK Park, the VR dino park sim from Snail Games inspired by the wildly popular ARK, I was quite excited.

VR is still underused by mainstream developers, and that’s a shame. Anyone who played Resident Evil 7 in VR understands how incredible the overall experience can be. I’ve spoken of this before – and likely will again – but the level of immersion that befriends most VR titles is unrivalled. So too is ARK Park, dropping your created and customizable character off outside the park, ready to board a futuristic transit headed into the park. As you enter the sleek vehicle, make your way to front, and initiate transportation (sadly, you’re alone on this brief journey), you’re instantly chauffeured over an immense body of water. To your right, almost on cue, an enormous and beautiful whale-like dinosaur Shamoos its way through the water, up and out in a giant splash and underneath the rails, only to appear on the opposite side. It was like my dreams of experiencing a dinosaur park were nearly tangible. 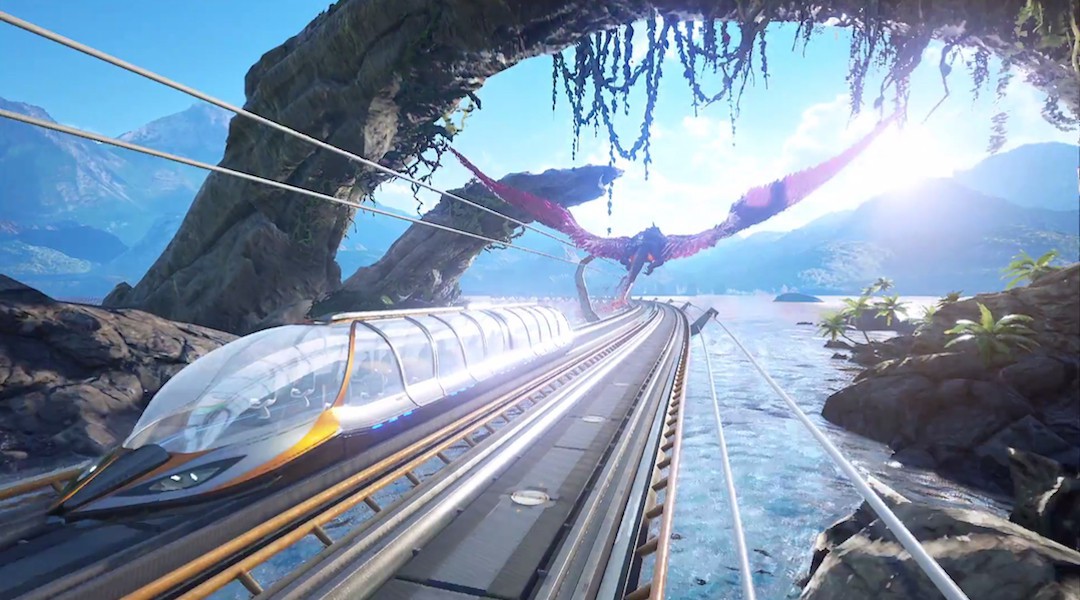 Stepping off the transport and into the lobby of ARK Park, too, was enjoyable and reminded me of the hub in RIGS (another remarkable VR game). You can enjoy the views of a few complete fossil displays, examine the park map, play with miniature dinosaur recreations, and finally enter into the park itself. As you drive up and into your camp for the first time, giant wooden doors swing shut behind you, a pure offering of respect to Crichton and Spielberg’s combined masterpiece. Once inside your personal hub of sorts, you can do a few things: hatch and raise dinosaurs, test out the shooting range, check your research, craft gear, and more. From there, a press of the square button will pull up a screen that allows you to choose where you want to go – to home base, exploration maps, or battle maps.

Here is where ARK Park falls apart a bit. The exploration maps are really small. That isn’t to say they aren’t neat, because they are, but they offer very little in the way of immersion and actual exploration that it makes me chuckle thinking about how ironic the name is. In the first area, you’re confined to a bridge where you can collect half of all the DNA samples. To be sure, the entire area is not accessible off the bat, but it wasn’t a massive expansion thereafter. The second area sees you riding around in an open top Jeep-like vehicle that never stops. All of your DNA scanning is done from the seat of your vehicle with your robot driver yelling the entire time. Still, that one was far more enjoyable than the first or third areas, as it provided me with some entertainment and wonder. It also offered another nod to Jurassic Park as we drove away from a Giganotosaurus, praying for our lives. 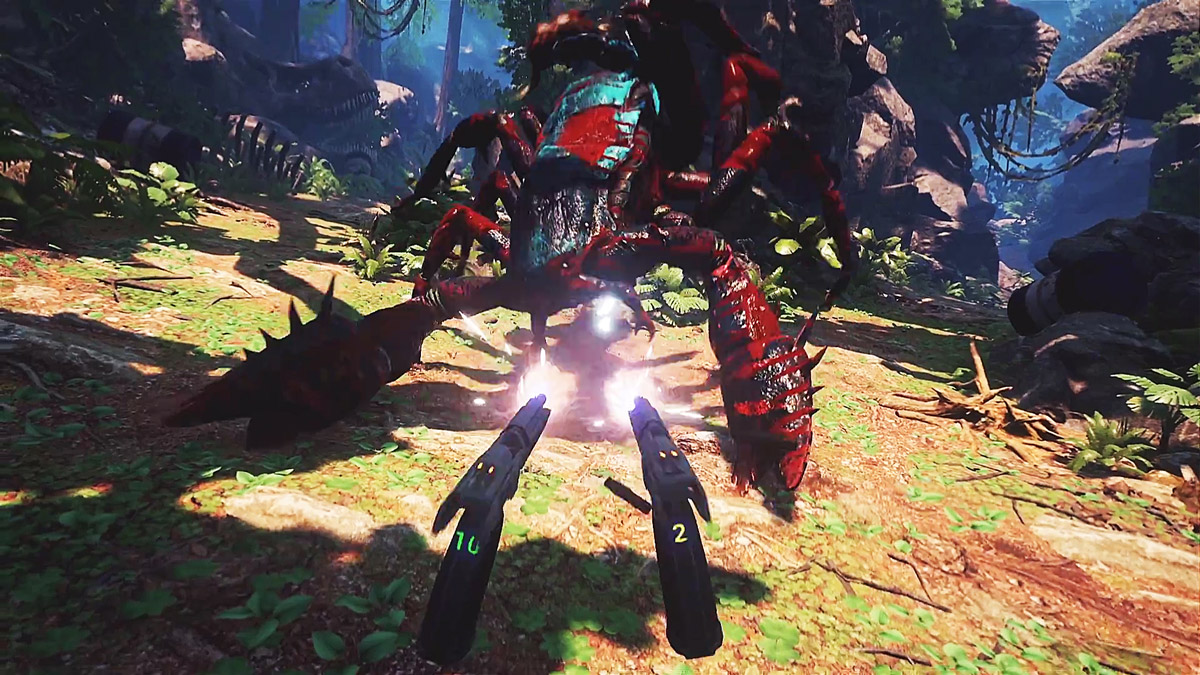 The battle stages fared worse, as the shooting mechanics with the PlayStation Move controllers was abysmal. Here’s a good point to talk about some of the gameplay mechanics. Triangle opens up your gear page, where you start off with gloves, a DNA scanner, a pickaxe, and a pistol (with unlimited ammo). Aiming in ARK Park with any of your guns depends on your method of playing. When using a PS4 controller, you direct the gun with your head (much like Resident Evil 7). I did this the first time I played ARK Park and found little issues with aiming and firing but a greater sense of motion sickness. My most recent playthrough utilized the PS Move controllers, and while it boosted the level of immersion (mining was really fun, for example), aiming the pistol and hitting the incoming dinos during a battle was nearly impossible. I failed the first and easiest mission too many times for it to have been completely my fault. Standing nor sitting made much of a difference, and neither did my proximity to the camera (though being at the closest proper range and extending your arm to shoot did mess up the aiming, as the camera couldn’t pick up your movements).

Still, if dinosaurs are your thing, you’re going to enjoy the wonder of exploring their world and interacting with them. The initial awe will most likely last your whole way through, as each area you explore is pretty different from the last, both visually and objectively (and crafting all sorts of weapons to battle the dinos is also pretty cool). Finding dinosaur eggs and hatching/riding your new massive pets is also fun, but the wonderment fades with time. I mean, it’s pretty awesome that you can spray paint and ride your dinosaurs, but unless you’re a huge fan of sims, you’ll probably run out of things to do pretty quickly. There is a multiplayer mode where you can battle against waves of dinosaurs with friends (most likely strangers because who owns a VR set?), but there aren’t many levels with which to fight. The biggest issue with ARK Park is that it’s a $39.99-$49.99 game depending on your platform, and there isn’t really enough content to cover such a high price. The concept is cool, the execution is neat if a bit lacking, and the overall value for content runs pretty low. Watch some gameplay videos and see how you feel about it before considering buying this one.