After a Bold And Bloody Debut, Drifters Promises Another Season

At the conclusion of the show’s Season 1 finale, it was announced that a second season of Drifters will air at an undetermined date. Adapted from the manga of the same name by Kouta Hirano (author of the acclaimed series Hellsing), Drifters is a unique blend of action, fantasy, and historical fiction that aspires to have something for everyone.

Like many others, the series kicks off in medias res at the Battle of Sekigahara in 1600. The protagonist, a soldier named Shimazu Toyohisa, is the only thing standing between his uncle’s battalion and an onslaught of enemy forces that far outnumber his own. After insisting that his uncle retreat, he squares off against an entire enemy squad solo. He boldly charges forward and quickly proceeds to be stabbed with (at least) half a dozen spears, yet still manages to get close enough to mortally wound the enemy commander with a rifle. Humiliated, his opponents retreat, leaving Toyohisa in a pool of blood. 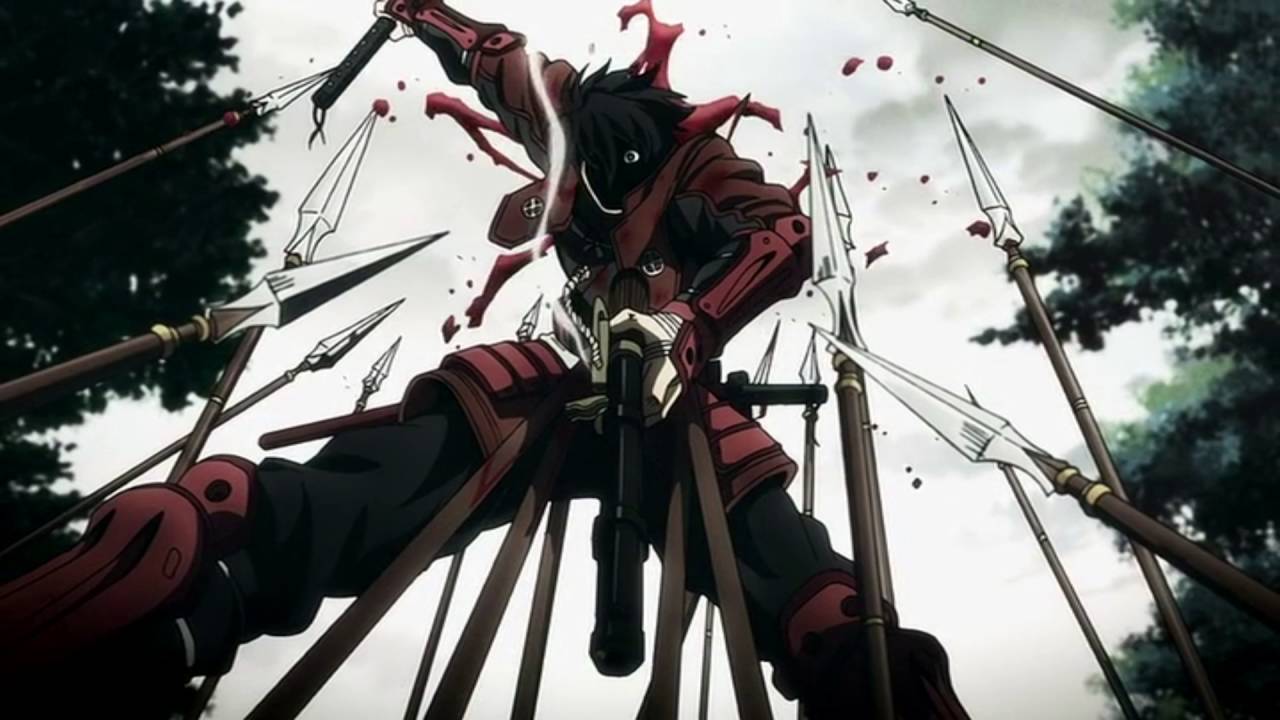 At first, Drifters strikes the viewer as an average, run-of-the-mill action anime with little more than a straightforward plot to substantiate the intense battle scenes. But when Toyohisa finally falls off the brink of death, it isn’t the afterlife he’s taken to. Instead, he arrives in a bright white hallway with no end – and no one inside but a bespectacled bureaucrat sitting at a desk. He shuffles his papers, takes one look at our wounded warrior, and waves him through a door. After a stern but casual “Next,” a bleeding soldier from what seems to be the Vietnam War era in full gear appears in his place, presumably headed to a similar fate. Before the audience has time to piece together these intersecting timelines, our main man takes a tumble into what appears to be a fantasy world; after being hauled off by a pair of wary elves, he is found and tended to by two other humans. Not only are his newfound allies warriors themselves, they each died many, many years prior to Toyohisa. We learn that these misplaced soldiers – named Drifters by the strange land’s inhabitants – have been brought across time to fight an ever-growing force of evil determined to destroy their new world and anything in it. The remainder of the season focuses on a frantic attempt to unite the Drifters amid an overwhelmingly large and formidable enemy force.

Though it isn’t a documentary in any sense of the word, part of what makes Drifters so interesting is its wide incorporation of select historical trends. During battle, for example, Toyohisa is furiously adamant about decapitating his opponents and keeping their heads. Turns out his slightly sadistic obsession actually has historical roots – warriors in the samurai era would often take the heads of prominent enemies in order to present them to their superiors. Many of the characters also carry firearms, which might seem out of place at first glance, but matchlock pistols (known as tanegashima) were widely used by samurai beginning midway through the Sengoku period, the same era during which Toyohisa’s lifetime takes place.

In addition, nearly all of the main characters are heavily based on the historical figures they were named after. The real Shimazu Toyohisa died after the battle of Sekigahara, presumably while fighting off troops to cover his allies’ retreat. His main companions in the series include Oda Nobunaga, a daimyo known for his impressive battle strategies, and Nasu no Yoichi, a samurai from the twelfth century famous for his impeccable skill with the bow. 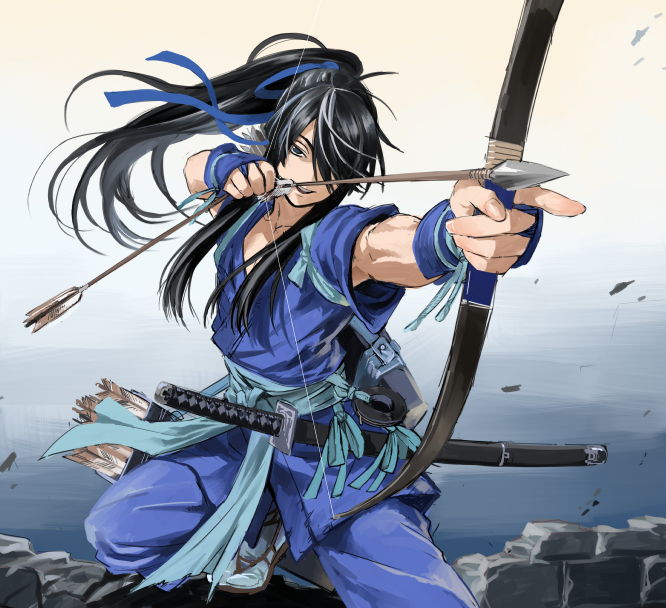 Though Drifters certainly isn’t the first piece of media to toss in bits of Sengoku period history into fiction (see also: Fate/stay night, Sengoku Basara, Civilization 5), the show insists on developing characters from a variety of timelines rather than sticking to just one. The main protagonists are Japanese, but other well-known historical figures, such as Butch Cassidy, Hannibal Barca, and Joan of Arc play notable roles on both sides of the conflict. Though there isn’t any evidence to support the notion that they ever fought a battle of epic proportions, it’s still very interesting that Drifters has managed to incorporate a broad scope of history into a single plot.

There are some aspects of the show that aren’t as laudable, such Toyohisa’s seemingly limitless plot armor and its hit-or-miss attempts at goofy humor to lighten the mood (but really, if it isn’t joking about the size of a female character’s breasts ad infinitum, is it really an anime?). But luckily, the engaging premise and well-crafted characters are sufficient enough to keep the audience’s attention throughout the series.

However, despite its unique synopsis, the animation itself leaves something to be desired. The bold outlines, bright eyes, and liberal use of parallax imagery make each episode seem comic-esque and seem fitting for the fast-paced battle scenes, but often make the dialogue look choppy and unfinished. Regardless, this style still somehow compliments the brazen, bloody atmosphere of the show. Despite its drawbacks, Drifters is an edgy fantasy adventure that isn’t for the faint of heart. It’s as morbidly enjoyable as Hellsing, and certainly worth a chance from action buffs and history nerds alike.

Drifters is available for streaming on Crunchyroll.