I remember a time when the brand name of Sega meant fun instead of eye-rolling mistakes that forced a celebrated company to exit the hardware business. From the Genesis on, I owned every Sega console imaginable at one time or another, including the Sega CD, 32X, Game Gear, Saturn and Dreamcast – the company’s swan song. Some would say that Sega’s downfall from being a leader in the Console Wars to being a footnote in history began with the Sega CD/32X, but I actually felt it started with the rushed surprise E3 1995 launch of the Saturn that alienated retailers and developers alike.

But this article isn’t about the Saturn and it’s time that was cut too short. This is about the Dreamcast, Sega’s 128-bit superpower that attempted to go toe-to-toe with the behemoth PlayStation 2, and didn’t live to tell the tale.

As a longtime video game fan, some would find it surprising that the lone system I ever bought to date at a Midnight launch was the Dreamcast. I called up my local Walmart on September 8,1999 to see how many they had in stock for midnight – they had just four units because the location was relatively new, so Sega didn’t ship them a normal allotment. This was before midnight launches became regular events, mind you… so I headed on out there at around 10pm and stood in a line for just two hours. More people came, but were turned away when they discovered the low stock available. At 12:00 AM, I was rung up for my shiny new Sega system and Sonic Adventure, and I went home confident that this would turn Sega’s fortunes around. 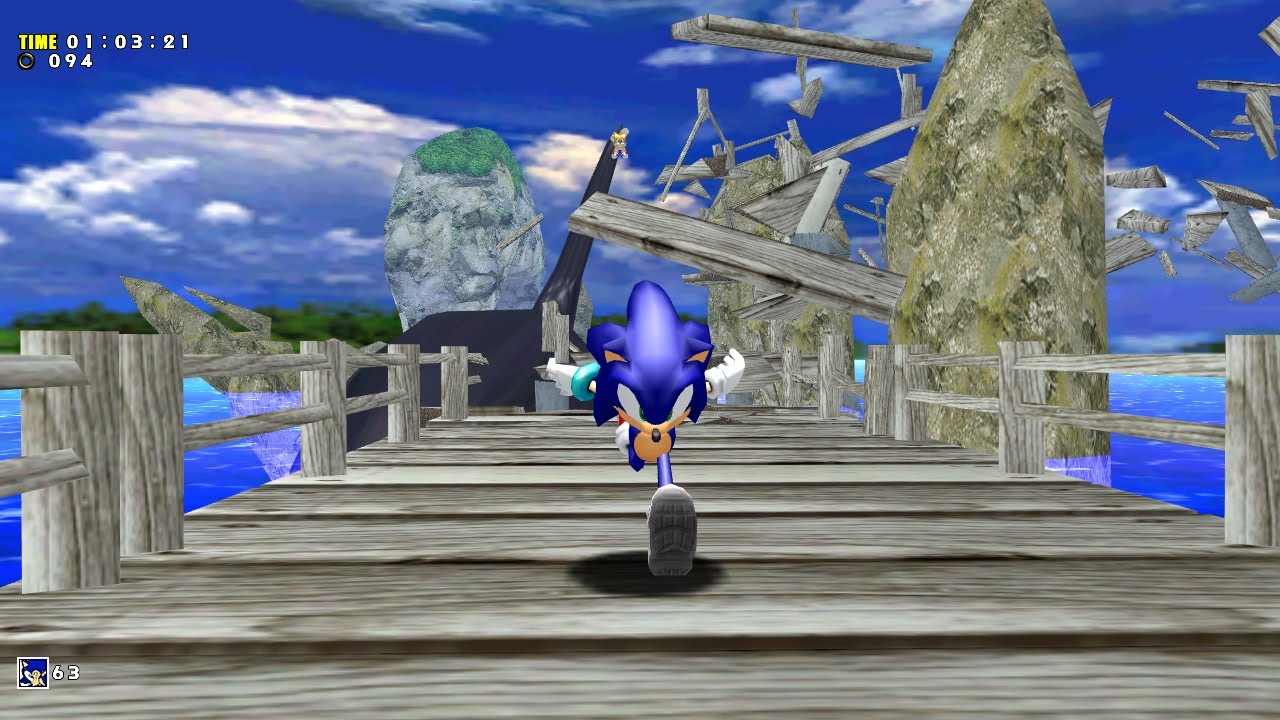 The Dreamcast was truly a machine that was ahead of its time. Not only did it have one of the best marketing launches of any Sega system – “$199 on 9/9/99” as well as it’s innovative and haunting “It’s Thinking” ad campaign – the Dreamcast also benefited from a very strong lineup of titles. Not only was Sonic Adventure the true 3D Sonic title we all wanted, but Soul Calibur from Namco was THE system selling game in its arsenal.  The fun cartoony boxer Ready 2 Rumble and technologically advanced fighter Dead or Alive 2 were also notable games within the launch window.

I ran home and hooked up my console and was entranced from its open screen forward.  The huge round controller took inspiration from the Saturn 3D controller that traditionally shipped with NiGHTS into Dreams.  Despite its size, it was strangely comfortable in my hands. A strange little memory unit called the VMU plugged into the top and displayed a private little screen within the controller – used to call plays in sports games like NFL 2K in private without other gamers in the room seeing what you are doing.  We would not see such innovation like this in a home console until the Wii U’s gamepad almost 13 years later. A 56.6k modem was built into the back, another first for a home game system.  It would not be utilized until a year later in NFL 2K1, where I played my first truly online game – and it was an ugly 35-10 loss… yes, so ugly I remember the score of shame. 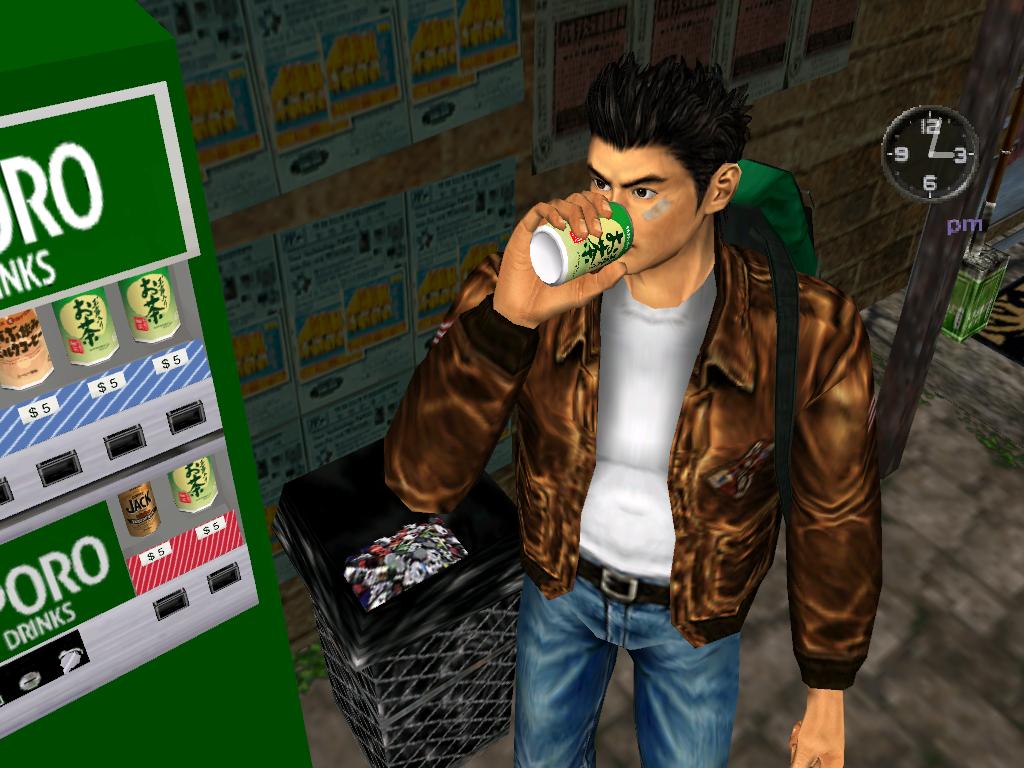 The PlayStation 2 wouldn’t launch for a year after the Dreamcast, and with games like Crazy Taxi and Resident Evil: Code Veronica coming soon, I was confident in my purchase. The Dreamcast was the first system to offer DLC, even if minor – you could download new decorations for the town square in Sonic Adventure for the holiday season. Games looked polished and sleek, fresh IPs like Jet Set Radio, Seaman, Skies of Arcadia and Shenmue have some of the most dedicated fan bases to this day.

So when did it start to go wrong?

One could argue that it went wrong before Dreamcast even came out.  The troubles of the Saturn (and 32X before that) tarnished the Sega name beyond repair. The impending PlayStation 2 with its built in DVD player and success from the PSone to build on overshadowed what noise the Dreamcast could make.

I played my Dreamcast all the way until the end, and it even got a lot of favoritism over the PS2 for a year after it launched while that catalog caught up to what Sega’s system had to offer at that point in time. Playing wildly fun rounds of Virtua Tennis with friends while the PS2 sat there untouched is a particularly fond memory for me. 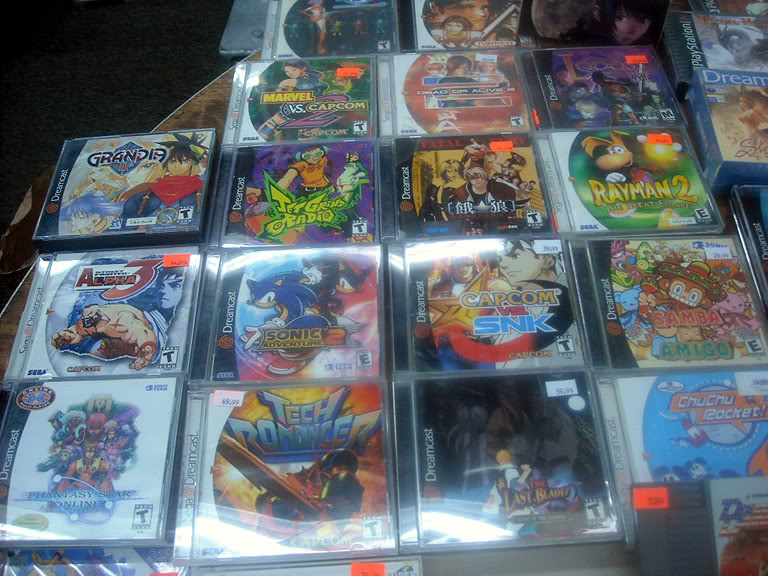 In the end, PlayStation 2 went on to sell over 157 million units worldwide and became the top selling console of all time. That is a number that, even as popular as it is, the current PlayStation 4 will be very hard pressed to come within shouting distance of. The Xbox from Microsoft and Nintendo’s GameCube would further put the nail in Sega’s coffin as the Dreamcast’s final tally hovers around just 10 million. But I loved my Dreamcast, and it’s legacy lives on with the NBA 2K series and innovative games like Seaman, Jet Set Radio and Shenmue, its pioneering of a true online community in the home console space. People who owned a Dreamcast were also clearly happy with their purchase: it still remains to have one of the highest console to game attach ratio ever – clearly, people loved it and bought a lot of games for it.  There just wasn’t as many of those gamers as I would have liked. It is this gamer’s dream that Sega one day returns to make a home console, despite knowing that “dream” is the operative word in getting a “Dreamcast 2”.

The Dreamcast is not only Sega’s last console, but, in this gamer’s opinion, their best console. Such innovations, so many top shelf games, and the added charm of feeling like the underdog could win. I love you, Sega. The Console Wars just haven’t been quite the same without you.