When traveling across the vast landscape of video games, wouldn’t it be great if you had a little fan club always cheering you on? Well we sadly don’t have a whole club of elves but we do have one Adoring Fan from The Elder Scrolls: Oblivion. Yes this plucky little Wood Elf is essentially part of your ‘reward’ for becoming Grand Champion in the Arena. With a smile plastered across his face, he is a follower yet he has very little use out in combat sadly. He is more likely to actually run away and hide as opposed to actually helping you out. You shouldn’t be too worried about him if he meets his untimely demise though – he will respawn in three days, now not many elves can boast being able to do that! Just be aware, no Adoring Fans were harmed in the making of this top ten.

4. LEGO Legolas (LEGO The Lord of the Rings: The Video Game)

Any fans of The Lord of the Rings franchise will of course recognise Legolas, being such an iconic character to that universe. To even delve slightly into his character and back story would be lengthy but just know that if you have no idea who he is then you’ve got a lot of catching up to do! However since it is approaching Christmas and we want to be a little different in this top ten, we have opted to feature the LEGO version of this battle worthy elf! Within the LEGO games themselves he has two ways of attacking, using his bow at long range and switching it up to twin daggers when he gets close to his enemies. Of course this is Legolas we are talking about so he looks majestic and heroic even when shrunk down to a little brick figure. There is something oddly satisfying about seeing a LEGO based elf firing off arrows at other brick based creatures, only in the world of video games everybody! 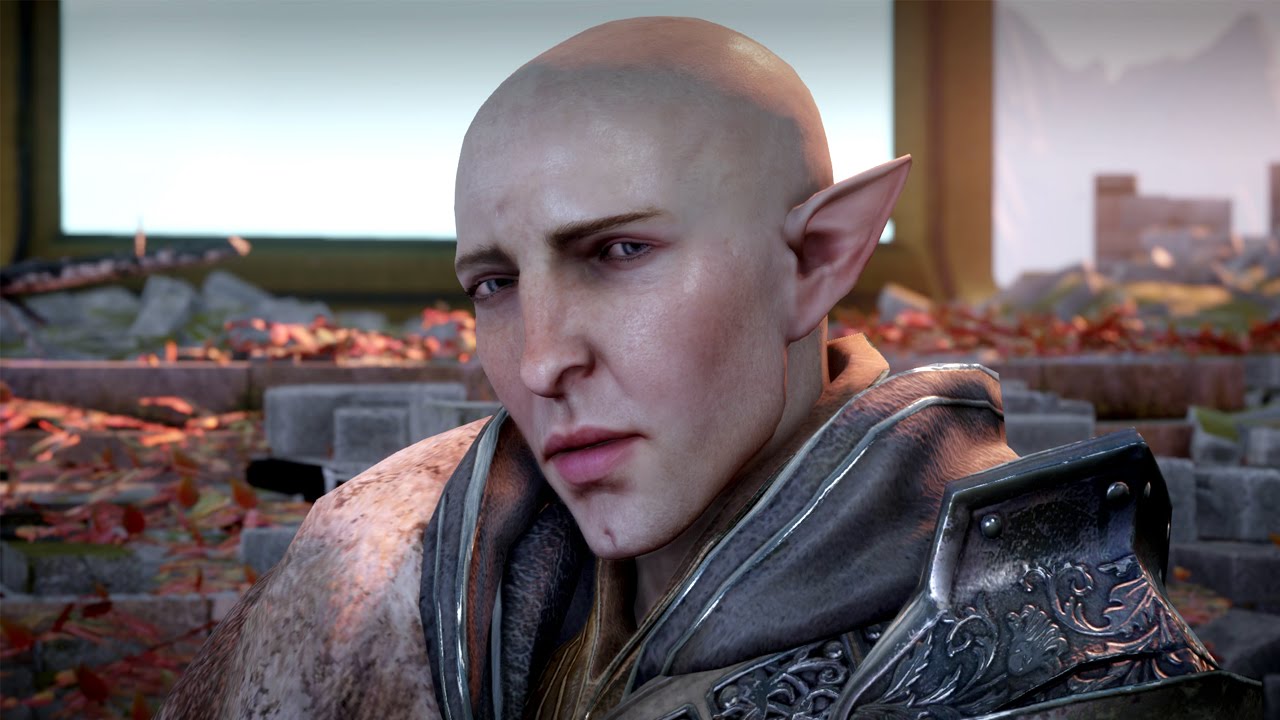 Solas is your expert on the Fade in Dragon Age: Inquisition. He’s a wandering mage that taught himself to master his abilities. He has study and entered the Fade many times learning and speaking with spirits. Solas at the beginning is likely the most thoughtful and understanding to the Inquisitor’s confusion of their new abilities. His arc in Dragon Age: Inquisition is likely the saddest. And the continuation into the Trespasser DLC gives even more insight to his character’s true backstory and the cause of the events for the main game. I don’t want to give away spoilers, but his arc alone made me replay the game just to romance him and get an even deeper image to his character.

It’s just not a good list if we don’t include our long-time favorite, Link. Though some may argue that Hylian is not really an elfish race, we here at Bit Cultures beg to differ. Link and Zelda do have the appearance of humans, but their pointed ears are reminiscent of elves in almost every fantasy-world depiction. Said to be created by the goddesses, Hylian’s ears allow them to hear special messages from the goddesses themselves. Nothing more fantastical than that.

We all know Link from our childhoods, whether it be from the original game to Ocarina of Time to Wind Waker. We’ve been with Link when he was smashing pots, chasing chickens, slashing enemies with his trusty sword. Some of Nintendo’s best games have been those featuring Link and his elfish ears. Link has proven to be a tried-and-true hero of whatever realm he is protecting. Each Zelda game is unique but still retaining the feel of what makes a Zelda game a Zelda game. With the newest game, Breath of the Wild, releasing sometime in the summer of 2017, we’ll all get to enjoy our favorite Elf(ish) hero smacking down new enemies and saving princesses.