If there is one positive comment to be made about 505 Games’ Naughty Bear, it is that there isn’t another game quite like it. This is for good reason, of course. After the brief but entertaining introduction, Naughty Bear is a game that completely falls upon its own knife.

As I stated, the intro to Naughty Bear is entertaining. The game is narrated by a tongue-in-cheek narrator who speaks directly to Naughty. Turns out it is Daddle’s birthday party, and Naughty wasn’t invited. Not particularly worried, Naughty makes a gift for the party and heads on over. Before he reaches the birthday bash, two dastardly bears poke fun and laugh at Naughty, sending him home in frustration.

The solution to Naughty’s bullying? Why, dismemberment… of course. And that is the summation of Naughty Bear. You play as Naught and spend your levels gaining points by terrorizing and murdering the other bears. A large number of weapons, environments, and, to some extent, strategies are available for you to utilize in your teddy despair. As your score rises, Naughty is able to advance to the next zone until he reaches the final piece of each stage. 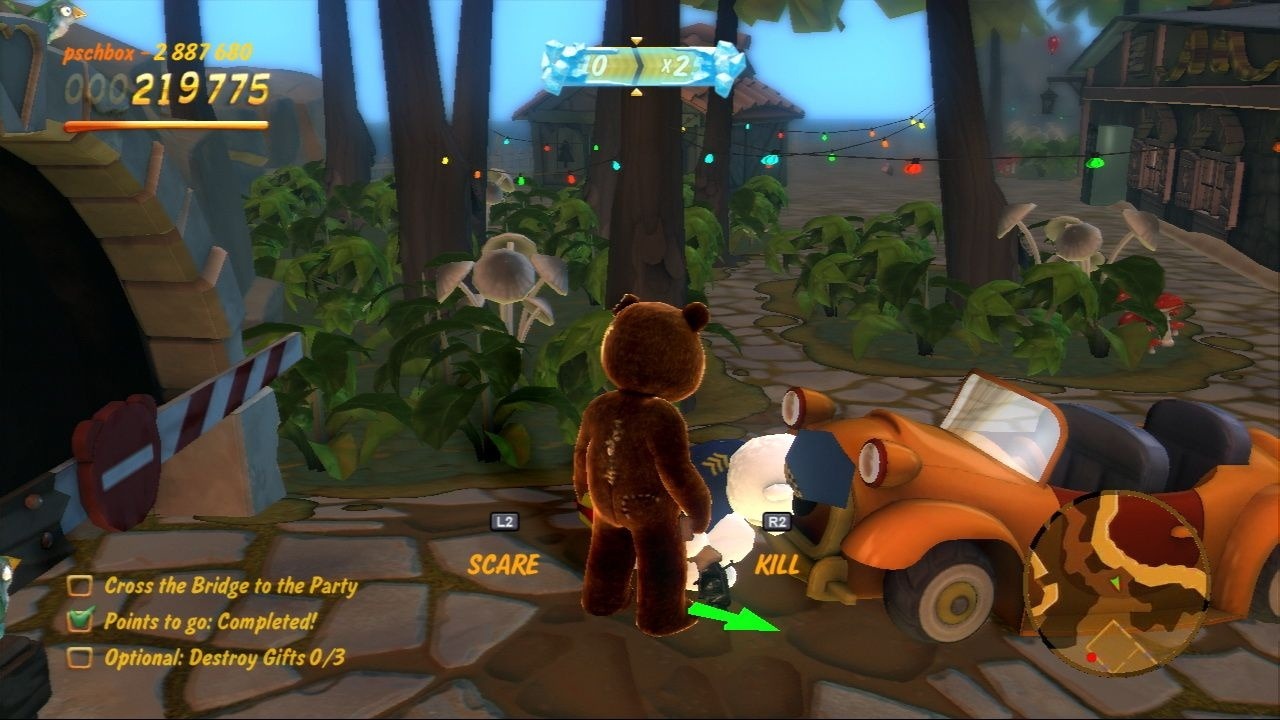 Gameplay in Naughty Bear runs like a stealth/action murder fest driven by a score. For each bear you terrify (sometimes unto death) or murder, you gain points. Various power ups can be spotted throughout the terrain that freezes your multiplier bar, allowing you to continue to increase your score rapidly.  Unfortunately, the gameplay is rarely exciting and almost instantly stale. On top of that, the mechanics don’t exactly work as intended. For example, attempts at stealth often fall through for various reason, though most of which are not user error.

Strategizing your course of actions, I suppose, is the high point in Naughty Bear. Naughty can use the majority of each environment he rampages through to his advantage, either to scare the bears stuffingless or to send them to their maker. Each level has a theme, and included in that theme are thematic means to murdering your bear acquaintances. For example, in Daddle’s birthday party, a turn table can be used to end a bear.

Sometimes your strategies actually come to fruition. Bears who have been frightened to a breaking point will react in different ways. So if Chubby has been antagonizing you, and you believe he deserves a torturous end, then terrorize him until he breaks and finds a way to off himself. For example, murdering a bear in front of another will cause significant psychological damage and may ultimately lead the bear to suicide. 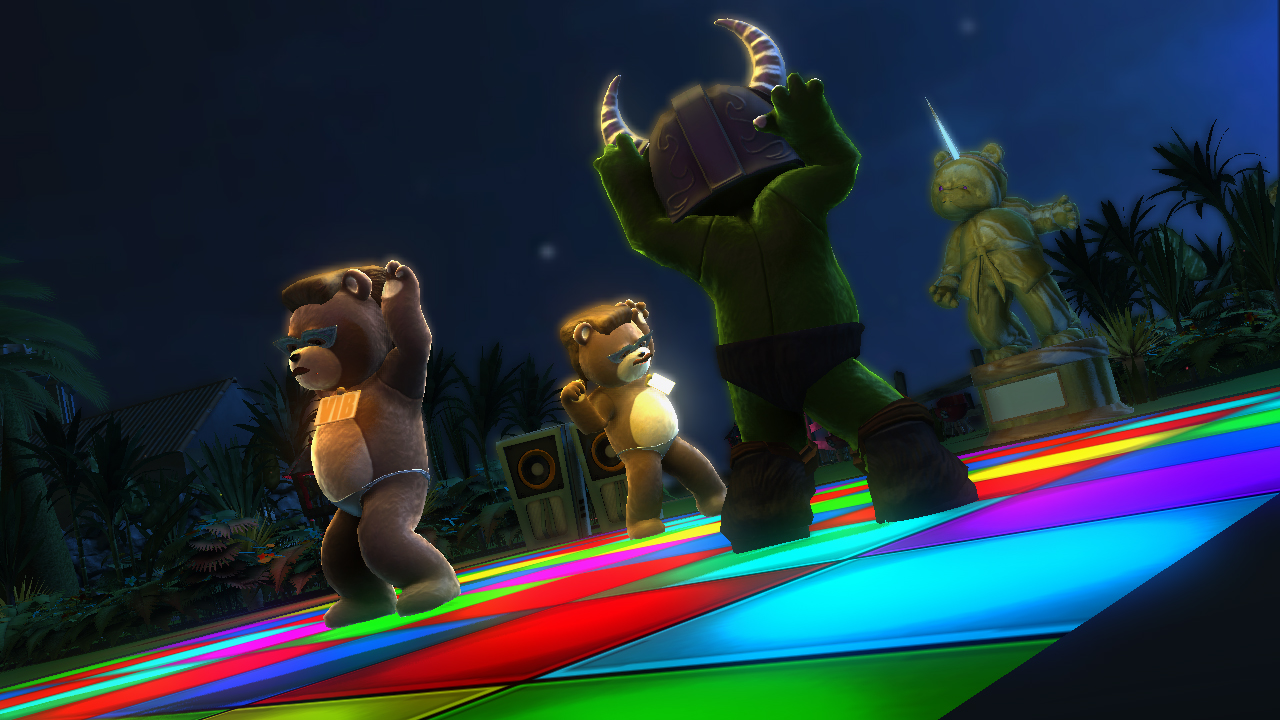 Again, this is all based purely on if your game isn’t causing issues. So often in Naughty Bear I was left grumbling in frustration because the game itself glitched. But even when the game worked properly, I quickly became bored with the continuous slaughtering of bears. Not only was there only a certain number of options for Naughty to take, but after one or two levels, you’ve literally seen the whole game. Sure, the game introduces a terrain-specific killing option every so often, but a knife or a bat or sabotage always seemed to win.

Finally, for reasons unknown, 505 Games included a multiplayer for Naughty Bear that was pretty much dead upon release. The multiplayer consisted of two game modes, neither of which were any fun (or worked). I happened to be able to play one match near release date, and won (I have the trophy for proof). Never again did the multiplayer connect to a game after that.

In conclusion, Naughty Bear offers an extremely brief amount of fun that quickly turns itself into monotony. Some gamers may find niche fun here, but most will find it a waste of time and money. While the narration occasionally offers some dark humor, the whole of the game lacks polish in presentation and gameplay mechanics. Little replay value is to be had, unless you find the unstuffing of bears to be a hilarious endeavor. The next time you find yourself in the bargain of bargain bins with Naughty Bear in your hands, stay as far away from it as you can.