In a fresh industry that is still expanding at a booming rate, the video game business does not fear giving women leading and powerful roles in more and more titles, whether they be high-profile or not. That is something that I’ve always commended the industry for doing, as I have always gravitated toward female protagonists in everything from books and movies to of course, video games. As a kid, I never owned a copy of Super Metroid, but had a friend that did. I will never forget that moment when I went over to his house and played the game for the first time ever; fifteen or maybe twenty minutes passed until I finally lost all of my health, and it was revealed who was under the awesome, armored suit… Of course, the entire time I assumed I was playing as a badass, alien killing dude. But in the moment when a blonde, long-haired woman was revealed, it literally blew my tiny, ten-year-old mind. Samus being revealed as a woman probably made me love the game and character even more, and thinking back to that point, it also probably ignited my love of strong, badass female protagonists. Back in those days (SNES – early N64) there weren’t many games where female characters took on leading roles, at least in the case of big name titles. But as the years progressed, developers have been more open to the idea of having their title’s protagonist not only be a female but also have women in general play much bigger roles in games than just a “damsel in distress.” 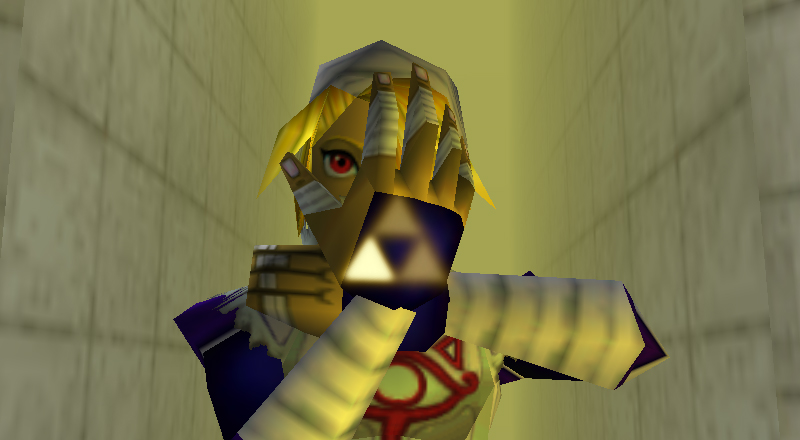 Although not a playable protagonist, Zelda in the Ocarina of Time iteration of the title has shown just how much developers are willing to put women in powerful roles, especially with the revealing of Sheik. Almost as powerful of a moment for me as Samus being revealed to be a female, Sheik’s unveil in that one crucial scene inside the Temple of Time was just as mind bending to me as the “Samus was a girl?!?!” moment I had as a child. For the first time, Zelda wasn’t just a princess that needed to be saved, but instead she was out in Hyrule, putting herself in harm’s way in order to guide Link the whole way through. Obviously, she held her own as she was only seen when she wanted to be seen, and in a way, without Zelda/Sheik the player is almost left wondering how far Link would have gotten in his journey — it has even been argued that Zelda actually strikes the final blow to Ganon. Sheik was always my favorite character in Ocarina of Time, even without knowing her gender, but once again, the reveal of Sheik actually being a female increased my interest in her. The idea of Zelda playing a more powerful and leading role lived on in future titles, most notably in Wind Waker with Tetra. Although Zelda is not the protagonist of the game, I love and admire that more current titles have the game’s titular character represent a more vigorous figure. This was a significant stepping stone that would eventually lead developers to not shy away from having dominant leading women be represented in their games. 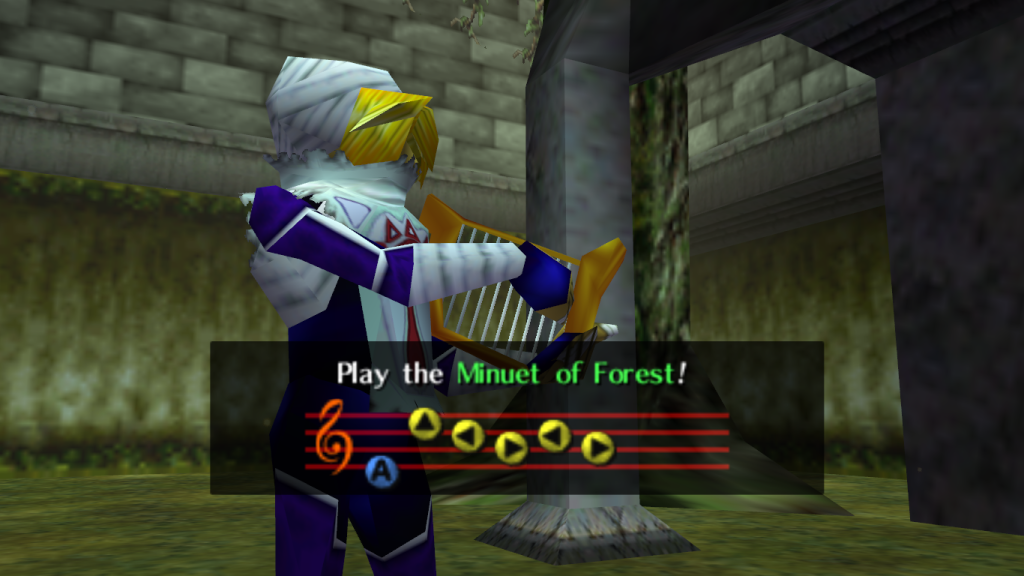 In what I consider to be an almost evolutionary process in the development of female characters in video games, Zelda’s role in Ocarina of Time is one that advanced the progress dramatically. Zelda, being one of the video game industry’s most adored damsels, changed the industry when she finally broke out of her stereotypical role with the debut of Sheik. To my knowledge, Zelda was the first well-known female character to break this mold. The shifting of Zelda’s damsel-in-distress role to a more commanding figure was a huge turning point for developers. People finally seeing and realizing that women don’t always have to play the damsel role was just what the industry needed to have more strong female roles take the lead in some of their own titles. This brings me to the one character that inspired this whole article, because it wasn’t so long ago that she once again reignited what Samus did for me so many years ago – Bayonetta.

My love for Bayonetta knows no bounds, as a character, protagonist, and strong female sex symbol of the video game world. In Bayonetta’s case it wasn’t so much the reveal of the character, but the bewilderment at how perfectly she is portrayed as a strong, sexy, leading female character. Being a little older when I picked up Bayonetta for the first time, I knew exactly what I wanted from her as the leading character, and I wasn’t going to settle for anything less. In Bayonetta’s case, if it was done wrong in the smallest way possible the game would have come out extremely sleazy and almost misogynistic. In neither game is she portrayed as weak in any way. Even with a suave, smooth-talking potential love interest in Luka, she pays no mind to him, to the point of talking down to him, rather than seek any sort of help from him. She’s risqué and sexy which is why people who only see pictures and videos of the game get tricked: you swear this is all some great plan to solely play as a half-naked witch. Wrong. Her sexuality is key in her being a strong female protagonist, since she owns it in such a way that is empowering… You’d think that I would feel weird or even awkward playing as a witch that slowly gets undressed as she combos, while Sailor Moon-esque music blasts in the background, but no. Not at all. I loved it and felt like a complete badass playing as her, more so than I have with playing any other character in the last few years. 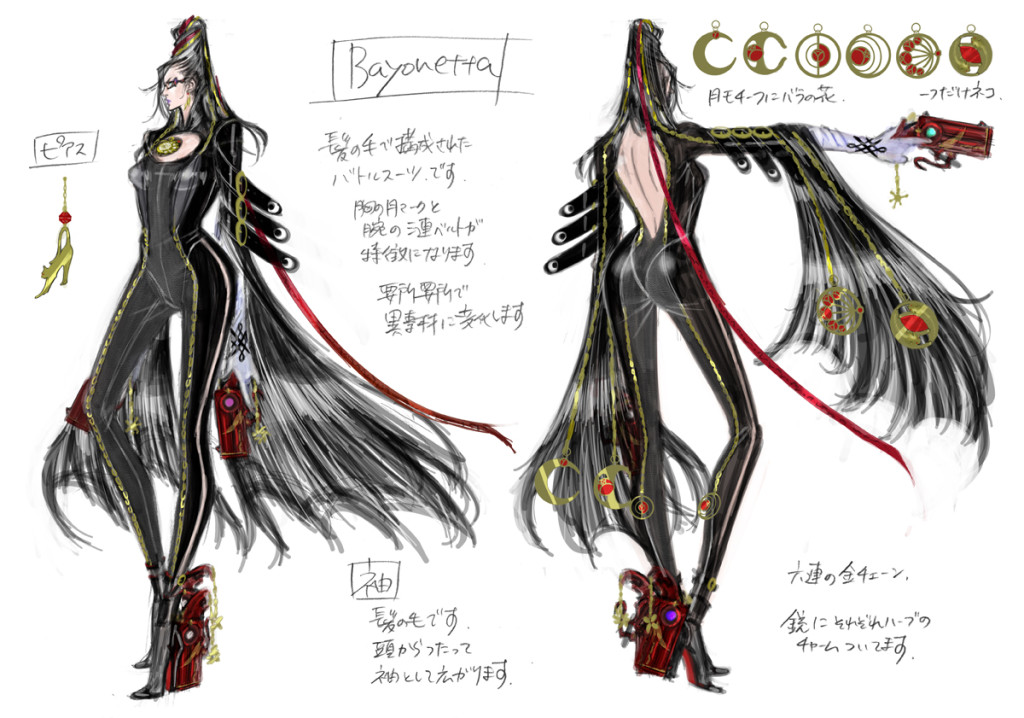 Bayonetta’s presence and portrayal is something that I hope will influence the video game industry and have a huge impact on the future of strong female protagonists. Her character was executed perfectly, and it shows that you can do sexy without looking sleazy, and strong, without the need of a whole ensemble. Unfortunately, Bayonetta was a game that was left to die: although it received amazing reviews overall, its profits were low. With that alone it was left in the dust, only to be picked up by what almost everyone considers the most “innocent” company – Nintendo. Being picked up by Nintendo, a company fully aware that future titles could make no money, proves to me that this type of character archetype very much works and jives well with people, no matter the sales.