Animal Crossing has captured the hearts and minds of many gamers across the globe with its cutesy style and down-home, humble neighborhood themes.

Many players have found catharsis in various aspects of the game, whether it be fishing in the stream, netting the season’s bugs, catching up with the locals, or expanding your house and designing it to be bigger and better than ever before. Animal Crossing’s day-to-day system, though, often made the game’s slow-paced nature cumbersome, and so some players may have resorted to “time-travelling” to get the items and favorite villagers that they were searching for. But most resign to playing a little bit each day, making sure that the town is in order before checking up again the next day.

Animal Crossing: Happy Home Designer is a unique spin-off of the main series titles, in which you are a new and eager recruit in the Nook’s Homes family. You are thrown into the world of home design by Lottie, a young pink otter with a passion for fashion. You help various villagers make their dream homes a reality by adding your special touch to the vision that they paint for you. 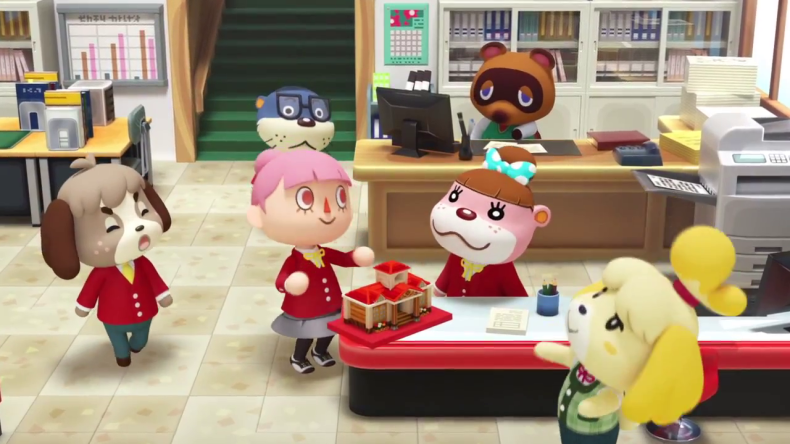 Happy Home Designer appears to be a one-trick pony at first glance – the literal ONLY thing you do is decorate the houses of the other villagers, and eventually schools and other buildings. But something that is interesting about this new way to play is that you set the pace. No longer will you have to wait for a day to pass to get new and exciting furniture to choose from. Each “day” is determined by finishing a job, and finishing it out by writing in your log for Tom Nook. You may take as long as you like to complete a job, and once you’re finished, you may immediately go on to the next day. No waiting. No wondering when you’ll FINALLY GET THE LAST PIECE OF THE MERMAID SET OH MY GOD IF I DON’T GET THAT LAST PIECE AND FINISH MY GODFORSAKEN LIVING ROOM I AM GOING TO STAB TOM NOOK IN HIS BIG FAT TANUKI –

But every day is recorded at your leisure. Players may play as long as they like, as many times as they like, until they wish to turn the game off. Interestingly enough, though, is that even though you can technically play for hours on end, the game is only as much as doing the same thing over and over again. One can only design so many houses or buildings without getting bored. Players will find that this game is best suited to playing during a break at work, or right before settling into bed at night. Never was I able to play for more than an hour at a time. Some may say “Well, then it’s just the same at the past Animal Crossing titles! You can never play for long periods of time!” But it is here that holding the reins in pacing is the most important. Players can come and go as they please without missing anything they might want. Nothing is lost if you decide not to play for a week, and so it will be easier for longtime fans of the series to return to the game long after the hype has worn off. On the other hand, newcomers to the series are able to get a taste of the slow-paced nature of the games without having to commit to the entire thing. Everyone is able to pick up this game and enjoy it at any stage of familiarity to the series. 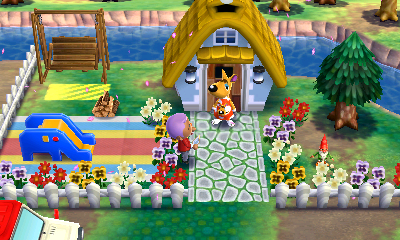 Each day provides you with a set of tools and a theme. The amount of furniture is vast and the theme consists of a vague description of what the room should resemble (i.e. – “A humble home” or “a place for my kids to grow up in”) and a few key items that the home must contain. The rest is up to you. You can determine where in town the villager will live, what the outside of the house will look like, and what the inside of the house will look like. You can decide what size the house will be and even the shape and color of the windows and drapes – nothing is left out. Happy Home Designer does a wonderful job at allowing you to really get into the nitty-gritty of customizing a house, and with very few stipulations at that. It feels like you really feel like you have a say in your favorite (or least favorite, for that matter) villager’s new home.

But in a way, herein lies a problem. Fans of the most recent Animal Crossing title, New Leaf, will remember Nook’s Homes being the residence to quite the picky bunch – the Happy Home Academy. The Happy Home Academy would come once a day to view and rate your home based on the appearance and placement of certain things, under the guise of “feng shui”. They would give you a number score every day based on how well they believed your room was decorated, and then give you certain tips to making a better, more well-decorated home. For some, the HHA was a voice of encouragement in the distance, and to others a challenge that would never be fully conquered. But regardless of what you thought of the HHA, it was an interesting mechanic for those who were aspiring design experts. 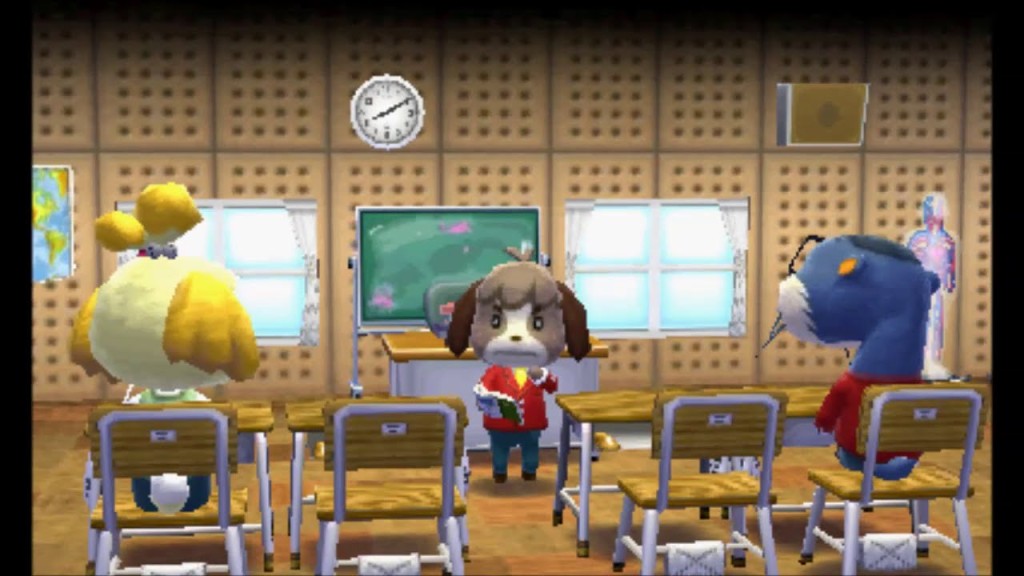 In Happy Home Designer, the HHA is an empty shell. There is little to no grading system for how you design any house, whether it be inside or out. As long as the required items are in the room, the villager TOTALLY LOVES the room, and everyone is pleased with you as a result. Now this kind of patting on the back is all fine and good, but this makes the game very easy and almost kind of a bore after a while. Being told you’re a master designer every single time is fun, but what if a room you design is actually…dare I say it…bad? When players new to the series are constantly told what they’re doing is good, and then proceed to pick up New Leaf and get slaughtered by the HHA, they’ll wonder why Happy Home Designer taught them so poorly. Is it really a good thing to not have a rating system, even a more lenient one, based on the one from the original games? It’s understandable that the game is intended to be laid back, but without that backbone, no new players are going to stick around to hear that the design sense they thought they had turned out to be lousy all along. Some may disagree, and argue that this adds to the easygoing and free nature that the series is known for, but this just seems to be a hard way to attract newcomers.

On a lighter note, veterans will now get to see more into what their favorite villagers are like by seeing what home they would like to have designed, making the game all the more real. For example, a friend of mine sees her favorite villager Butch to be a bit of a cranky fogey, but a sweet and refined puppy dog at heart. She pictures Butch as liking to read a lot and spend his evenings sipping coffee after a relaxing day in town. When I encountered Butch in Happy Home Designer, however, he told me that he prefers his house to be designed in “dog park” style, complete with dog house and fake grass. It allows players to really get in touch with the characters in the game, and make the world a little more whole that the little things that villagers may say in the games.

Overall, Happy Home Designer is a fun way to pass the time. Certainly not a revolutionary game, and certainly not a perfect game, but it’s an interesting take on the Animal Crossing series – having zoomed in so closely on just one aspect of the series is a breath of fresh air. Despite a minor hangup, Happy Home Designer is cute, quirky and fun for anyone looking for a casual game with a lot of heart.