Beauty is in the eye of the beholder, or so they say.

Please note that I do not intend to belittle a tragedy. The tragedies I reference below are stark examples of the horror that can exist in our world. It is on us to remember those who were lost, help those affected, and build a brighter future for ourselves and those who will follow.

In recent years, the video game industry established itself as a legitimate source of revenue, estimated by Newzoo to reach $91.5 billion by the end of 2015. As a business, it is hard to refute the growing popularity of video games regardless of their platform, shape, or size.

As the industry continues to mature and strengthen, it draws the ire and attention from those who believe it to be harmful. Biased figureheads fear that games motivate and spur violence in the minds of the young, creating rage fiends incapable of choosing between right and wrong, ones who find it impossible to suppress aggressive behavior. Research has yet to be entirely conclusive, with the American Psychological Association reporting that “no single risk factor consistently leads a person to act aggressively or violently.” They go on to acknowledge that violent video games can be one factor that is a part of “the accumulation of risk factors that tends to lead to aggressive or violent behavior”. In other words, it’s possible that violent video games may perhaps contribute to a violent outburst if it’s combined with a variable other amount of other factors. Since every individual is different and responds differently to multiple stimuli, then a video game can be a large or non-existent contributing factor. I’m sure violent television is a factor, though it’s rarely an issue. Bad parenting and bullying can take the blame, too, right?

I mean… I imagine this fear stems from the same terror that plagued the music industry after Columbine. We, as a culture, need a scapegoat when tragedy strikes. We have a hard time accepting any blame. Sure, they may be contributing factors to a said example, but then again… they may not.

I propose another outlook on video games, one that has gained steam over the past couple years. Regardless of one’s stance, research, opinion, etc. on whether games induce aggressive behavior and violence, one should take the time to consider gaming, both the process and the product, as art and literature.

Merriam-Webster.com defines art as “something that is created with imagination and skill and that is beautiful or that expresses important ideas or feelings”.

Likewise, Dictionary.com defines literature as “writings in which expression and form, in connection with ideas of permanent and universal interest, are characteristic or essential features, as poetry, novels, history, biography, and essays”.

When pairing these definitions, one can make a logical case that game development and creation is, in fact, a work of art and literature. (As a note, I am separating art and literature because I want to examine games as both and not one-in-the-same). Developers and writers certainly design games with an overflow of imagination and skill, and often release a product that is beautiful and loaded with important ideas and feelings.

For example, The Last of Us, which originally released on the PlayStation 3 back in June of 2013 and later on the PS4 as a remaster, is a masterpiece of art that displays a beautiful and tragic world and relationship between Joel and Ellie. It explores life at the end of our civilization after an airborne pandemic. As a type of father figure, Joel understands what he took for granted in his past life. Meanwhile, Ellie has no idea what the world used to be. What does it mean to be a parent in the apocalypse? What does it mean to be an orphan, born with little-to-no prior knowledge of how life used to be? The emotions the player deals with, particularly at the heartbreaking intro, are very real.

The themes in The Last of Us are also indicative of art and literature. Your usual literary tropes of man vs. man and man vs. nature remain present, and the obstacles the characters must overcome are also evident. The Last of Us is able to accomplish the ability to explore a tragedy and teach/learn from it.

The Last of Us is beautiful. It’s difficult to argue–though, again, it is all in the eye of the beholder. The ideas of family, trust, survival, and how people change in the face of devastation resonate with the player and, arguably, to any who do not identify themselves as gamers.

Now, in regards to literature, it is incredibly difficult to argue against The Last of Us. “Writings in which expression and form, in connection with ideas of permanent and universal interest, are characteristic or essential features…” I have excluded the types of literature, as there are more examples of literature than just what is listed. Of course the definition will not include games, but it should.

What’s the difference between a novel, a film, and a video game? Presentation. One is printed on paper or viewable on an electronic screen. One is an approximately two hour experience of motion pictures. The last is an interactive combination of the first two. All are composed for a purpose. Are there video games that reflect poorly on the industry? Of course. Are there novels that should not be considered a ‘work of art’? Damn straight. How do we, as a culture, allow Fifty Shades of Gray to blow up the box office and condemn sex in video games? How do we thrive with The Hunger Games and decry violence in video games?

Another example of a powerful narrative I will touch upon next time.

The Lord of the Flies is considered a ‘classic’ novel. The theme of humanity, of really observing humanity, is key to the fiction. Yet the novel involves the murder of children by other children and other dark details. So why do we read and teach this in schools throughout America? Because it is important to consider and discuss, understand the ideas and themes and struggles within the text. Why, why, why can we not extend the same curiosity to gaming?

The simple answer is that we have a hypocritical society that is, at its core, afraid of change. We’ve also bred a new generation of hate and ignorance. Our problems stem from a lack of knowledge and education, not the video games, music, movies, or art that an evildoer perused before striking tragedy.

Life will not always be an easy experience full of pleasantries, nor should it be. Without struggle, what room do we have to grow? 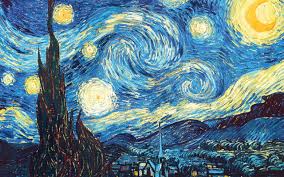 For the sake of brevity, I will conclude this article by making three closing statements.

1. I will write again in defense of gaming as an art form using other examples.

2. Keep an open mind about the world in general. It’s a beautiful place filled with wondrous miracles, and it could be a welcoming home if we tried.

3. The industry is making large strides in maturing. It’s not where it needs to be, yet, but it’s making progress every day. Perhaps we should follow its example.

This piece of art sold for approximately $44 million.